Following a prolific period when Ginger Baker made his name with Cream, Blind Faith, and Ginger Baker’s Air Force, and collaborated with Fela Kuti, the mid ’70s found the drummer setting up a recording studio in Africa, playing polo, trying to kick heroin, and later forming another short-lived rock band, the Baker Gurvitz Army. By the early 1980s, Baker had moved to Italy to try his hand at olive farming. He played very little drums during this period but was eventually coaxed out of “retirement” by producer/bassist Bill Laswell, who produced PiL’s Album, which we discussed in Part 2 of this feature. Laswell’s hand is also all over Baker’s proper 1986 solo album, Horses & Trees.

At only six tracks and at a mere thirty-four minutes in length, Horses & Trees is an all-instrumental affair of pulsating rhythms and crafted textures. This is not the wild-eyed double bass mayhem of Baker’s early years, but signature playing still emerges from the veteran drummer. Opener “Interlock” is a tight, insistent, funky tune. Baker lays down the 2 and 4 like his life depended on it, while Middle Eastern–sounding guitars and organs and bass lines swirl around him. There’s a vibe set here, and Baker “behaves” in the best possible sense, letting the melodies carry the music. These flavors continue in “Dust to Dust,” where one of Laswell’s frequent collaborators, guitarist Nicky Skopelitis, plays an almost country-ish picking lick on top of Baker’s four-on-the-floor kick pattern. Baker’s placement of a heavy snare backbeat on the 4 makes everything feel like he’s slowing the music down, but he’s got your head bobbing nonetheless. Baker moves both hands to his snare for a march-like straight New Orleans feel, and the effect is sublime. Again, absolutely no pyrotechnics and almost no fills to speak of. When Baker throws something in, it’s within the context of the overall feel and beat—and forget hearing a big crash cymbal at the ends of phrases; it’s almost as if he didn’t even have them set up. Later Baker does work a ride on the funky “Satou” and shares some space with the percussion on the bombastic toms and snare workout “Mountain Time.”

For another Baker/Laswell world music-meets-hypnotic jazz effort, seek out Ginger’s 1990 album, Middle Passage. It’s one more example of how the drummer can massage his playing to also be a cog in the grander machine, just one singular part of the rhythmic line that makes everything sound as a whole together. Baker gets his licks in, but Laswell grounds him successfully and adds other percussionists to the stew, so the record achieves a “bigness” without anyone taking too much of the center stage. 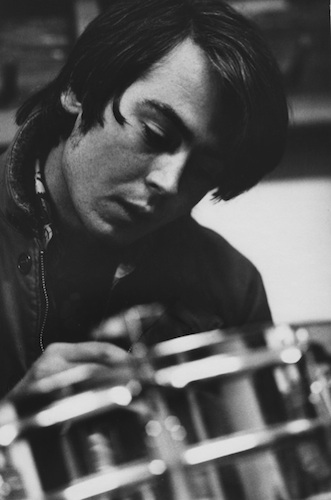 WHAT DO YOU KNOW ABOUT Joe Butler 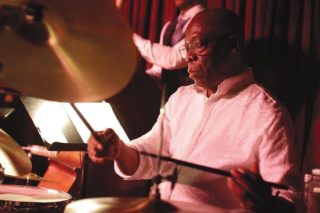