For twenty years, internationally renowned frame drummer Marla Leigh’s dedication to performance and her founding and management of the online school Frame Drum Academy kept pushing her dream of recording an album to the back burner. But last year, at the end of a tour, a small leap of faith set the wheels in motion that led to her powerful new record, Rhythms of Tof Miriam.

Initially, Leigh’s goal was to record one song and shoot an accompanying video in Israel. But a series of fortunate coincidences cleared the way for a recording session with an engineer attuned to the intricacies of the frame drum, and she returned home to California with a debut album that’s not only full of meditative performances, but replete with complex rhythms over large time scales.

“Rhythms of Tof Miriam is an homage to Miriam the Prophetess,” says Leigh, “sister of Moses and Aaron and a seminal figure in the ancient tradition of female drummers that existed in cultures all over the world, more than 3,000 years ago. In Hebrew ‘Tof Miriam’ literally means ‘the drum of Miriam.’” 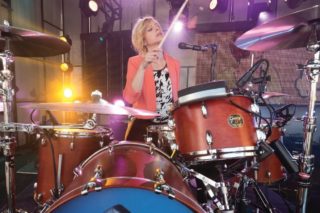 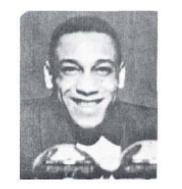 From The Past: Chick Webb 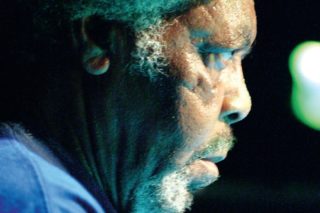