How can you expand your drumming palette for only seven dollars and in only thirty minutes? Access is available—are you ready to commit?

For a mere seven dollars per video, you can sit at the feet of Dafnis Prieto, 2011 MacArthur Genius Fellow, 2018 Grammy Award winner, and faculty member of the Frost School of Music at the University of Miami. The Cuban native’s two new video series, Lessons and Flying Solo (available at dafnisonmusic.com), delve deep into rhythmic independence, Latin basics, soloing, concepts, improvisation, and “composition as the conduit to reach the fountain of inspiration,” as described in Prieto’s press materials. 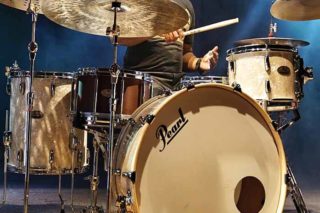