Having recorded and/or toured with archetypal prog bands Yes, King Crimson, U.K., Genesis, and Gong, Bill Bruford has rightly earned his reputation as one of the founding fathers of British progressive rock drumming. Exhibiting a mastery of odd time signatures, a passion to experiment with electronic percussion, an instantly recognizable stinging-ringing snare sound, and a willingness to slip into new and challenging musical settings has afforded Bruford the rare status of royalty in the professional drumming community.

Legendary for his restless creativity, Bruford shocked his bandmates and the music industry at large when he exited the commercially successful Yes for the semi-improvisational King Crimson in 1972. Decades later, musicians of all walks still marvel at the young drummer’s conscientious risk-taking maneuver. “He was so daring, a kid really, in the late ’60s and early ’70s, and in a band many people might think was one of the most pioneering progressive rock groups in the world,” says Mike Portnoy (Neal Morse Band, Sons of Apollo, Dream Theater co-founder). “The fact that even this was not enough for him I think says so much about his character and need to explore.”

Collaborating and at times rhythmically colliding with Crimson’s avant-garde percussionist Jamie Muir, Bruford nudged and bolstered the structure of the very musical apparatus that sustained him—underscoring the fluidity of progressive rock. Bruford’s post-Crimson years of the mid-1970s were spent as both a master musician set adrift in an increasingly corporatized and commercial music industry, and as a free agent seeking to improve his individual listening skills, sharpen his technical acuity, nurture his budding compositional instincts, and discover, if not stumble upon, the all-too-often elusive moment of invention—the sound of surprise. 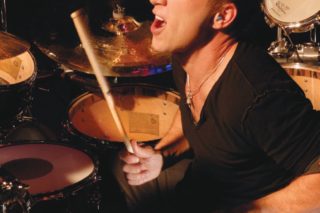 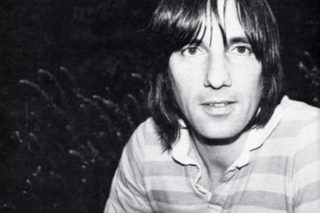 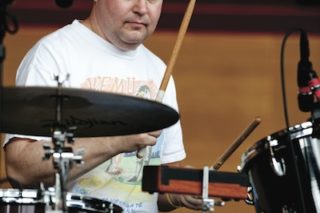