While the legendary Elton John drummer has been a DW drums endorser for years—the company famously built him a custom kit for the pop star’s 2012 Million Dollar Piano Las Vegas residency that displays the badge of the Royal Air Force No. 610 Squadron, of which he is an honorary member—during Elton’s ’70s and ’80s heyday, he played Slingerland. Olsson used the kit shown here on multiple tours, and variations of it in the studio. Nigel spoke about the kit in his February 1985 Modern Drummer feature:

“I designed the drumkit ten years ago and had Slingerland build it for me. They built six kits for me, two of which I still have. But I had it all oversized—outrageous sizes. All wooden rims because in recording, particularly, the wooden rims cut down a lot on rattles and stuff. The stage kit has the metal rims, because they are a little bit louder and they travel better. When they built the kit, after they had done the six, they destroyed the molds so there is no chance of any more. There’s one studio kit and one stage kit.

“[I use oversized drums] just for tonal quality really. I wanted them as deep as possible because I’ve always gone for that deep sound. The note carries on longer than a regular drumkit. The length provides the tonal quality. They’re the standard sizes, but just [with] the elongated shells. The bass drum is like a cannon. It’s very, very deep, but not big around. It’s only 20”. The length gets that big, big sound.” 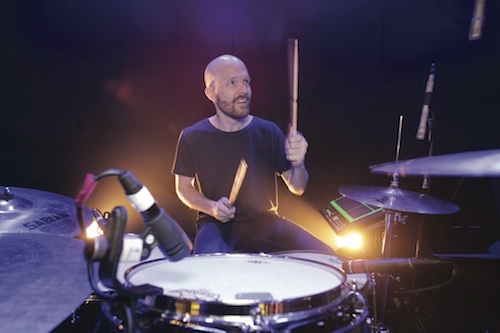 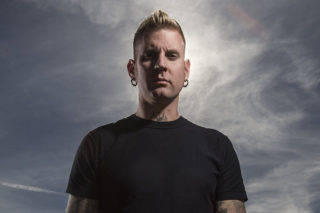 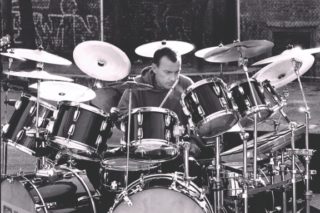 Neil Peart: The Evolution of a Live Rig
by Ilya Stemkovsky 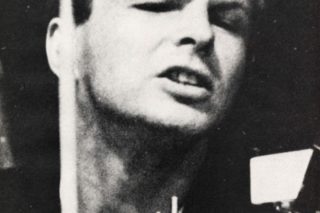