Drummer Khari Parker passed away on June 27. He was forty-six. Widely respected for his diverse musical skills and top-flight professionalism, Parker was a first-call player for many of the top bandleaders and producers in Chicago and throughout the country. Over the course of his thirty-year career, he performed all over the world with artists ranging from Chicago’s New Direction gospel choir, to Destiny’s Child, to his most recent employer, jazz guitar icon George Benson. Equally at home on the arena stage or in the juke-joint dive, Parker possessed a command of the drums that he’d cultivated over more than forty years of consistent study and practice, and he committed the same level of energy and quality to his performance regardless of the venue.

Raised in the church, the young Khari got his start by taking lessons with Jim Walton, the drummer from his church, the Apostolic Church of God. According to Walton, Khari thrived from the early age of three years old, with advanced stick technique, and by learning to play the rudiments using alternative names that he could more easily pronounce while playing. “He was an amazing student,” says Walton, “always practicing, always improving. Khari took it all in, understanding most things and asking questions when he didn’t, and he kept getting better and better.”

Khari’s drive for continued growth was nurtured through his band director at Chicago’s Dunbar High School, Ms. Roxanne Stevenson, and he took lessons from her husband, Ronald, on weekends. Throughout high school Khari excelled in concert, jazz, and marching bands and in the school’s gospel chorus, and he began playing throughout Chicago for various community choirs while continuing to play weekly at church. He also began to receive calls to step into the jobbing scene. 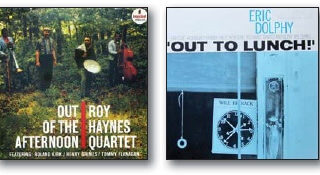 Bill Lordan’s From the Basement to the Coliseum 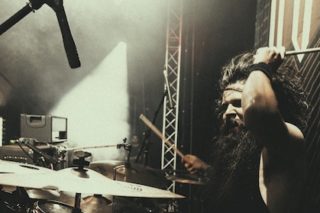 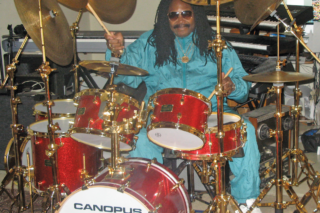