The long-delayed release of a live album by his new Saucerful of Secrets band provides a good opportunity to catch up with Pink Floyd’s sticksman—much better late than never.

This past March, two years after launching Nick Mason’s Saucerful of Secrets, the drummer/leader, along with Pink Floyd bassist Guy Pratt, keyboardist Dom Beken (the Orb), and guitarists Gary Kemp (Spandau Ballet) and Lee Harris (the Blockheads), were looking forward to the April release of the group’s debut album, Live at the Roundhouse, celebrating the first screenings of its accompanying film in theaters, and gearing up for a European tour. Well, we all know what happened next. Like the rest of us, Mason and company had to postpone all of their plans indefinitely.

As the music industry adjusted to the new abnormal, release dates were reset for thousands of albums, including Live at the Roundhouse, which finally dropped this past September 18. For many, it will be a thing of unexpected power and reinvention. 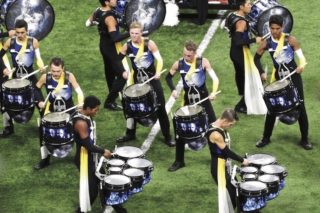 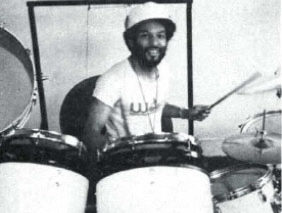