Not everyone would release an album in the middle of the pandemic. For Secret Machines, it seemed to be the perfect time to break their hiatus and share their new record, Awake in the Brain Chamber, for the sake of rock ’n’ roll. The drums stand out in a way that instantly captivates. Reminiscent of our favorite rock drummers, Josh Garza found his own expression with humble appreciation for those who inspired him along the way. Garza and I spoke about the unique recording process of this album, tragic life events, and the decision to release an album for the sake of sharing art rather than pleasing the “cycle.”

MD: What was the recording process like for Awake in the Brain Chamber?

Josh: These songs have a long history. In 2010, I moved to L.A. and Brandon went on tour with Interpol as their keyboardist. We took a break but didn’t mean for it to be a hiatus. Brandon was living and writing music in Vermont and wanted to start his own project. Then Ben [Brandon’s brother and member of Secret Machines] passed away, which threw him off course. 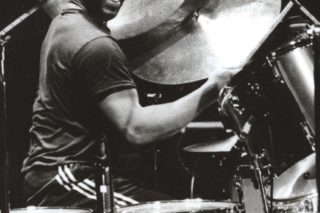