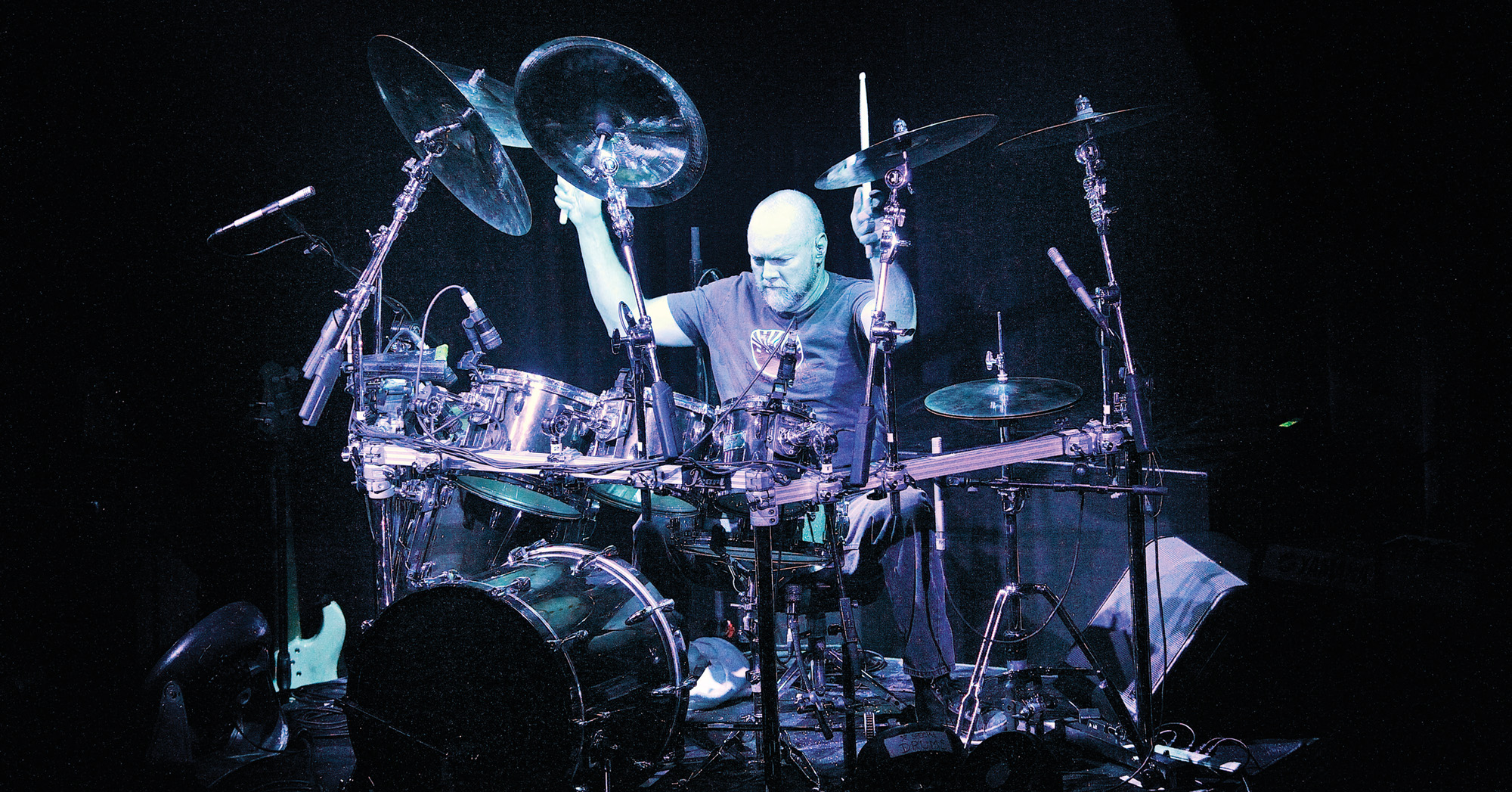 By blending Southern-rock roots with arena-rock riffs, 38 Special, from Jacksonville, Florida, came to prominence in the late ’70s and found massive success the following decade. Hits like “Rockin’ Into the Night,” “Hold on Loosely,” “Caught Up in You,” and “Second Chance” are still in regular rotation on classic-rock radio. And while Gary Moffatt wasn’t in the band during those salad days, he’s charged with bringing to life 38 Special’s big and bawdy beats, originally played by Jack Grondin and Steve Brookins, as if he wrote them himself only yesterday. Moffatt’s passion for his craft is evident in every performance, and he knows that audiences, and his bandmates, expect nothing less.

Moffatt, like so many drummers coming up in the ’60s, caught the bug after watching Ringo Starr with the Beatles during the group’s February 9, 1964, debut performance on The Ed Sullivan Show. Soon after, Moffatt was banging on everything in sight. Eventually he built his first drumset out of cardboard boxes. He received a practice pad in the third grade, which was followed by a snare drum. His first real kit came a couple of years later.

Today Moffatt is quick to thank his parents for their early support of his dreams. “They sacrificed so much in the name of love for me and my two brothers,” he says. “For example, they drove me and my drumset to school tons of times, until I was old enough to drive.”

In the early ’70s, Moffatt got his first van to haul drums and surfboards, as well as his first Honda SL 125 dirt bike. Whenever he wasn’t surfing or riding, he was sitting at his drums, stereo speakers blaring on either side him, trying to emulate his heroes. “I couldn’t understand at the time why I didn’t sound just like them,” Gary recalls. “Forty years later, though, I’m still surfing, still riding, and still playing the drums.”

Throughout his school years, Moffatt studied music and participated in marching band, jazz band, orchestra, and his church praise band. During this time he also studied keyboards. All of these experiences prepared him well for college-level training at the prestigious Berklee School of Music in Boston.

At Berklee, keyboard and music theory were the emphasis, and writing classical music and jazz remains a creative outlet for Moffatt to this day. But it was the drums that brought him work, including a role in a Top 40 funk band. “Late nights on the gig didn’t help at all when it came time to get up for 8 a.m. classes,” Moffatt recalls. When performing became a full-time gig, the drummer decided to leave Berklee after his first year.

Eventually Moffatt returned to his home in Florida and began working for a group led by Nick Russo, who’d been the lead trumpet player with comedian, actor, and bandleader Jackie Gleason for eleven years. The band, Gabriel’s Brass, featured four trumpets, four trombones, and a rhythm section, and they had a steady gig at Disney World. Later Moffatt toured with Floyd Radford from Edgar Winter’s White Trash, played in a number of successful regional groups, and accompanied former Bad Company singer Brian Howe on his first solo tour. 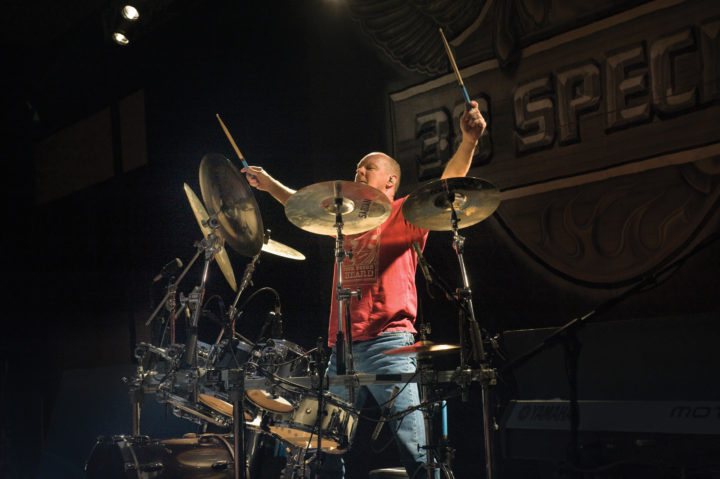 In 1997, 38 Special guitarist and vocalist Don Barnes called Moffatt on a recommendation from the group’s keyboard player, Bobby Capps. Drummer Scott Hoffman, who was leaving 38 Special at the time, also recommended him. “Two of the crew members for the band knew my work too,” Moffatt recalls, “and they also suggested I get invited.”

It was the kind of call that every drummer dreams of: an arena-level band with multiple radio hits and album sales in the millions. Still, after twenty-three years in the game, 38 Special was struggling to keep up with changes in the music business. It was far from the only established act experiencing hard times in the late ’90s, but unlike many others, the group hung in there, and with Moffatt on drums rebuilt its success from the ground up. “The band was playing clubs when I came along,” Moffatt says, “but we kept at it and built it back to where it is today. Baby boomers rule the world now and want to hear the music they grew up with. Along with that, we see their kids and their kids’ kids in the audience. Good music is enjoyed by everyone, and 38 gives them that night after night.”

Today Moffatt couldn’t be happier with the working conditions around 38 Special. “All the band members and crew get along very well,” he explains, “and the whole operation is consistent and professional. We have this down so well that unless we’re changing the set list, the crew actually does the soundcheck for us. And my drum equipment is so bulletproof, the drum tech does double duty running the light show. He’s quite good at that.”

In addition to touring and recording dates with 38 Special and other artists, Moffatt has done demo work and jingles for clients including Yellow Pages, Warner Bros., Fox News, Chick-fil-A, Budweiser, Walt Disney World, and Sea World. He’s also a dedicated drum instructor, mentoring a small number of aspiring players across the age spectrum. Like most good teachers, he stresses the rudiments. “They’re the foundation necessary for learning everything else on the drumset,” Moffatt says. “I make sure that all my students learn them and get a strong background in the fundamentals.”

These days Moffatt enjoys being semiretired—if you can call playing a hundred gigs a year being semiretired. “The shows are either sixty, seventy-five, or ninety minutes long,” Gary says, “with about 90 percent of them being the longer headliner shows. So if you add it up, I only work about 130 hours a year. The rest of the time I’m just relaxing and waiting for the show.”

Between tours, Moffatt enjoys life at home on the Florida coastline. A typical day finds him on his WaveRunner or surfboard—when he’s not running down the highway on his Harley-Davidson Fat Boy. “I’d like to develop an R&B/funk band someday to play along the beach area,” the drummer muses. For now at least, he’s happily continuing his working relationship with 38 Special, whose current tour runs through mid-October. 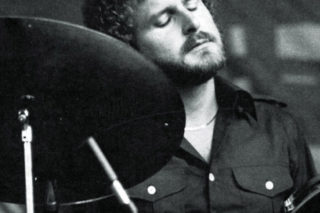 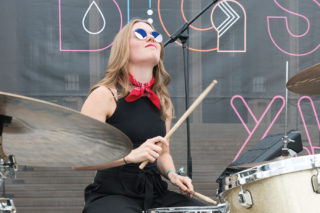 From the Track to the Stage: Breathing Life into a Recording
by Kristen Gleeson-Prata 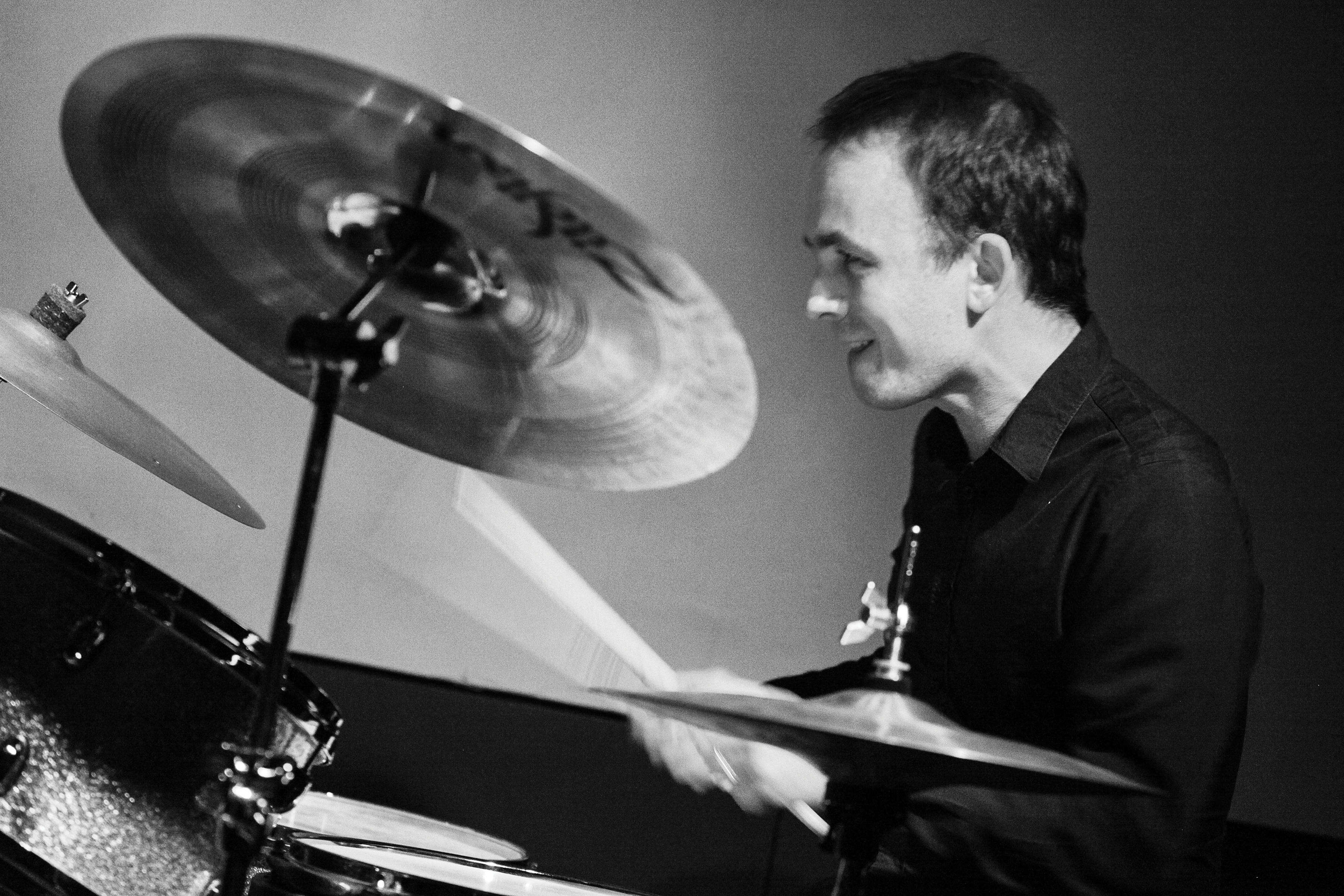 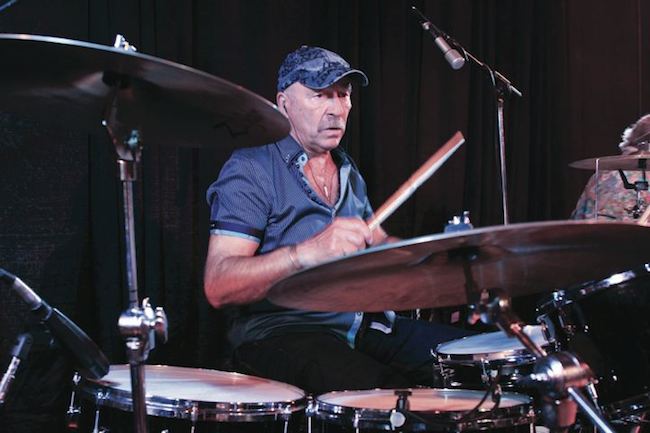