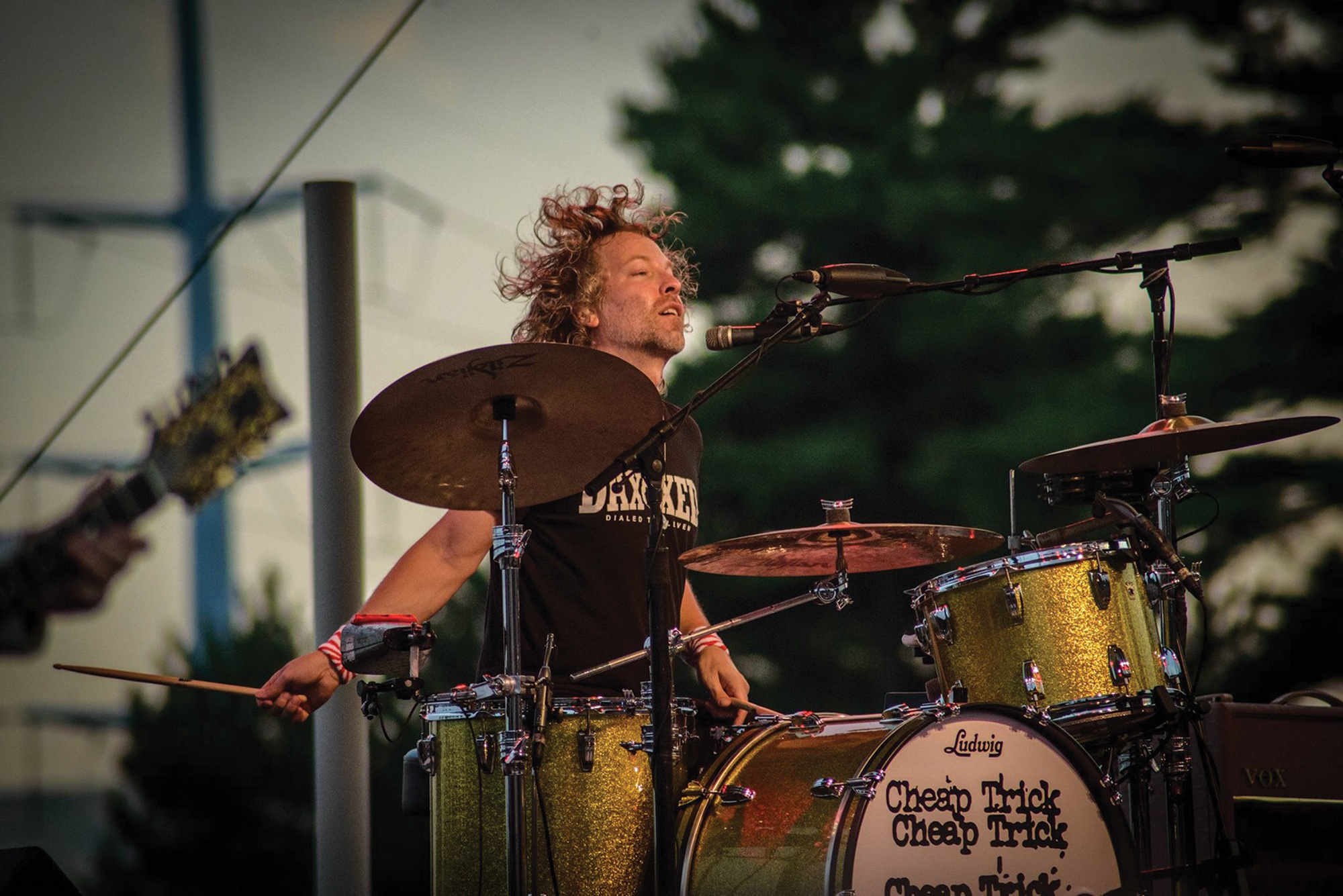 Since Cheap Trick finally got its due with a 2016 induction into the Rock and Roll Hall of Fame, the giant of ’70s and ’80s pop-rock has witnessed a rebirth of sorts. With a dense touring schedule and a new album, We’re All Alright!, on the shelves, there seems to be no stopping the ageless Illinois rockers. Daxx Nielsen, son of founding guitarist Rick Nielsen, has officially held the drum chair since 2010. “It’s an honor to be a part of Cheap Trick at such an amazing time in their legacy,” he says. “I’ve been working with the band on and off since 2001, and since 2010 it’s been a full-time career for me. We average about 150 shows a year and have recorded a few albums along the way.”

Nielsen confirms that the group’s renown has skyrocketed since its Hall of Fame induction. “Without a doubt, the band’s popularity got a solid boost by it,” he says. “Over the years I’ve seen legendary artists such as Aerosmith, Joan Jett, and Pearl Jam mention Cheap Trick’s influence on them in their own Hall of Fame induction speeches.”

On tour, Nielsen pays serious respect to original drummer Bun E. Carlos. “I try to honor the great drum parts that made Cheap Trick’s sound and songs so iconic,” Daxx says. “At the same time, my drumming incorporates all of my influences, physical makeup, and style, so it isn’t going to sound exactly the same. Every night we change up the set list. This leads to trying new ideas and approaching songs differently based on the pace of the show. That being said, I try to improvise while staying true to the proper parts.”

Has the band eased up on its notorious touring schedule? Nielsen firmly says no. “Cheap Trick is still one of the hardest-working bands in the business. We typically play three nights on and one night off. Robin Zander’s vocal strength is unbelievable. Some guys want to sing one night and then have a few days off. Robin’s the exact opposite. Cheap Trick will always be a live band. We get our energy from playing on stage, and the crowd feeds off of that.”

Regarding their working relationship, Daxx says that he tries not to think of Rick Nielsen as his father. “I treat this gig the same as every other job that I’ve done in the past,” the drummer explains. “I give Rick, Robin, [bassist] Tom Petersson, our road crew, and our management the same respect and professionalism that I would give anyone that I play with. It’s great to be in a band with my dad and the guys that have known me since I was born. There’s a bond that goes back to my early childhood. When we play together, the memories and personal connections definitely help our interaction.”

With its current tour extending through mid-November, the band doesn’t look like it’ll be slowing down anytime soon. “We’ve released two studio albums in the last fourteen months,” Nielsen says. “Pair that with all the live shows we do, and I think you could easily say that the Cheap Trick work ethic is as strong as ever.”

Patrick Keeler with the Afghan Whigs /// Robert Grey with Wire /// Joe Magistro with the Magpie Salute /// Dale Crover with the Melvins /// Abe Laboriel Jr. with Paul McCartney /// Bill Stevenson with Descendents /// Blake Richardson with Between the Buried and Me /// Seamus Menihane with Vattnet 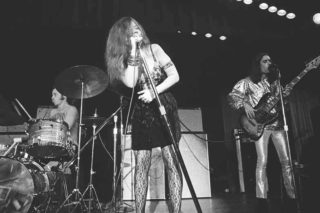 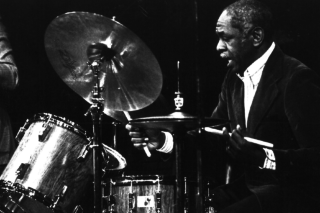 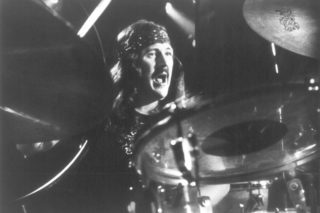 South of the Border – The Cha-Cha