Italian manufacturer UFIP has been creating small-batch cymbals since 1931. Its process is unique from that of other companies in that it utilizes a centrifuge to cast high-quality B20 bronze (20% tin and 80% copper) into shape. This procedure, which UFIP calls Rotocasting, is said to remove impurities from the bronze to produce a more pure and musical sound while also allowing for the bell to be cast thicker than the bow and edge. We were sent a selection of models from UFIP’s Class and Vibra series, so let’s check them out. 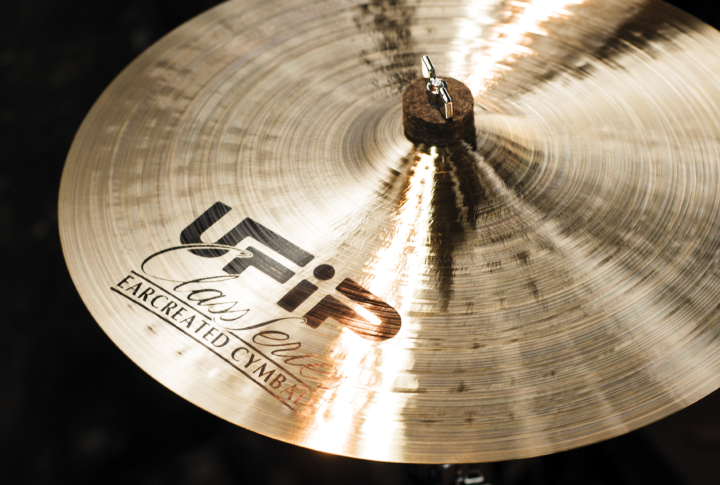 The Class series is UFIP’s flagship line and is designed to provide a complete and versatile range of high, medium, and low tones. We were sent a pair of 14″ Light hi-hats, 18″ and 20″ Light crashes, an 18″ Fast China, and a 22″ Light ride. The cymbals have a traditional finish and are evenly hammered and lathed from bell to edge.

The 14″ Light hi-hats had a 960-gram top cymbal and a 1,150-gram bottom. While the cymbals are light, they don’t feel flimsy or papery. There’s no noticeable flex from either one, which gives the foot “chick” a strong, clean attack while also providing a powerful stick sound and crystal-clear articulation. The open tone has a pure, even sustain and a moderately low pitch. The closed stick sound is crispy but also has some heft and density. These would make great general-purpose hi-hats to cover a wide range of applications, from light jazz to hard-hitting rock.

The 18″ and 20″ Class Light crashes weighed 1,310 grams and 1,745 grams respectively. They had some flex but, like the hi-hats, they were a bit firmer than I expected, which resulted in a bit more power and projection than you’d get from typical “light” crashes. Both crashes opened up easily and had super-smooth sustain with a balanced spectrum of high and low overtones. They had a moderately long decay that tapered off very nicely after single hits and blended seamlessly into subsequent attacks when crash-riding. The bells were very musical and slightly integrated within the overall cymbal sound. These Class crashes are all-around winners for players looking for clean, all-purpose sounds that fit well in any musical situation.

The 18″ Fast China weighed 1,200 grams, which was light enough to give it some flex but not so light as to make it feel hollow. UFIP uses square bells on its Chinas to help stabilize them on the cymbal stand when inverted in the typical manner with the bell on the underside. This company is known for making some incredible-sounding effects cymbals (splashes and Chinas), and the 18″ Fast China upheld that reputation. It was trashy and funky yet still had a musical tone. You can ride the bow for a gritty texture, or you can smack it hard to punctuate accents with an aggressive attack that’s coupled with a pleasant, smooth sustain. The small, square bell is a little difficult to strike, but if you aim accurately you can elicit some cool spraying overtones from it.

The 22″ Class Light ride weighed 2,800 grams. It had some flex, but it’s firmer than the crashes. It felt somewhere between a light- and medium-weight cymbal. It also had softer hammer marks than those found on the crashes. Its sound was a blend of shimmery, balanced sustain with clean, medium-pitched stick articulation and a bright- and pure-sounding bell. Aside from some extreme playing situations that require maximum cut and clarity, this 22″ Class Light ride fell right in line with the other cymbals, providing a great all-purpose tone with an even balance of high-end sheen and midrange warmth that would serve well in most live and studio situations. 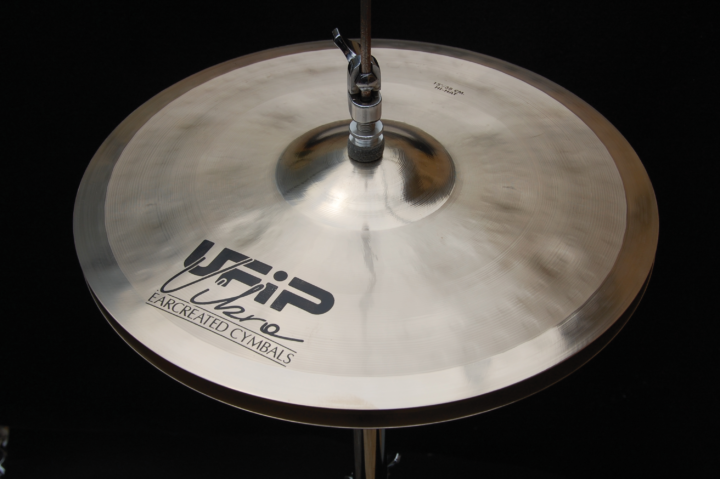 The Vibra series is a newer lineup from UFIP designed to offer more modern sounds without straying too far from the smooth, musical tones that are the company’s trademark. The models we received for review were the 15″ hi-hats, 19″ and 21″ crashes, and a 22″ ride. These cymbals are more deeply hammered than the Class series. They feature a brilliant-finish bell and 1″ outer ring and a traditional-finish bow.

The 15″ Vibra hi-hats are a bit heavier than the Class models; they weighed 1,200 grams/1,412 grams. The top cymbal didn’t have as much flex as the Class version, and the hammering employed on the Vibra series is less pronounced. Vibra hi-hats are designed to be powerful and dynamic. The 15″ pair we reviewed had a clean, crisp attack and a low pitch that keep them from sounding overly bright. The open tone was throaty but controlled, and the foot chick was articulate and quick.

The 19″ and 21″ Vibra crashes were medium-thin (1,558 grams and 2,010 grams) and had deeper and wider hammer marks, which help to give the cymbals a more explosive attack and a slightly trashy sustain. The 21″ crash had a huge voice with a slightly slower attack, while the 19″ hit faster and had a brighter and more general-purpose tone. Both Vibra crashes had a nice balance of high, medium, and low overtones plus a touch of the grit and complexity that many drummers favor these days. The Vibra crashes were my favorite models of the batch. They recorded beautifully and packed plenty of punch for live playing while remaining highly musical in the studio.

The 22″ Vibra ride weighed 2,830 grams, which is just slightly heavier than the Class model. This ride had some flex, so it had some crash potential and an even wash. The pitch of the Vibra ride is very close to that of the Class, but the Vibra sounded a touch deeper, most likely due to the extra-wide hammering that’s employed on this series. The stick sound of the Vibra ride was clear and articulate without being overly pingy, and its sustain was warm and pure. The bell had a deep and powerful voice. The Vibra ride had a bit more shimmer than the Class, which made it a little more versatile and musical to my ears. If clean, vibrant cymbal sounds are what you’re after, UFIP delivers with its classic Class and new, modern Vibra series. 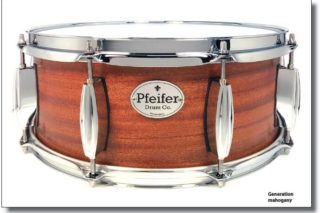 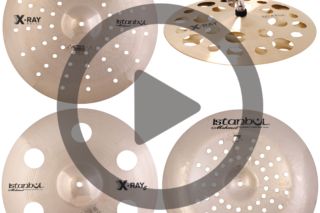 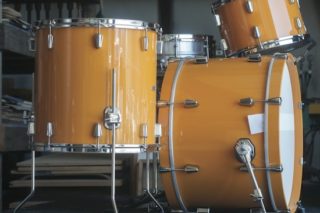 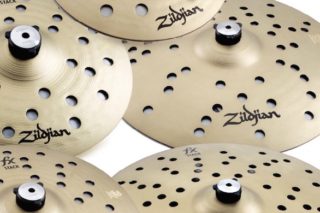