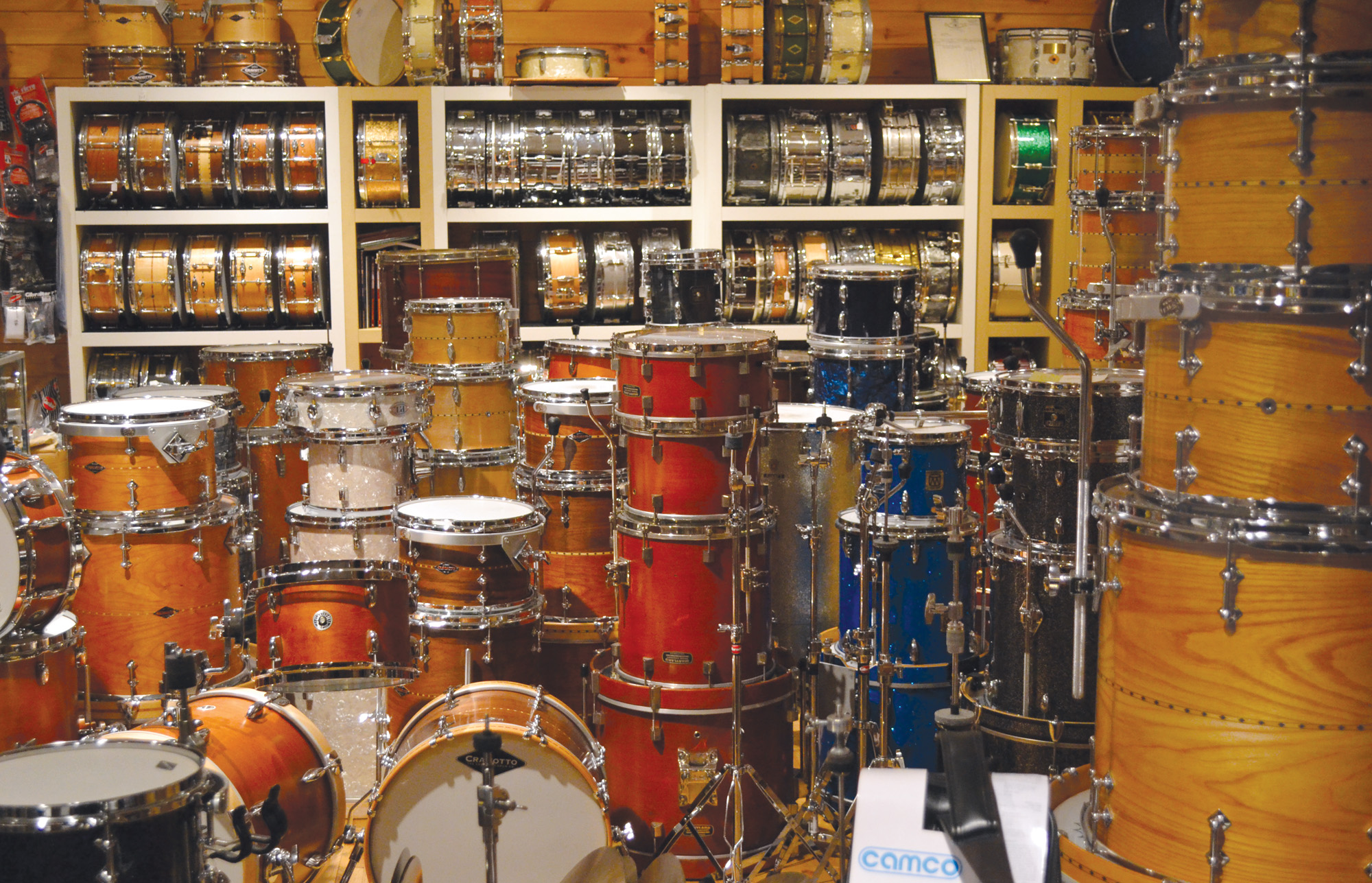 With a stellar worldwide reputation and first-call regulars, you’d think Steve Maxwell had been in business since the days when the beautiful vintage kits featured in his suburban Chicago and midtown Manhattan locations were brand new. Truth is, he’s been in the retail game a relatively short time—since 2001 in Illinois (first in Chicago before settling in the suburbs) and since 2007 in Manhattan. Aided by his wife, his two sons, and some trusted employees with whom he doesn’t share a last name, Maxwell has seen his business evolve to include custom drum making and cymbal repurposing. And his responsibilities go beyond owning and operating the two shops and online business. Maxwell joined Craviotto drums as a partner in 2009 and has been “steering the ship,” as he puts it, since founder Johnny Craviotto’s passing in 2016. Maxwell has also managed the vintage collections of Joe Morello and Charlie Watts. 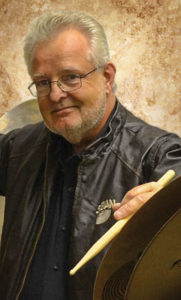 Steve Maxwell has been a leading dealer of Craviotto drums for many years, and now he’s the de facto CEO. “I’ll be doing it for the foreseeable future, until we figure out a few other things,” Maxwell says. “The passing of the founder doesn’t mean the business has to go as well. Johnny’s team of people are master craftsmen, but their skill is building those incredible instruments. So I picked up the mantle and donated my services just to keep those guys running and keep things moving.”

“I started playing when I was around twelve. I was a jazz drummer at heart. When I got older I studied with Papa Jo Jones for a while. I played in bands through school, then traveled on the road in the ’70s when hotels would hire show bands. I moved to Chicago in the mid-’70s and was going to school for music. I said to myself, I gotta get a real job with a real income, and I put the music career on the sideline. I spent about thirty-two years running companies that were credit-card-processing businesses, but I always played part time and always had a passion for collecting. When I turned fifty-five, I already had the Chicago store open for a while. So I thought, Let’s start phase two of my career, and I opened in New York. It’s been a fun second phase of a second career.

We’re not like a regular pro drum shop. We only carry select lines. And we don’t carry everything within the select lines. So we’re always looking for differentiators. Some of that is our reproduction-parts business. We always have these cymbals coming in, really well-made Zildjians and the like from the late ’60s and early ’70s. But they’re just so heavy and clang-y. I thought, What if we put a lathe in here and we take some of these down? You can buy them inexpensively, and some of those cymbals turn into masterpieces. We started that up last year in the Illinois store. And we’re gradually rolling that out. It’s what we call the Genesis by Maxwell line. And we’re also testing the waters on doing some re-hammering of some of those older cymbals. It becomes a service that we can offer to customers: ‘You got a really lousy, heavy cymbal? Before you punt it, pay us to do the work, and in the end you might have a fantastic cymbal.’

We don’t make a huge number of custom drums. We still do a little bit here and there. We’re not pretending to be drum manufacturers. We’re more a drum assembler. We’ll get nice Keller shells, we’ll make you a nice little kit—like the nesting kit we did. We can also put an entire set of hardware for a kit in a bongo bag. We do lightweight, small-footprint stuff that guys in the city are thrilled to get because it’s easier to transport.

Everybody comes through when they’re in town. There’s a great scene in both places, but you’ve got a greater pool of people in the New York area. Jeff Hamilton will come in. For Vinnie Colaiuta’s birthday a few years ago, he and I just sat on the fourth floor and played sets back and forth together for three or four hours, and people would wander in. And you’ve got the local guys. Kendrick Scott will come in, Kenny Washington…. Steve Jordan is there all the time. He’s a huge vintage fan—vintage Rogers and Ludwig. The black Rogers he was using on tour with Robert Cray and Hi Rhythm, and the wine-red ripple Rogers he uses live with John Mayer during the acoustic set, he bought them both from me.

The people buying the more historical, vintage pieces vary from hobbyists to professional musicians to individuals who aren’t in any way, shape, or form musicians. They certainly aren’t gigging with them. They’re collectors. It’s usually people who have a really strong connection with wanting to preserve the legacy and the story behind all of this.” 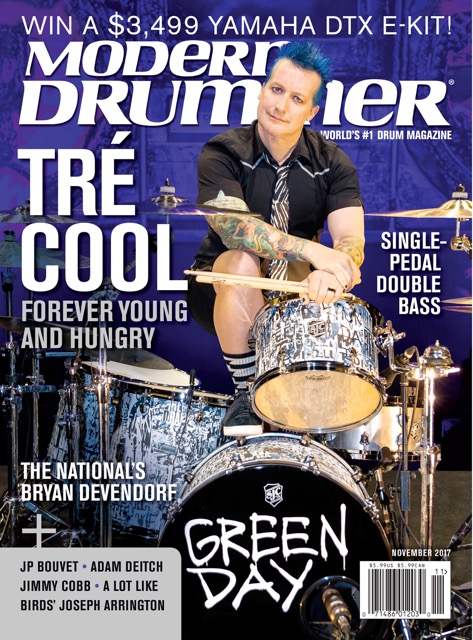 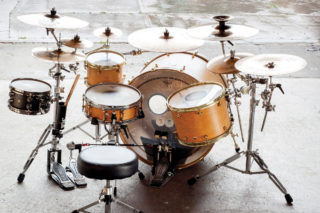 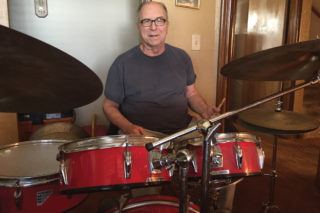