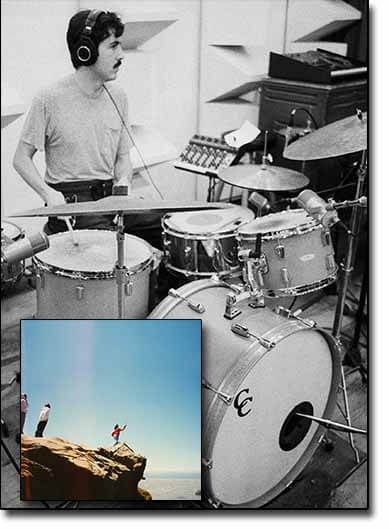 The Neko Case touring drummer and collaborator with Daniel Lanois and M. Ward focuses on his songwriting and arranging skills.

Kyle Crane’s drumming acts as a core arranging device throughout the self-titled debut album by his Crane Like the Bird project; on much of the material he emulates a drum machine, and his only soloistic moment comes during a series of Ringo-esque fills in album closer “The Painter” (with M. Ward on vocals). The album straddles a world between the indie songwriters who regularly employ Crane, and a jazz realm not unlike Brian Blade Fellowship albums. The latter approach is most clearly heard when guitarist and Fellowship alumnus Kurt Rosenwinkel takes a lead alongside Daniel Lanois’ pedal steel on “When I See,” which features Conor Oberst on lead vocals. More than just a testament to Kyle’s networking abilities, the track is a gorgeous bit of folk jazz with carefully chosen layers of acoustic guitar and mandolin accompaniment over a bed of Crane’s understated cymbal swells and ride time. Another standout, “Kaleidoscope,” features Sabina Sciubba of Brazilian Girls singing over an ambient intro and a world-pop bridge, and then speaking over a cinematic section; this is followed by a lengthy outro that finds Brad Mehldau playing piano over a string section and Crane’s kinetic jazz comping. Elsewhere, “Now” features a lush Beach Boys vibe with brass arrangements, vibraphone, and timpani along with stacked vocal harmonies handled by Crane and some friends. While perhaps not what one would expect from a jazz-trained drummer with a Berklee pedigree, Crane Like the Bird is a diverse collection of thoughtful songs with refined arrangements and impassioned playing from a top-flight cast. (bandcamp.com) Stephen Bidwell 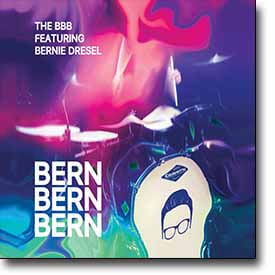 There is perhaps no better forum for Bernie Dresel’s exuberant drumming than his own seventeen-piece L.A. jazz orchestra, BBB. Their second album is a big, brassy knockout of swinging (and sometimes rockin’) sophistication seasoned with humor. Consider “BBB Opener,” a sort of audio Bernie autobiography that starts with pots and pans drumming and segues to drum pad, snare drum, and then full kit. And “Anything Goes” appropriately features percussion breaks ranging from drum corps snare to 55-gallon metal drum to tap dancing. The thoroughly modern unit engages myriad grooves, but their traditional big band roots are also paid homage, most notably via Bernie’s fevered Krupa-esque floor tom excursion on the title track. Audiophiles take note: the high-tech recording features a “surround sound with height” staging, while the drum tracks were cut separately before the orchestra’s—an unorthodox method for jazz, yet the sonic results dazzle. Feel the Bern! (berniedresel.com) Jeff Potter 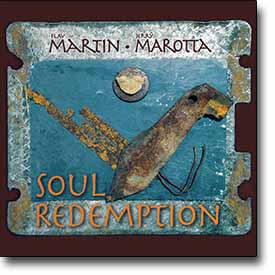 JERRY MAROTTA teams up with old and new friends to bring pocket perfection to world-pop.

Fans of the classic Peter Gabriel rhythm section of bassist Tony Levin and drummer Jerry Marotta will be giddy to hear the tandem’s slinky flavors all over this soft-rock album. Along with guitarist/vocalist Flav Martin, Marotta locks into groove after understated groove with Levin, always playing with taste and the deepest sense of time developed over decades. Not one to just settle for standard 2 and 4, Marotta brings signature delayed snare syncopation to “Coffee Song” and adds full but incredibly light percussion to “I Knew It Was You,” elevating the track to higher planes. These are masters at work, grooving like mad, playing just enough as to not overpower the vocals and melody, but exerting considerable influence on simple songs. There have been tight bass/drums duos in the past, but this collection of tunes proves there’s no music that doesn’t sound better when Levin and Marotta put their collective stamp down. (jerrymarotta.com) Ilya Stemkovsky 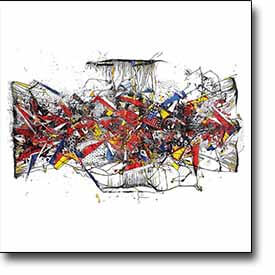 The seventh full-length release from this post-hardcore outfit finds the band once again exploring the heavier side of their sonic palette.

The career of Philadelphia-based band MewithoutYou has seen them meld delay-drenched guitars with everything from dub and klezmer to literary folk-rock in the tradition of Bob Dylan. While the relatively straightforward rock of [Untitled] may not provide drummer Richard Mazzotta with as much musical space to flex his considerable chops as the band’s past efforts, the hallmarks of Mazzotta’s impressive playing are still present here: a remarkable ability to build tension with altered backbeats, fills that wander over the bar line to accent vocal lines in thrilling, unexpected ways, and patterns that lend themselves to screaming and distortion without sacrificing dynamic musicality. (Run for Cover) Keaton Lamle 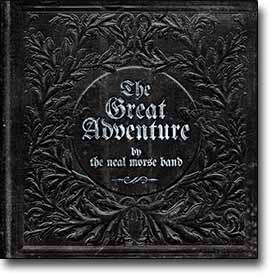 No one can accuse singer/keyboardist Neal Morse of lacking ambition. How do you follow 2016’s expansive double CD set The Similitude of a Dream? With an even more expansive new double CD set, The Great Adventure. Mike Portnoy has been involved in Morse-related projects for years, and his sensibilities are just what the doctor ordered, from blazing odd-time chops showcases to Beatles-esque meat-and-potatoes drumming that sits nicely beneath multipart vocal harmonies. But fear not, he brings the rock as well. Check out Portnoy’s sloshy hats and ascending/descending toms underneath the guitar solo in “Welcome to the World” and galloping drums and double bass work on the title track. There are plenty of Portnoy’s signature syncopated hi-hat and splash combos in “Dark Melody” and some pseudo odd-time drum ’n’ bass action in “The Element of Fear.” Portnoy’s kit mix is killer, and the heavily conceptual collection means you’ll hear drum motifs and melodies returning, so strap yourself in for multiple listens. (Radiant) Ilya Stemkovsky 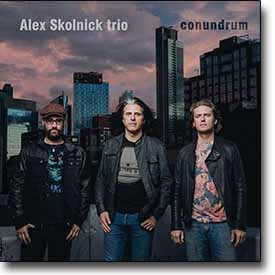 A jazz bag offering from the Testament guitarist, aided by wonderfully supportive drumming.

Guitarist Alex Skolnick will always be most associated with metal veterans Testament, but his jazz chops are formidable, and his lean and mean fusion trio can and will play anything. Drummer Matt Zebroski is a perfect foil for Skolnick, throwing down some slinky ride cymbal and hi-hat work on opener “Unbound” and exhibiting some good hand speed and overall musicality. But the varied flavors on the disc are what sets things apart, with an understated “Django Tango” and an odd-time reworking of Satie’s “Gymnopédie No. 1” allowing the drummer to whip out super-dynamic brush work. Later, Zebroski contributes his own composition, “Dodge of Bambula,” which begins with Moroccan street rhythms before opening up into a light, jazzy waltz. Zebroski also lays down a convincing straight-ahead swing on “A Question of Moral Ambiguity.” This is not nonstop shredding from all instruments, so those looking for a different kind of instrumental power trio will find much to appreciate here. (Palmetto) Ilya Stemkovsky 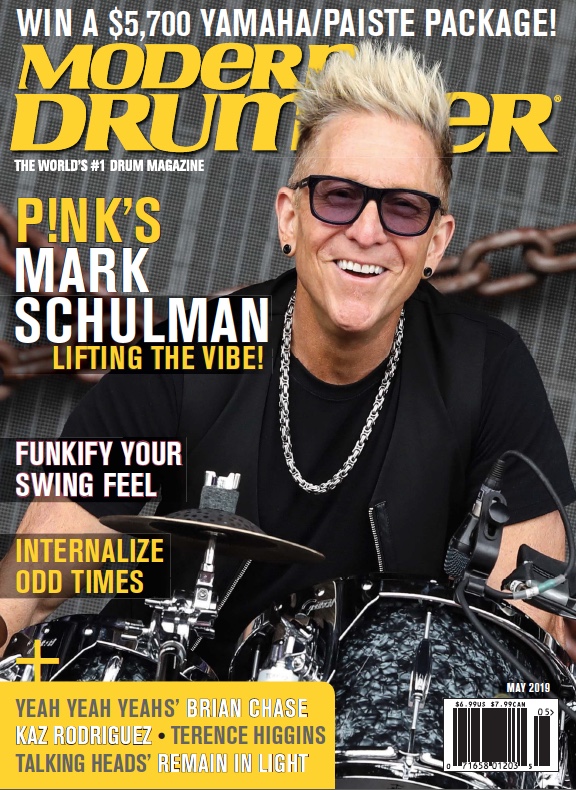 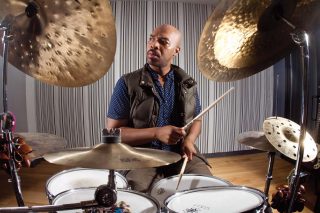 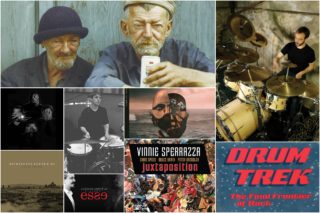 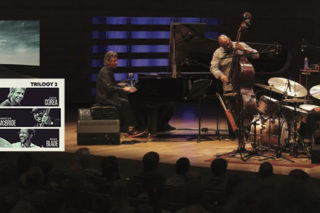 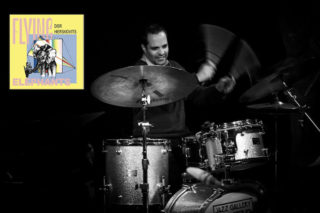