RECORDINGS Between the Buried and Me Automata Part I The progressive metal veterans release their highly anticipated eighth full-length album. Drummer BLAKE RICHARDSON somehow takes it up a notch. Once again Blake Richardson’s fluent, musical playing is rendered brilliantly by producer Jamie King, a mainstay since Between the Buried and Me’s 2005 album, Alaska. The first […] 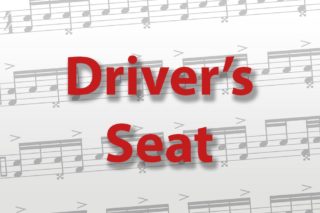 Driver’s Seat – Energy and the Ensemble
by Butch Miles