Chuck Levin’s Washington Music Center has been in business longer than drum department manager Darren Zentek has been alive—this year marks the store’s sixty-second. Levin’s was initially located in the District proper, before moving just north of the nation’s capitol to suburban Wheaton, Maryland, in 1968. For Zentek, who has played with artists involved with D.C.’s storied Dischord Records scene over the years, 2020 is his twenty-sixth year at the store. It’s a full-service operation, with guitars, keyboards, DJ and studio gear, school band rentals, and much more. But drums and percussion have always been a big driver among the pros, semi-pros, hobbyists, and beginners who frequent the shop. Zentek filled us in on his own journey to Chuck Levin’s, and gave some insight as to what makes his drum department tick.

I worked at George’s House of Music up in State College, Pennsylvania, back in the early ’90s. I joined a D.C. band and kind of stumbled upon Chuck’s. I think within two months of moving down here, I started working here. It’s the only job I’ve ever had since moving to the D.C. area. I came in to buy a few things, came in a few days later to fill out an application, and got hired a few days after that. It was pretty crazy. I started working in stock, started selling in 1998, and I’ve been managing since 2014.

What’s big around this area is the go-go music scene. It’s kind of stayed in the D.C. area; it’s never really branched off that much, which is kind of surprising. So we definitely carry a lot of different things most music stores won’t have. Like Junior Congas from LP, all the replacement parts and the conga heads, timbales…. Years ago we used to sell a good amount of Rototoms—that’s kind of not really the thing in that scene anymore like it once was. But we try to cater to that clientele that needs supplies. Most music stores don’t even carry it because they don’t have enough people coming in and asking for it. It’s kind of like our niche. We have all the stuff for their rigs. We even have a conga rig that we rent. We call it our Conga Go-Go Rig. We get customers calling from the Atlanta area for the stuff. I think they’re guys who used to live in the D.C. area.

The online business is getting better. I wouldn’t say it’s our bread and butter as far as the drum department goes, but it’s improving every month. I’d say fifteen percent of our sales are online at this point. There are some guys I talk with, and it’s like [online sales] are fifty percent of what they do. Out of all the music stores in the country, I think we still have some of the best walk-in business. We always have. We’re in the market sixty-two years now. That definitely helps.

While not equipped to do large-scale repairs like cutting bearing edges or rewrapping shells, drummers can get smaller repairs done at Chuck Levin’s while they wait. “We do minor things on the spot,” Zentek says. “When somebody brings in a snare drum that needs a little work, we try to do it on the spot rather than have them drop it off and come back later. And in the past three or four years, we’ve been doing more drilling for bass drum spurs, things like that.”

Levin’s drum department manager Darren Zentek says the store has doubled its footprint since he was hired in the mid ’90s, currently featuring two showroom buildings, four warehouses, and a dedicated space for clinics. Even with that expansion, there’s still only room to display a fraction of the drum inventory. “What we have on the floor is just a taste of what we have,” he says. “We probably have twenty-five or thirty kits on the floor, but we have over a hundred in our warehouse. We probably have 2,500 cymbals in our basement.”

Everything has a description: “This is dark, this is trashy…,” whatever. You should play it. And you should make up your own mind. You’re the person playing that particular thing. Someone saying a cymbal sounds “dark”—what does that really mean? Your description of something could be completely opposite of what the next person thinks it sounds like. Listen with your ears. Don’t be influenced by something you read.

A lot of people come in because of our inventory. It’s deep. We have all the name drum companies: Yamaha, Tama, Ludwig, DW. We really don’t do too much of the boutique drum stuff. That’s something that may change in the next couple years. For cymbals we have the big ones: Zildjian, Paiste, and Sabian. Meinl’s been growing. Instanbul Agop has been growing for us, too. Dream cymbals as well. They’ve gone up a little bit in price, but I’ll say the quality has gotten way more consistent since they first came out. Dream has been a pretty good thing for us throughout the years. We don’t get too deep in with a lot of the Turkish companies. It gets redundant after a while. I feel like we have everything covered. We stick with what works for our clientele.

Our theory has always been that we carry everything. We have everything from Sabian SBRs all the way up to Artisans. Same thing with drumkits. We have kits starting at $299 and ones that go up to as much as you want to spend. [laughs] I want to help that kid who’s ten years old get a kit. We want to have customers for a lifetime, and that’s what we’ve had. We have guys that come in to this day and tell us, “Hey, I used to shop at the store when you guys were down on 8th Street in D.C., back in the early ’60s.” How cool is that? 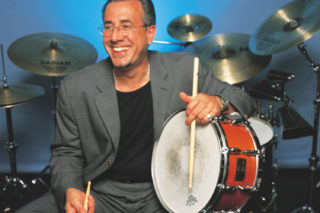 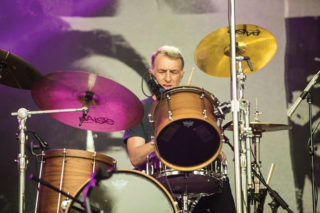