Why is the TV producer from Late Night with Seth Meyers featured on the cover of Modern Drummer, you ask? Eric Leiderman was a drummer first, and he has been playing drums since childhood. Because of Leiderman’s love for drums and drummers, whenever the multitalented Late Night band leader/drummer Fred Armisen is doing another project, the musical guest on the show is the drummer. Think about it. How many shows have featured a few hundred drummers?

“It has given me a huge appreciation for the different DNA each drummer brings to the show,” says Late Night host Seth Meyers about the rotating drummers. “I underestimated the effect a different drumming style can have week in and week out. It has been a joy to hear it. Outside of their musical talents—which are legion—it’s nice to meet so many people from all kinds of musical backgrounds. If they have one thing in common, it’s that they are all very nice—which is to be expected of drummers. Bassists, on the other hand, we will never do guest bassists [laughs].”

A huge thank you to Leiderman, Meyers, and Armisen from the entire drum community for making the drummer “the star,” without making them “the star.” And big cheers to the 8G Band, who have to adjust to performing with different drummers and numerous personalities and make everything click. Let’s take a journey with Leiderman as he fills in MD on how he put his brilliant rotating-guest-drummer idea into action. 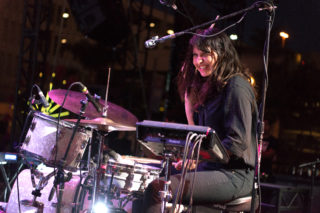 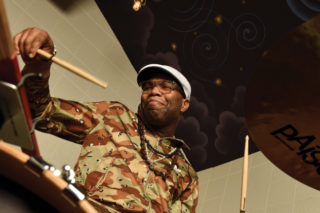 On The Cover – Daru Jones 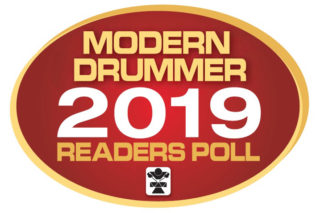