Changing Things Up with Bob Dylan

After joining Bob Dylan’s band in 2019, and playing on his latest album, Rough and Rowdy Ways, Matt Chamberlain was supposed to be spending much of 2020 on the road with the legendary singer-songwriter.

Then, the pandemic hit, and Chamberlain’s 2020 plans changed. But not so much that the in-demand session and touring vet was left scrambling for work or looking for ways to be creative.

As a drummer already well-versed in the art of collaborative recording, Chamberlain stayed plenty busy in his Los Angeles studio, tracking drums for longtime collaborator Tori Amos, working on an instrumental solo record built around analog synths and acoustic drums, and rekindling an artistic relationship with Pearl Jam guitarist Stone Gossard for a new band called Painted Shield, which released its self-titled debut album in November 2020. 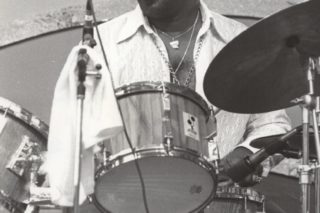