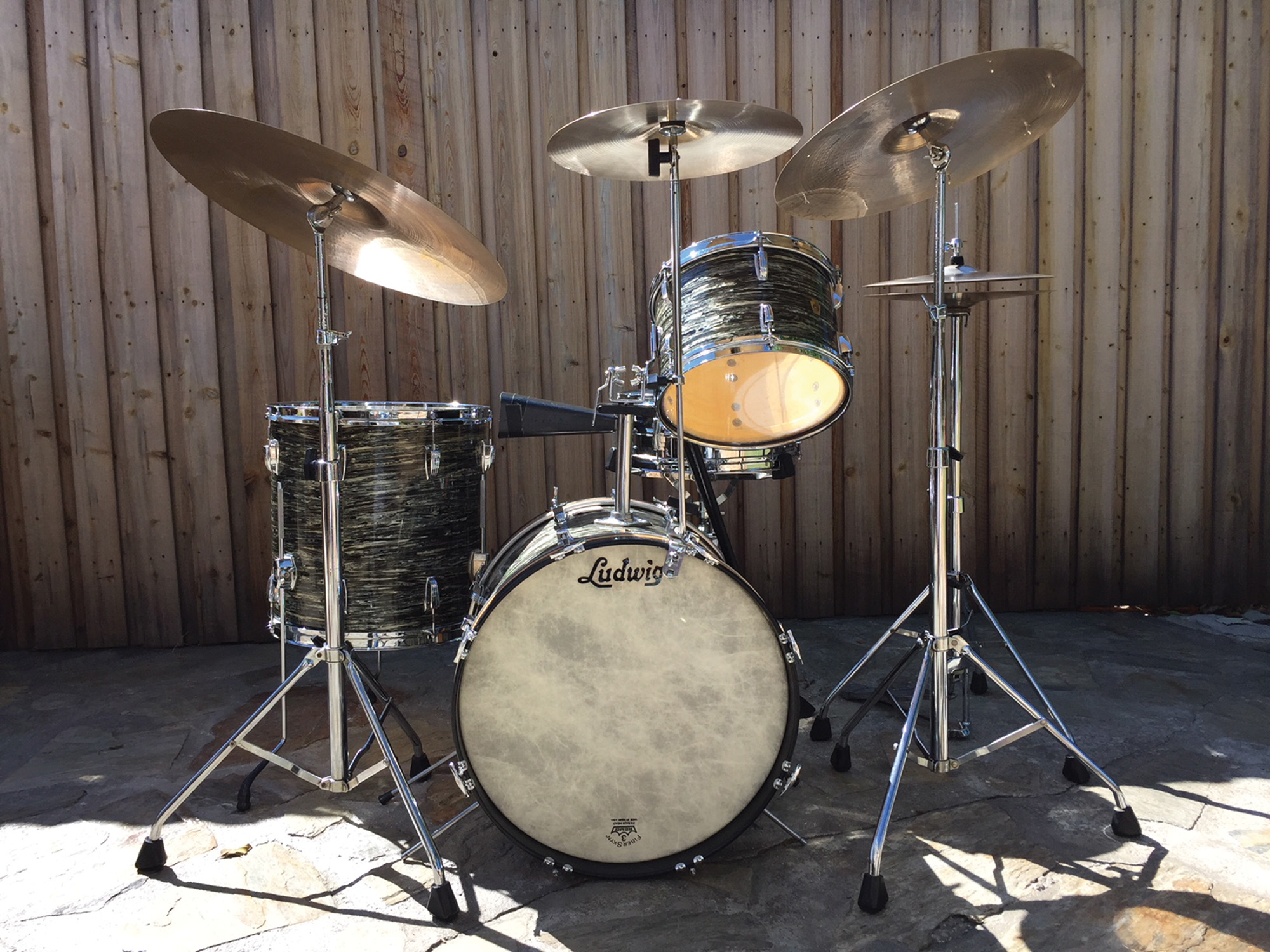 This vintage 1963 Ludwig Hollywood set in an Oyster Black Pearl wrap comes to us from drummer Nelson Hawkins, who ordered it after paging through a Ludwig catalog in the early ’60s. The kit came with two 8x12 mounted toms, a 20" bass drum, and a 16" floor tom. Hawkins says that he completed the setup with a previously owned Ludwig Supraphonic LM400 snare and Zildjian cymbals. And in the ’70s, he upgraded the hardware with Ludwig’s Hercules series of cymbal stands. 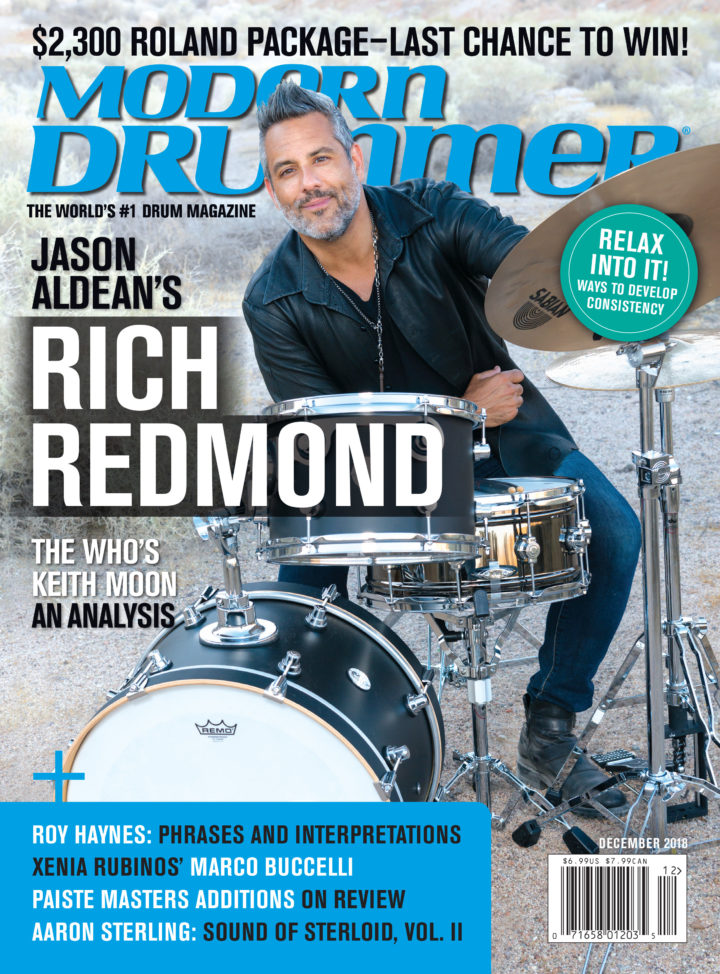 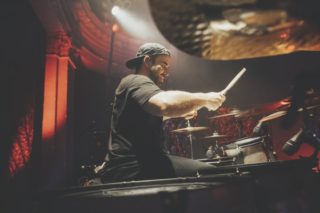 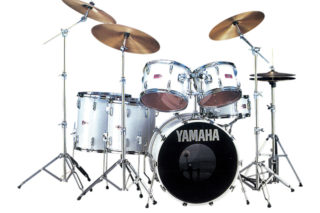