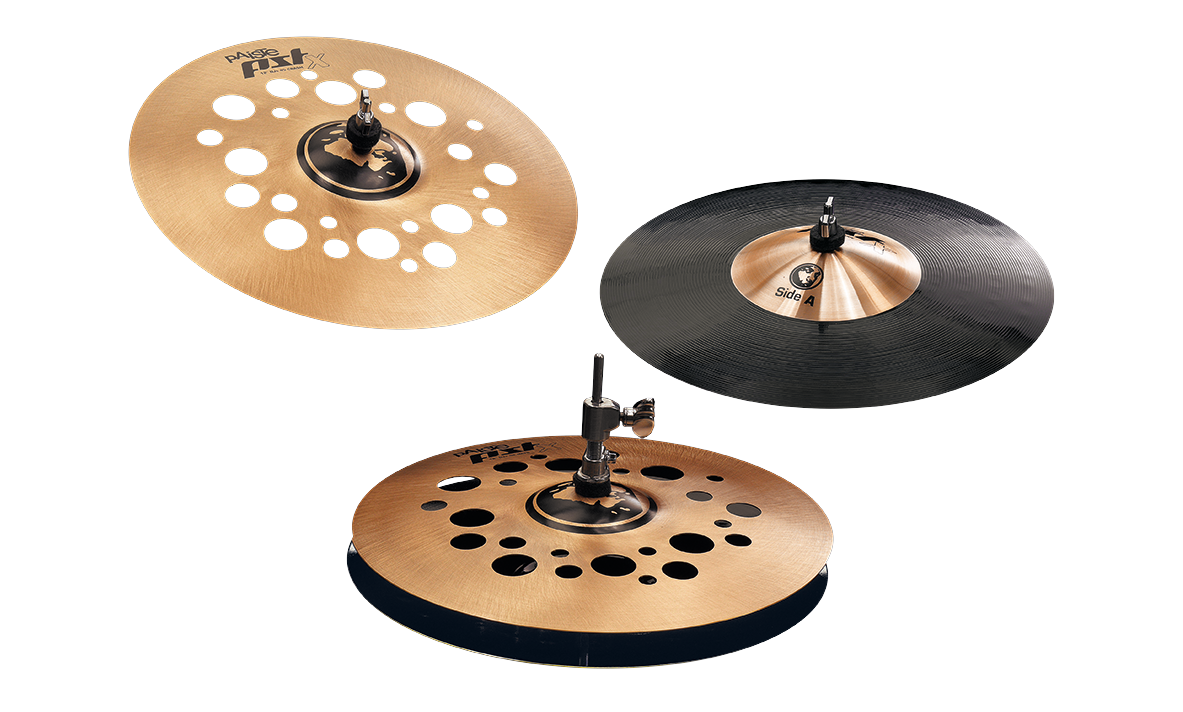 The PSTX series is designed to offer unique special-effects sounds at low price points. The cymbals are crafted from B8 bronze (8% tin and 92% copper), and the series comprises perforated Swiss crashes and hi-hats, Flanger stacks, and aluminum Pure bells. It also includes a trio of signature models for hip-hop/alt-rock drummer Daru Jones called DJs 45, which is what we’re checking out this month. 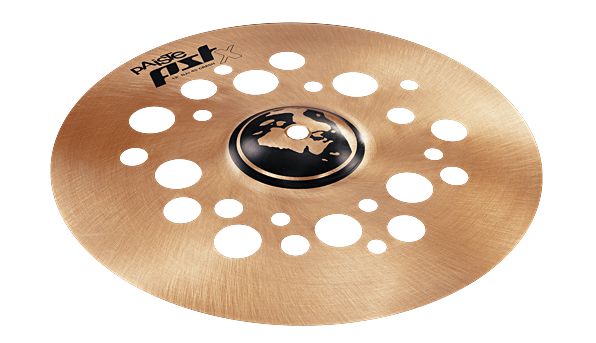 This 12″ cymbal, which is labeled as a crash but could easily be considered an effects splash, is thin in weight, has a flexible, soft feel, and features twenty-five different-sized holes drilled throughout the bow. The attack is explosive and trashy, the sustain is fizzy and raspy, and the decay is quick but balanced. The trashy tone pushes this small cymbal outside the realm of a traditional glassy-sounding splash and closer to the more complex character of a larger crash, while the small size keeps the volume and sustain in check. For short, quick accents, this is a very cool option. 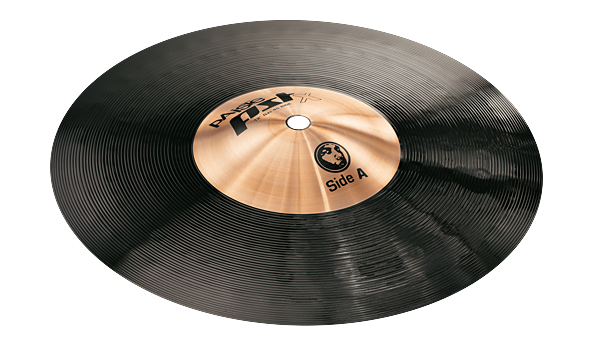 Also 12″, the DJs 45 ride is medium-heavy and has a black finish and tight lathing so that it resembles a vinyl record. (It’s even labeled as such, with “Side A” inked on the bell.) As opposed to the crash, the DJs 45 ride has a bright, clean tone with a crisp bell-like attack and a focused, high-pitched sustain. If you’re familiar with the pitched-up sound of ride cymbals sampled on many electronica and drum ’n’ bass records, this is a spot-on replication. 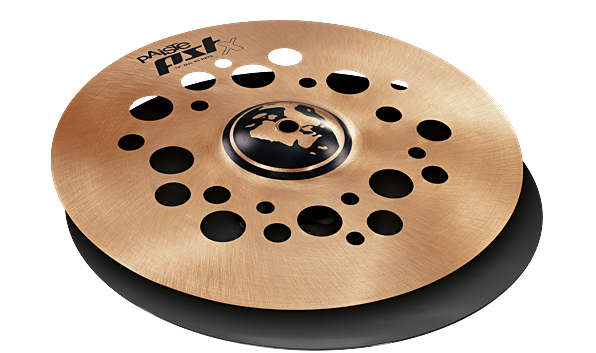 The 12″ DJs 45 hi-hats come with a thin, perforated top and a medium-heavy bottom that’s finished in black on the underside. The holes in the top cymbal give these hats a trashy bit-crushed sound when played closed and a gritty hiss when struck open. The foot chick is ultra-articulate and is reminiscent of an overdriven hand-clap sample, which made it an effective voice for incorporating extra layers of syncopated rhythms within ride-based grooves. These hi-hats would also be a great option as an auxiliary voice for songs, or sections of songs, that require a more electronic-type vibe.

Obviously the DJs 45 PSTX cymbals aren’t meant for every musical situation. But when the time comes to drop a more distinct drum-machine/breakbeat flavor, these will get you there acoustically, without having to lean on effects and other studio trickery to dial in a funky, low-fi vibe. Super-fun stuff. 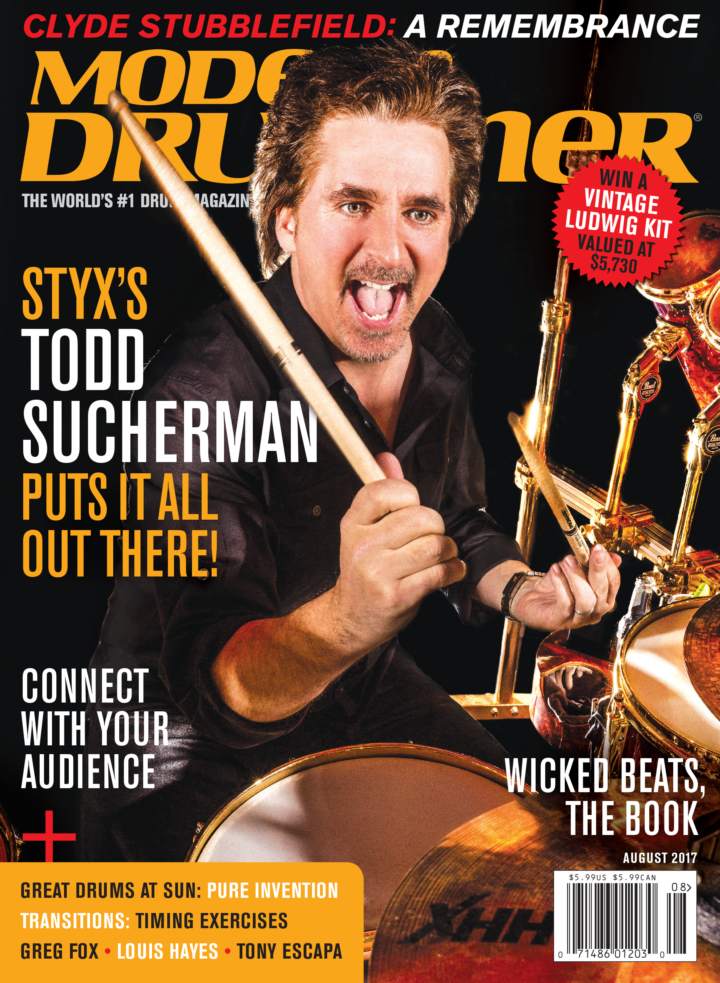 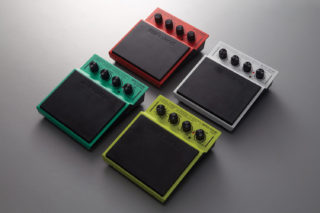 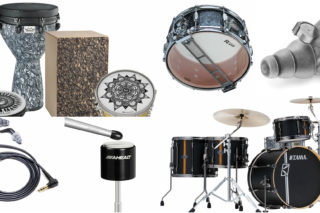 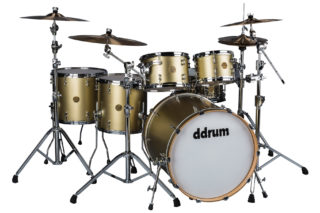 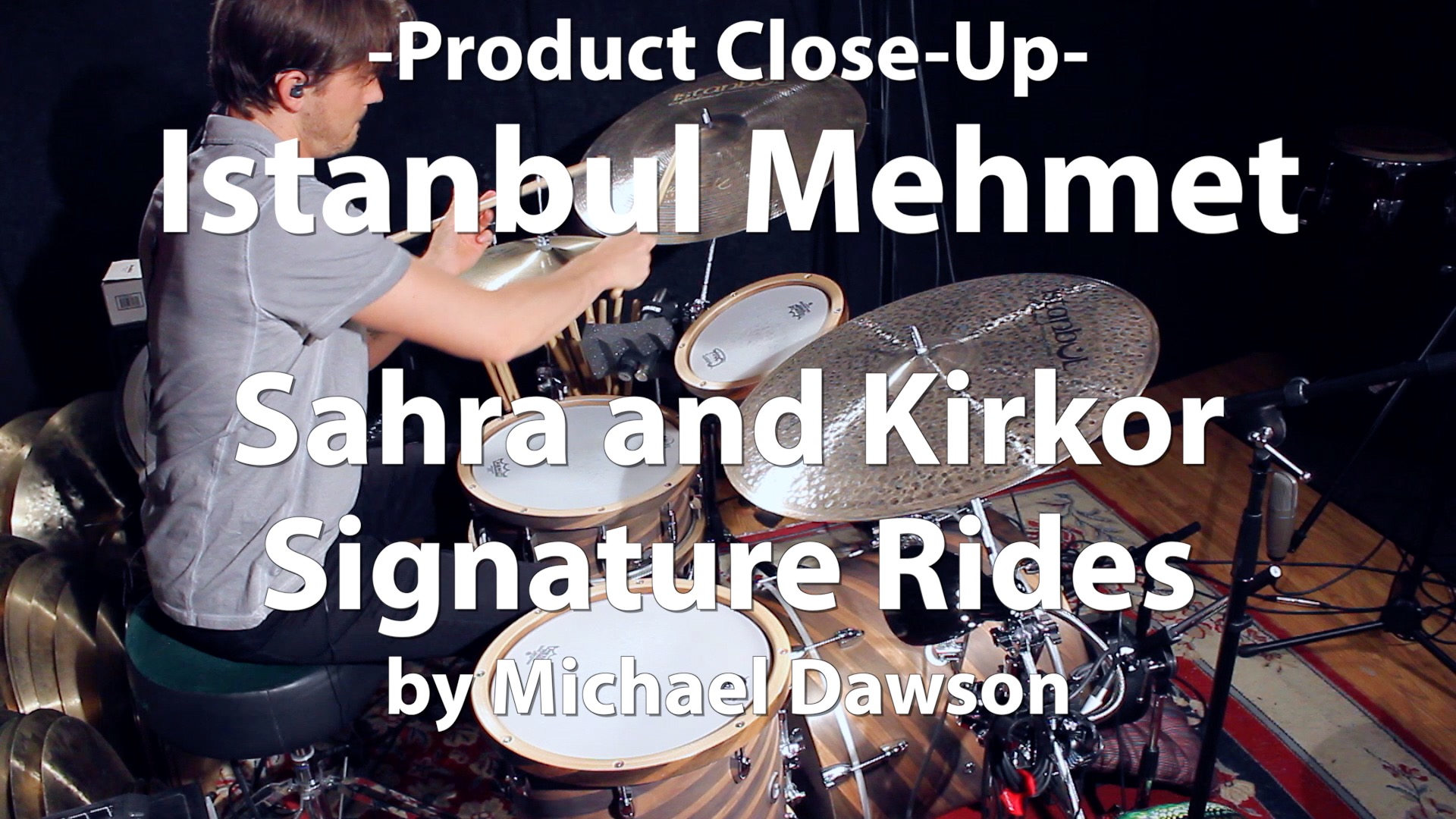