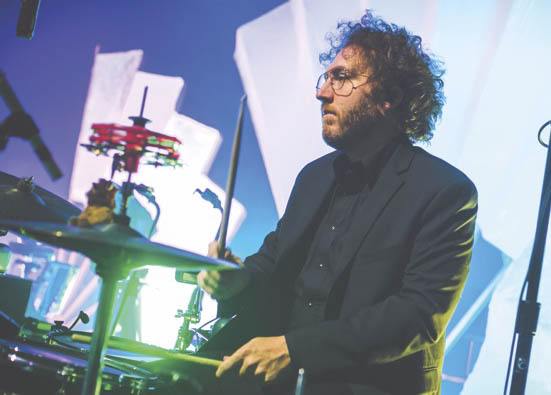 “Less is more” for the tasteful Nashville touring and session pro, as he accompanies a chart-topping modern country music star around the world.

For the past four years, the Nashville-based drummer and producer Scott Quintana has been touring the globe with the country singer and songwriter Kacey Musgraves. After meeting and developing a friendship with the hitmaker through writers’ rounds and jam sessions around Music City, Quintana eventually found himself in the right place at the right time. “I’d just left the artist I was touring with,” Quintana says, “and Kacey needed someone to take over the drum chair for her next record cycle. She and her bandleader at the time reached out, told me what they were looking for, and asked if I was interested. I knew the rest of the band already too, so it was a pretty easy transition.”

Now four years in, the drummer will be hitting the road again in early January with the group across the North American leg of their Oh, What a World tour, a trek that originally kicked off last October in Europe and will last at least through March.

To cover Musgraves’ catalog live—including 2013’s Same Trailer Different Park, which won an ACM Album of the Year award and a Grammy for Best Country Album; the Grammy-nominated 2015 release Pageant Material; and 2018’s Golden Hour, which just won the CMA Album of the Year award—Quintana explains that he tries to maintain a disciplined, “play-for-the-song” mentality that he’s been developing since he first started on the drums. “A lot of [that comes from] just playing to records my whole life and following the examples of other drummers that had the same mindset,” he says. “Honestly, my approach is similar to [my] social personality, in that I’m pretty reserved unless I actually have something to say. I rarely desire being in the spotlight, and I’m much happier being a foundation for everyone else to stand on and feel comfortable enough to say what they want, musically speaking. And it’s cliché, but the rule of ‘less is more’ is the name of the game here. Play with intent, and don’t let parts just fall out of you that don’t have a purpose.”

Quintana also tends to stick close to the parts on Musgraves’ records, which have featured the session ace Fred Eltringham (Sheryl Crow) and Nashville producer, composer, and multi-instrumentalist Ian Fitchuk on drums. For Scott, those live duties might include delicately feathering tambourine backbeats with a brush (check out the group’s sold-out 2015 Royal London Hall performance on YouTube) or adding slick ghost notes on his kick and snare between a straight-ahead, four-on-floor groove behind a 2018 performance of “High Horse” on The Ellen DeGeneres Show. “I’ll always learn the parts as is and go from there,” Quintana says. “Kacey puts a lot of work into getting her recordings just right, and while she’s open-minded about new ideas, the part that’s on the record is often there for a reason. Fortunately for me, I really dig the guys she’s used in the studio, and the recorded parts are pretty close to what I’d want to play anyway.”

After four years, does the drummer feel any extra pressure playing such high-profile gigs with Musgraves? “TV can always add a little edge to my nerves, especially if it’s a live broadcast,” he says. “But like most things, the more you do it, the more comfort you’ll have. It also helps realizing that in most cases, nobody is going to be watching it under the same microscope that I am. You have to just relax and enjoy making music with the people around you.”

Rob Rolfe with Enter Shikari /// Dan Pawlovich with Panic! at the Disco /// Bryan Harris with the Vegabonds 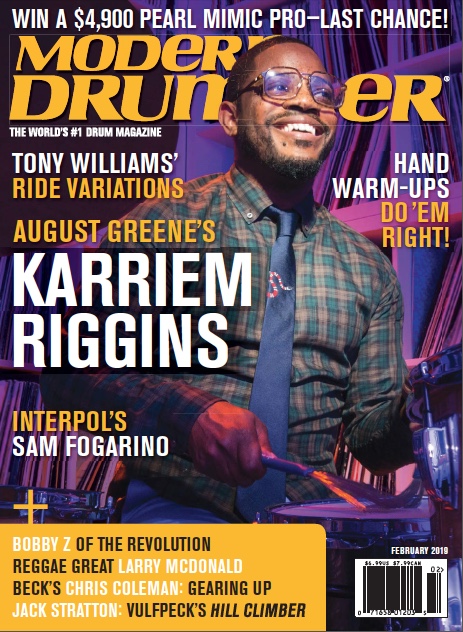 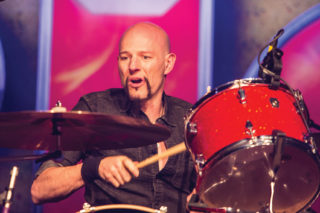 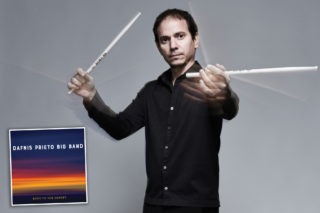 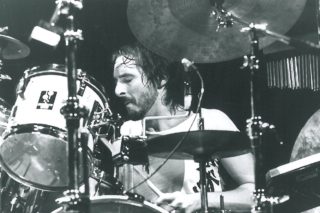 Drums: The Secret to Happiness
Article by Adam Budofsky | Photo by Jim Esposito