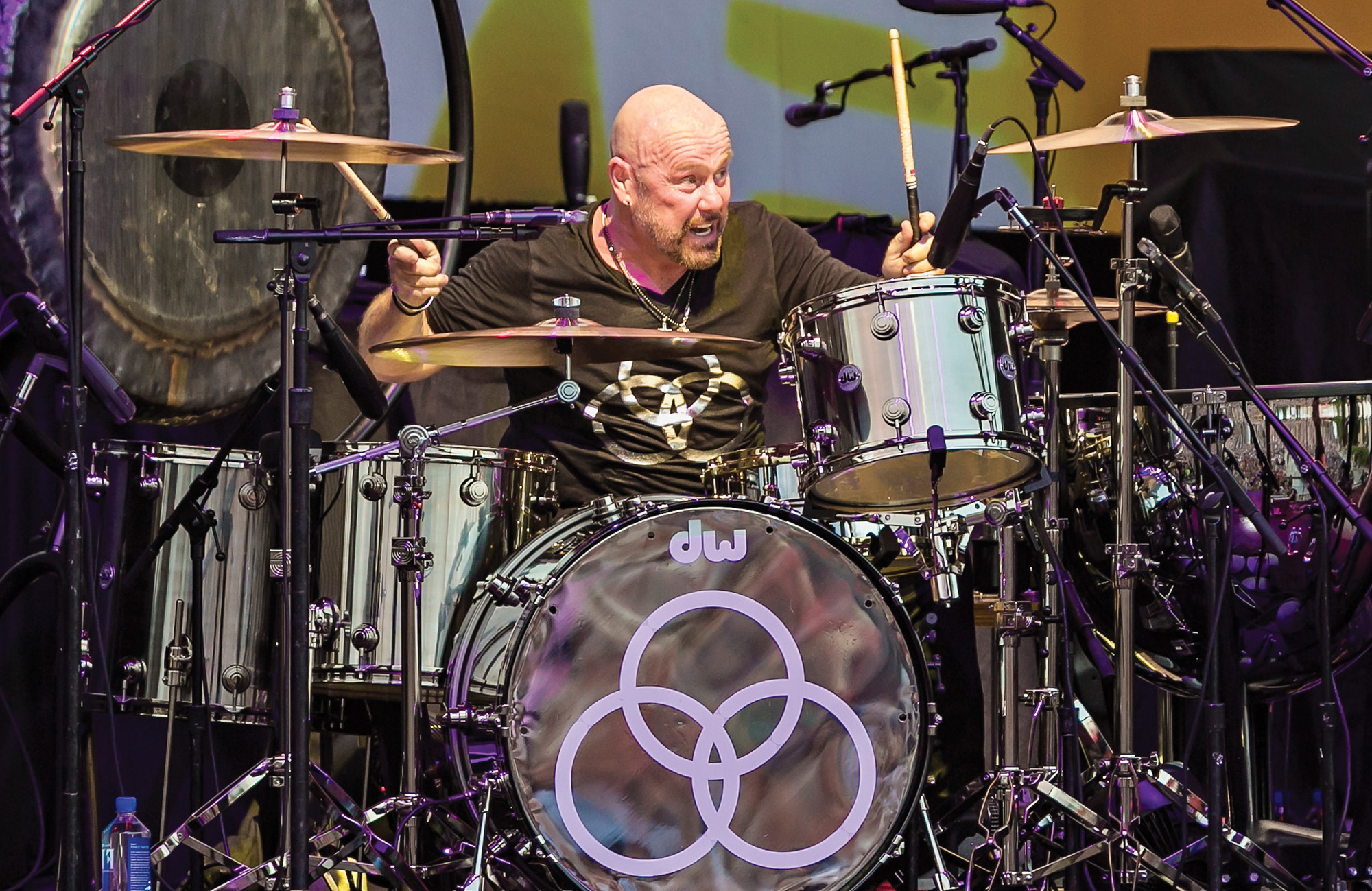 Jason Bonham and his Led Zeppelin Experience band have been touring for the past year to celebrate an important anniversary. “It was forty years ago when Led Zeppelin toured the USA [for the last time with his father, the legendary John Bonham],” says Jason, with a big smile. Jason has been a DW artist since 1987, and he always wanted the company to make him a stainless-steel kit. “The last kit that my dad used was stainless-steel,” he says.

Bonham first used this kit when he played with the surviving members of Led Zeppelin in 2002. “I wanted it to look the same for them so that when they walked into the rehearsal room that first day, they would feel comfortable,” he says. “I had it exact, even down to the positioning of the mics. Do you think they noticed? Nope. [laughs]

“It’s weird, though,” Jason continues. “Once I let go of that fanaticism of trying to get everything right, they turned around and told me, ‘You play much better when you stop trying to be your dad. You’re more like your dad when you’re just being yourself.’ Dad could play anyone’s drums, even my tiny little child’s drumkit, and he still sounded like him. I’m always trying to get it as close as I can.

“There’s a narrower sweet spot on these when compared to the Vistalites,” Jason says. “My tech Chris [Huwiler] tunes the drums, and I fine tune them. Chris and I have known each other for so long that if I didn’t have a soundcheck and had to just walk on stage and start playing, I’d have complete confidence. But because he works for other drummers, he sometimes thinks my snare drum should sound like theirs. I often say, ‘Just back down a touch. We ain’t the Chili Peppers. We don’t need that high piccolo sound.’ [laughs]

“When I was around sixteen years old, Phil Collins told me that his 8″ and 10″ heads were Diplomats, then he went to Ambassadors and Emperors [on the larger drums]. If he used those heavier heads on the smaller drums, the heads wouldn’t have any movement because they’re so thick. He was so right. To get the same sound out of a smaller drum, you need a thinner drumhead.”

As far as kit components that Bonham can’t live without, his Vater cup holder was the first item on his list. “It’s saved me from having to lean back to get my drink,” he says. “I also love their slightly longer beaters that can be adjusted to a 26″ kick drum. A standard-size beater doesn’t get to the center. But maybe that’s why dad’s drums sounded so good—his beater didn’t hit the center of the drum. Come to think of it, his sticks weren’t as long either, and he played with them way up in his hands. Hmm….”

Jason recently rejoined Paiste, which was the cymbal company his father used throughout his career. “We didn’t do it with a big bang,” he says. “People were surprised, but it’s that classic sound that you get instantly when you put up these cymbals.” 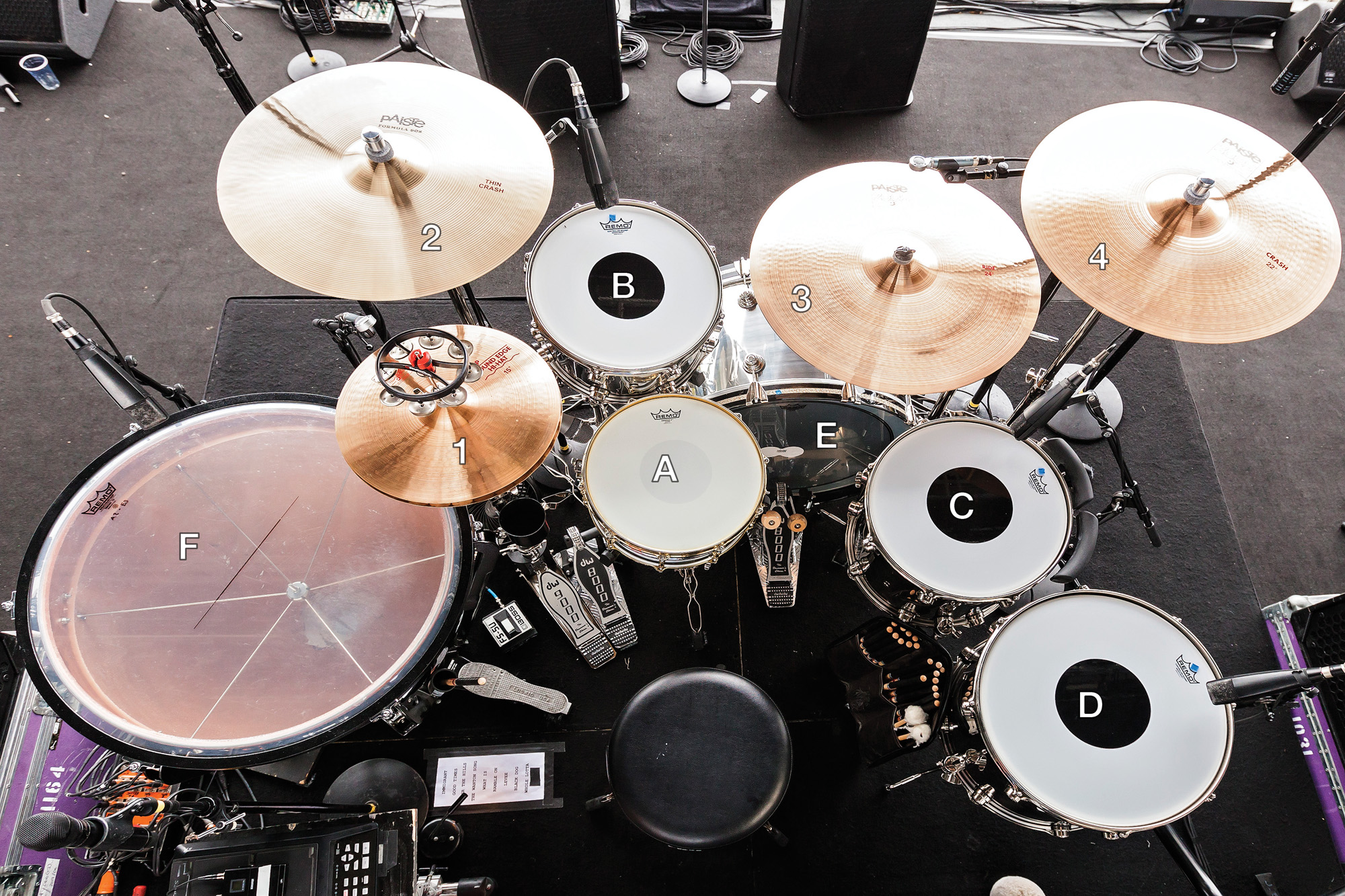 Hardware: DW, including 9000 series stands and throne and 8002 double pedal 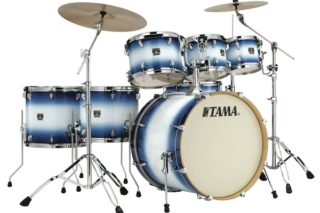 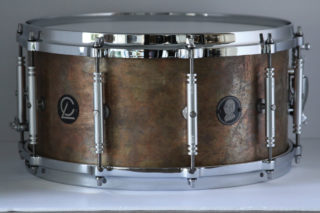 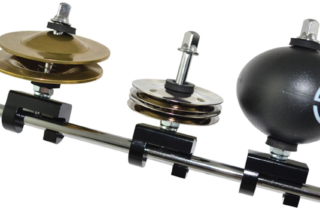