The 2019 Drum Corps International season proved to be one of the most competitive in recent memory, with several corps in contention for the championship title. At the finals, held this past August 10 at Indianapolis’s Lucas Oil Stadium, Concord, California’s Blue Devils corps held on to a narrow lead of less than a tenth of a point to win a record-breaking nineteenth championship. And for the first time ever, five different corps won caption awards among the Best Brass, Best Percussion, Best Visual, Best Color Guard, and Best Overall General Effect categories.

The Blue Devils’ production, “Ghostlight,” was a nod to the theater tradition of leaving a single bulb lit onstage during the night to allow the spirits to see. The show earned the corps the John Brazale Best Visual Performance Award, as well as their second gold medal in three years.

“It was a little bit of a shock when they announced that we won,” said the Blue Devils’ director of percussion, Scott Johnson, at the event. Johnson has been involved with all nineteen of the organization’s championships, including three as a marching member (in 1976, ’77, and ’79) before he joined the staff . “This was my fortieth season with the Blue Devils, and every year I try to make it a special experience that our members will never forget. The fact that one of the toughest judges in our activity [Jeff Prosperie] gave them a perfect 10 in the achievement section of the score sheet…that’s a memory for a lifetime.”

The Blue Devils scored a season-high rating of 98.325 and a 19.85 in drums, which was the top score of the night. The “Ghostlight” program featured music of the singer-songwriter Imogen Heap (“Cycle Song”), percussionist and composer Paul Smadbeck’s marimba solo “Rhythm Song,” television and fi lm composer Lorne Balfe’s “A True Passion” and “Stroke of Genius,” twentieth-century composer Aram Khachaturian’s “Symphony No. 3,” pop star Britney Spears’ “Circus,” and an original tune by the corps’ music director and arranger, David Glyde.

“My favorite part of our show was the tap section,” said Johnson. “I came up with the idea years ago when I used my wife Judy’s shoes to play a flamenco part for a recording session. I originally taught it to the snares and tenors with drumsticks. Then I told them they were going to play it with tap shoes on a wooden prop, like having the ghosts dance on the stage.

“There are a lot of flams and fast notes,” Johnson continued. “And scrapes—just like a tap dancer would do. The hardest thing about it was an accelerando with the front ensemble, which went from 80 to 190 bpm. It gets cranking near the end, and they’re playing really fast 16th notes with shoes on their hands.”

Finishing in a close second place with a score of 98.238 (their highest ever) were the Bluecoats from Canton, Ohio. Their Beatles-themed show was a fan favorite. The corps won the Donald Angelica Award for Best General Effect.

Earning the bronze medal, with a score of 96.60, was last year’s champion, the Santa Clara Vanguard from Santa Clara, California. The Vanguard also won their fourth consecutive and fifteenth overall Fred Sanford Best Percussion Performance Award. (Caption awards are determined by averaging the scores from all three nights of the World Championship competition.) The last corps that won four consecutive High Drum awards was the Blue Devils, between 1983 and 1986.

“We have a process that works,” explained Paul Rennick, percussion caption manager for SCV. “We attract great players, and thanks to the number of returning members from year to year, we pick up where we left off. It helps when you can start halfway to where you were before. I think it’s also fair to say that we try to expand our musical vocabulary and play new things that we possibly couldn’t have played years ago.” SCV’s program, “Vox Eversio,” referred to a theme about revolution. “In recent years, we’ve opened our shows with some beautiful extended front ensemble moments,” Rennick explained. “We thought it would be a good idea to do the opposite this year, so we came out as gangbusters with a big percussion feature. It just added a whole different level of energy to the show.”

Following the opening “Fraternity” by French composer Thierry Deleruyelle, SCV played “Audivi Media Nocte” by Swiss composer Oliver Waespi. “It’s a slightly funky, sort of New Orleans–flavored piece that ended up being a lot of fun to play,” explained Rennick. “Our middle piece was an arrangement of Postmodern Jukebox’s take on ‘Nothing Else Matters’ by Metallica.”

Rennick and his wife, Sandi, are SCV’s percussion arrangers, and they wrote original music for the program as well. “We hit a wide variety of styles and featured every section,” Sandi said. “It was just such a fun show.”

Rounding out the top six were Carolina Crown, from Fort Mill, South Carolina, who won the Jim Ott Best Brass Performance Award, the Cavaliers from Rosemont, Illinois, and the Boston Crusaders, who earned the George Zingali Best Color Guard Award for their epic production, “Goliath.”

Championship Saturday also featured the seventh annual DrumLine Battle, which was held in Indianapolis’s Pan Am Plaza. Seven drumlines, including one from Canada and one from South America, competed in a tournament-style bracket. Oregon, Wisconsin’s Shadow drumline won the final battle, besting former champions 7th Regiment, from New London, Connecticut.

Individual corps members had a chance to display their solo and ensemble chops during the annual Performers Showcase at the Indianapolis Convention Center on August 9 , sponsored for the sixth year by System Blue. Winning percussionists in seven categories represented five different corps.

“It’s awesome that System Blue supports [the Performers Showcase],” the Blue Devils’ Scott Johnson said. “I think it really brings out creativity and talent, especially for many individuals who otherwise might get lost in the drumline or drum corps.”

The Blue Devils had about four dozen brass and percussion members participate in the event, and three of the corps’ six percussionists won in their respective categories. Michael Dy, a seventeen-year-old rookie with the Blue Devils, won the Best Multi-Percussion award for his original drumset solo, “Full Circle.” Fellow BD rookie, eighteen-year-old Grayton Hodge, played a Brian Mueller arrangement of “Danny Boy” on marimba to win Best Individual Keyboard. And twenty-one-year-old Brandon Olander, who is aging out after five years in the Blue Devils, captured his second Best Individual Snare Award with his original solo, “Flow State.”

Other award-winning percussionists included Santa Clara Vanguard multi-tenor player Remy Thomas and timpanist Zachary Howard from the Troopers. Ensemble awards went to the Mandarins front ensemble and the Legends cymbal ensemble, the latter of which group won its second award in three years. 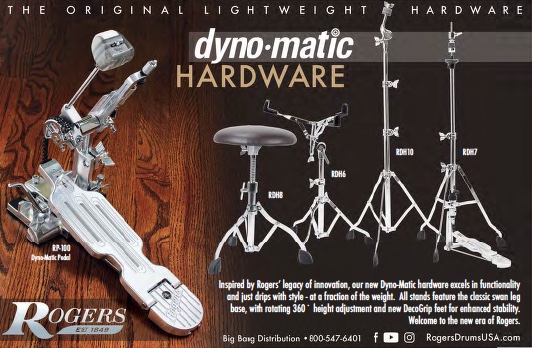 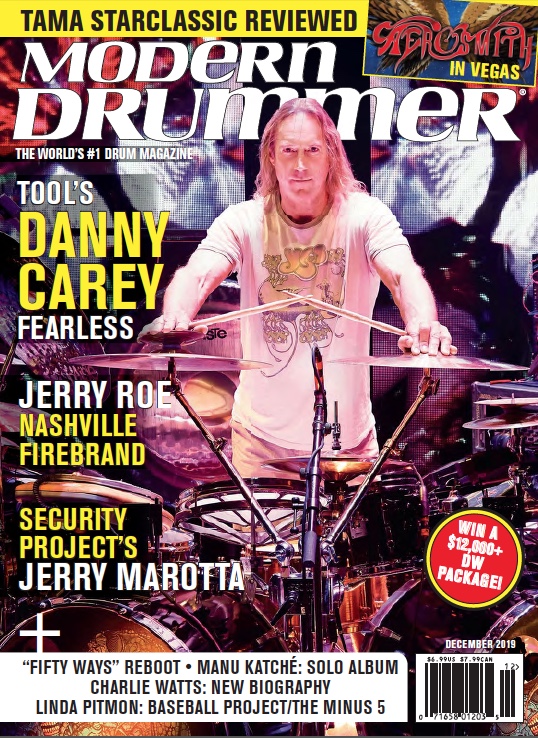 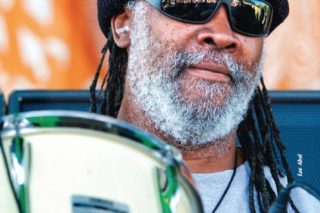 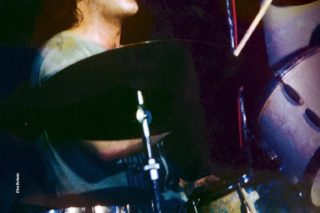 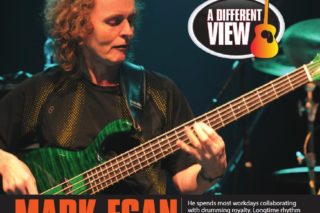 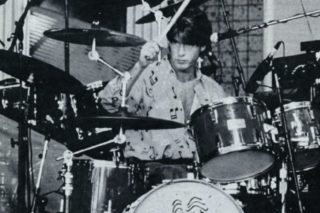