Imagine yourself playing in a club and having a really good time. It’s one of those nights when the group is clicking and the audience is really with you. Suddenly, you notice a very famous drummer in the audience, watching and listening to you. A moment ago everything was great. Now your hands are sweating, your heart is beating faster and you’re having trouble breathing. At this point you may even have difficulty remembering what song you’re playing. This is a classic case of the “horribles.

“Young drummers react to this situation in a variety of ways. One drummer I knew would stop playing, take the pedal off the bass drum, and loudly proclaim that it was broken. Then he’d leave the stage to presumably fix the foot pedal. Other guys simply become paralyzed. Their arms and hands will suddenly not move. It’s much the same feeling as when you are dreaming. You want to move, nothing is holding you back, but you can’t move.

The over-eager type of drummer who thinks he is hot stuff will begin to hit everything on the drumset. All at once, this guy is playing solos and fills in the arrangement that were never there before. Naturally, the other guys in the band can’t imagine what’s happening. Everything was fine and their drummer just went crazy. This approach usually spells disaster for everyone, including the drummer. More than likely he will miss some breaks, make mistakes and make a fool of himself by overplaying and trying too hard to be impressive.

Then there is the drummer who becomes inhibited, but doesn’t exactly panic. He just begins to hold back. He plays with less punch and less enthusiasm. He plays defensively. He stops trying to play well and just wants to avoid making a mistake. This is a safe approach, but the other members of the band may feel sort of let-down. They may even turn to the drummer as if to say, “Come on, let’s go!”

Then there is the drummer who has practiced a lot and wants to show the famous drummer in the audience that he has developed great technique. A good example of this approach is to begin to play extra patterns to show off his left hand or bass drum technique. These “show-off” type patterns usually don’t fit with any form of music known to man. The tempo and the feel usually suffer greatly. Here are some ideas and attitudes to remember that will help you through this type of situation.

2) Most famous players do not want to put anyone down. They know how tough the music business is because they’ve been through it. There are some very insecure famous players, but as a general rule, most of them are sympathetic to what you’re going through.

3) Most famous players do not want to make you nervous. They usually are hoping that you play well. This is more fun for everybody.

4) If someone famous is watching, play the way you normally play. Don’t try new, far out breaks that might not work. Play with enthusiasm, but don’t hope for a miracle in an effort to impress someone. Just play your best.

5) Don’t take the situation too seriously. One night, good or bad, will not make or break your entire career. Just give it your best shot.

6) Ask yourself, “What can I learn from this experience?” Learning to play under pressure is an important part of everyone’s career. Thinking of the pressure as a learning experience helps to calm the butterflies in your stomach.

7) Ask yourself, “What are my choices?” a) You could overplay in an effort to be impressive. b) You could underplay and play it safe. c) You could just play the way you normally play.

I prefer the last approach. Just play your usual style and concentrate on the music. Pros want to hear a young drummer play musically. That will impress them more than anything else you could do. Usually, the pressure in the situation will get your adrenalin going without any effort on your part. The key here is to realize this and to stay relaxed. Take a few deep breaths and say to yourself, “relax” as you exhale. A few deep breaths can do wonders to help keep your nerves under control.

One last thought. If you really play well, others will hear it. You don’t have to force it. If you really play well, everyone will know it and they will tell you. And if you are not a genius, you have nothing to worry about. Just play your natural best and have a good time. If you can have fun playing, there is no need to worry about what others think. Music should be fun. 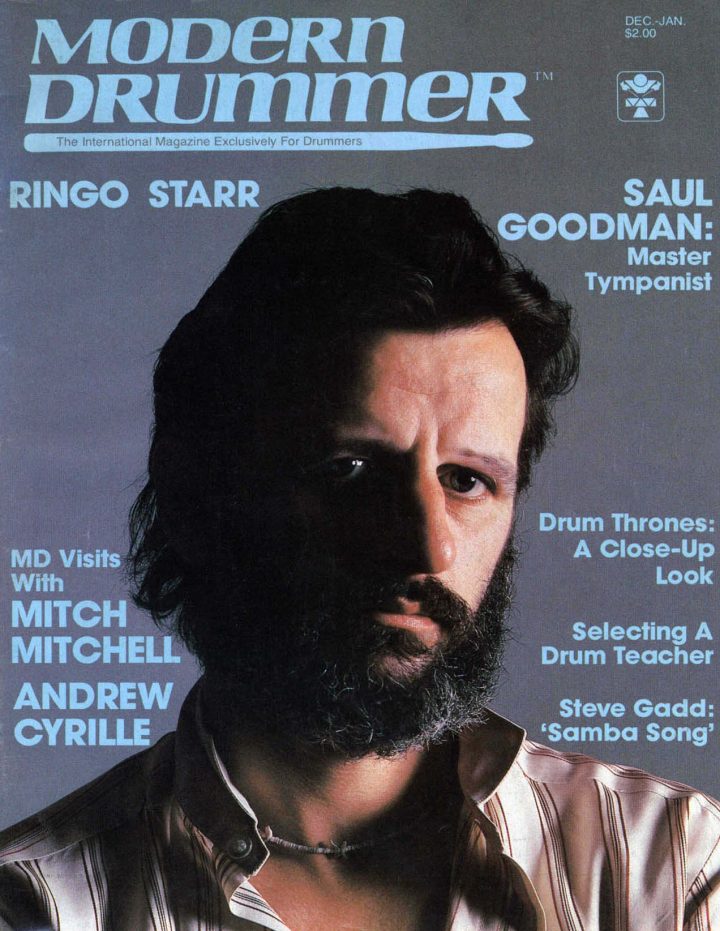 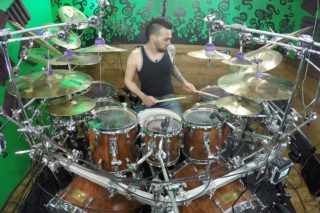 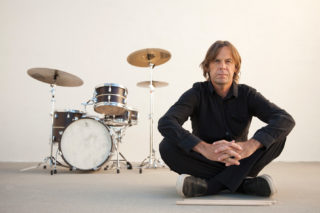