Welcome to the MD Drummer portal for Peter Magadini. Here you can explore both public and Modern Drummer exclusive content related to Peter Magadini. Our drummer Portal features news, lessons, videos, *Magazine Articles, MD Products and more. Be sure to navigate to other drummer pages by selecting their name in the dropdown above or by clicking Drummers in the navigation menu.

Peter Magadini wrote his original book “The Musicians Guide to Polyrhythms”  in 1968. It was first published by

Bob Yeager & Try Publishing, out of the “Hollywood Professional Drum Shop ” in Los Angeles. Since its inception the book has been considered the go-to source on the topic ever since. It was also written for ALL musicians in mind, not only drummers. (Note: the publication is now called “Polyrhythm, The Musicians Guide” and is published by Hal Leonard Publishing).

Peter holds degrees from the San Francisco Conservatory of Music (BM) and the University of Toronto (Masters in percussion).

MD Mag ArticlesMD Web NewsMD Podcasts
Note: Some MD articles are only available in pdf format. Those articles do not appear in this list. Subscribers to Digital and All-Access can view every Modern Drummer issue in their available formats. Browse all MD issues from our archive here.
October 2022:
The Polyrhythm Conversion Timetable

The following comparative timetable illustrates how polymeters and polyrhythms work with one another when played at the same tempo and time signature.The first fundamental polymeter starts with with 3 over-4 notes (3:4), followed by 5:4, 6:4, 7:4, and 8:4. Within each polymeter, one can subdivide the rhythm into any combination … 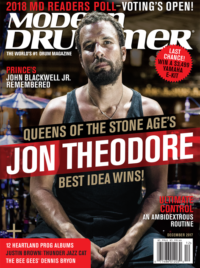 Given that rhythm is the playground of drummers, polyrhythms seem to have a particular resonance. The possibilities of two against three, three against four, and beyond are continually explored in jazz, rock, and other styles. For many a drummer across different genres, discussing polyrhythms often brings to mind Peter Magadini. 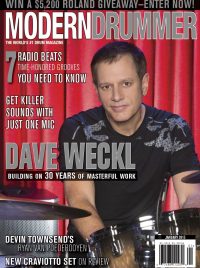 The Afro-Cuban songo rhythm was created in the 1970s by the Cuban band Los Van Van and its drummer/percussionist José Luis Quintana, aka Changuito. After many years of studying and playing Afro-Cuban and Brazilian rhythms myself, and participating in a festival in the city of Recife in northern Brazil (where … 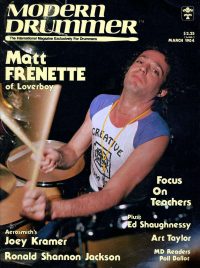 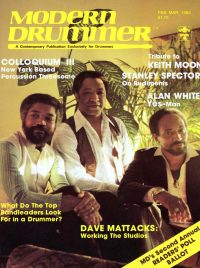 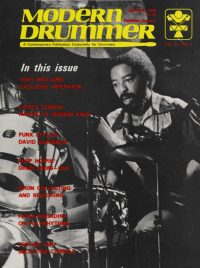 See what’s in the January 2015 Issue of Modern Drummer featuring Dave Weckl and where to get it….

See what’s in the pages of the December 2014 issue of Modern Drummer magazine featuring Gregg Bissonette!

[MDEdTop]Online educator and clinician Mike Johnston began playing drums at the age of five, and he studied privately with some of the greatest educators of our time, including Peter Magadini and Steve Ferrone. At the age of twenty-one, Mike received a major-label record deal with his band Simon Says (Hollywood …