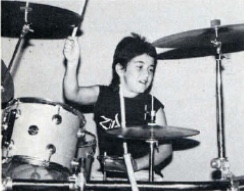 Roli Garcia, Jr., is a drummer from Laredo, Texas, with an unusual string of accomplishments to his credit. In just eight years of playing the drums, Roli has jammed with Vinnie Colaiuta’s band, appeared as a guest artist at several NAMM shows, picked up endorsements with drum, cymbal, and stick companies, been featured on the cover of Jazz Educator’s Journal after winning the National Association of Jazz Educator’s Young Talent Award, and appeared at that organization’s convention. Most recently, Roli performed a “drum battle” duet with Louie Bellson at Zildjian Day in Dallas.

Not a bad collection of achievements in the career of any player—and more remark able when you consider that Roli Garcia is only ten years old! Roli was born on June 4, 1975, and began playing drums almost immediately. His father, Roli Sr., who is also a drummer, was attending North Texas State University. Fusion was the popular musical style at NTSUat the time, and by the age of two, Roli Jr. could sing and play along to Chick Corea tunes from the Leprechaun album. As a toddler, Roli Jr. spent his first few years on and around the campus, associating with the many drummers there. He would also attend his father’s practice sessions (as well as those of various lab bands), playing on a small set of his own, which consisted of a 10″ snare, 10″ tom, 16″ bass drum, a cymbal, and a pedal. In 1978, upon his father’s graduation from NTSU, Roli Jr. and his family moved to Laredo, Texas, where Roli Sr. opened a drum shop in 1979. This gave “Little Roli” the opportunity to be around drum equipment of all kinds. The store was next to the family home, so Roli Jr. spent most of his time there, and eventually he pieced together a large, full-size set of his own. With this kit he practiced constantly, along with a music collection that numbered SO albums, 40 cassettes, and over 15 reels of tape. He also recorded himself constantly to gauge his own progress. And there’s no denying that that progress has been remarkable.

Modern Drummer spoke with Roli Jr. and his father about the development of this young drummer’s abilities, and his goals for what looks to be a very promising future. Shy and polite, Roli Jr. was content to let his father do most of the talking. He lets his drumming speak for itself.

RVH: Do you remember how you got started playing drums?

Jr: I started when I was one and a half. My dad plays, and I just walked over to the set one day and started playing on it.

RVH: You’re ten now, so you’ve been playing for just over eight years. Who do you study with?

Jr: I study with my father, but I listen to a lot of other drummers.

Sr: We tend to interact together and exchange ideas. We have two kits set up, which we’ll play together. Or sometimes I’ll play keyboards and he’ll play drums, or he’ll play keyboards—which he does as well as drums—and I’ll play drums. I’m not a keyboard player per se, but I can get around it well enough that we can get a time thing going—just steady time. That’s important, because drumming is not all soloing. It’s not all flash and chops. That’s what I emphasize when I play with him on keyboards. What I teach him on the set is the technique to allow him to build up his ideas. And he has a lot of ideas; they just come out and come out, like a chain reaction. I try to teach him how to get around he set with ease, in order to make it easy for him to produce his ideas.

RVH: Roli Jr., you mentioned that you listen to a lot of drummers. Which ones do you particularly like?

RVH: Do you ever go back a little farther and listen to players like Buddy Rich, Louie Bellson, or Mel Lewis?

Sr: He never really went back that far in his personal interests. We’ve kind of pushed the fusion thing, in order for him to have that ability to flow and improvise at the same time. I think that’s what helped develop his style a lot. I think that, if he had tried to be more bebop-ish, he wouldn’t be able to play half the way he plays now. It’s two different techniques altogether. Where the more traditional jazz style involves riding with other players, the stuff Roli plays—although of course it also involves other players—is freer. It also involves rock influences at the same time, so it’s more contemporary. That’s what I fed into him when I was studying at North Texas State.

RVH: How much time do you put in each day on your drums, besides what you do with your normal schoolwork?

Sr: I think it’s a little more than that. When he gets home from school he goes straight for the drums, and he’ll play till 10:00 or 11:00 at night if we let him. He plays, records himself, and plays along with other tapes. He’s got a little two-year-old brother who fights him for the set now, though.

RVH: You’re playing on a regular-size set now, aren’t you?

RVH: What would you like to do with your drumming?

Jr: Be in a fusion band.

Sr: We’re working on a couple of projects that we’re going to try to get off the ground this year. It’s a hard thing to find musicians his age. Even among 18 year olds, there aren’t many fusion players right now, especially in our area of Laredo, Texas. That makes it even harder. I was talking to Tom Coster recently. He said that keyboard artists often get a bass guitar and drummer, prerecord them, and then play keyboards over that as a solo act. But there’s never been anything like that for a drummer—at least not in Tom’s type of music. There are Music Minus One drummer records, but they’re mostly bebop-type things. There really hasn’t been anything in odd-meter or fusion-style situations available for a drummer. Tom was very interested in what might be developed from that idea. So one thing we’d like to do with Roli Jr. is to put the music together on tape and present a show. I mean, look at Menudo. They sing to prerecorded music and are doing very well at that. Nowadays, you can just touch a button, everything goes on, and you can just play along with it. There are synthesizers and sequencers that you can feed all that stuff into and play it back. So we’ve got something like that in mind for Roli Jr., until other players his own age mature in that style and can play along with him. We want to keep the same size level: little kids playing hip music.

We’ve also been approached by several elementary schools to do some clinics for them, where Roli Jr. would go in and demonstrate a drum unit, either electronic or a drumset, and show the kids his age what it’s all about.

RVH: That could really help encourage kids to become interested in drums at an early age.

Sr: That’s right. One fault of the school systems is that, up until now, the only outlet for music at the lower grade levels has been marching band. You can’t make a living playing a marching snare drum. I think the music departments in schools should have a more contemporary approach to music, especially with all the equipment available now that didn’t exist when I went to school.

RVH: Roli Jr., do you enjoy all the traveling you’ve been doing, making appearances at shows and concerts?

Sr: I brought him out to the Anaheim, California NAMM show for the first time in 1982, when he was six. That’s when Vinnie Colaiuta saw him play and invited him to the club where Vinnie was playing that night. So Roli sat in with Vinnie’s band that night at the Flying Jib in LA. We still talk to Vinnie once in a while on the phone. Billy Cobham’s been down to our store in Laredo a couple of times. He has sat down and talked with Roli, and played with him a little bit. That’s been a tremendous experience for Roli.

RVH: Getting involved with endorsements and public appearances is exciting, but also involves a lot of pressures. Do you think this might all be a bit much for a ten-year-old boy?

Sr: I think he should have had this exposure when he was five or six. He’s been playing like this all his life. I’ve never seen another player like him, and I’ve been around pretty much. My father and I go back a long time in the music business. I’ve seen kids who play drums, but not at the level that he’s been able to reach. 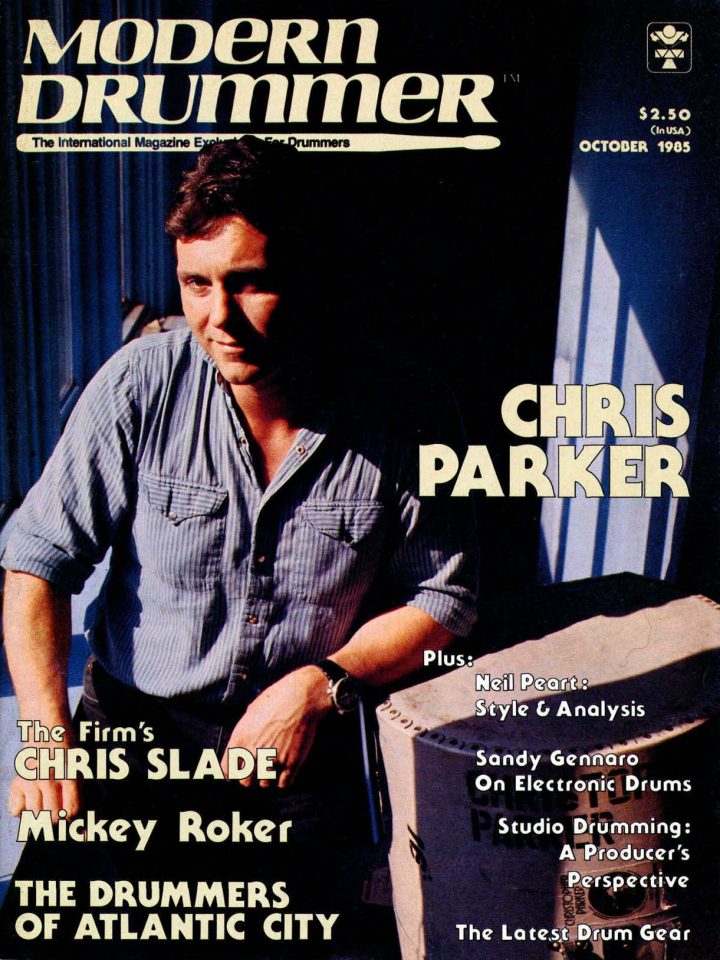 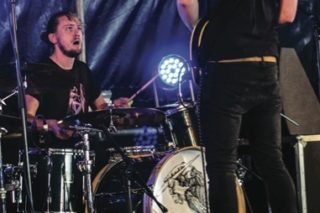 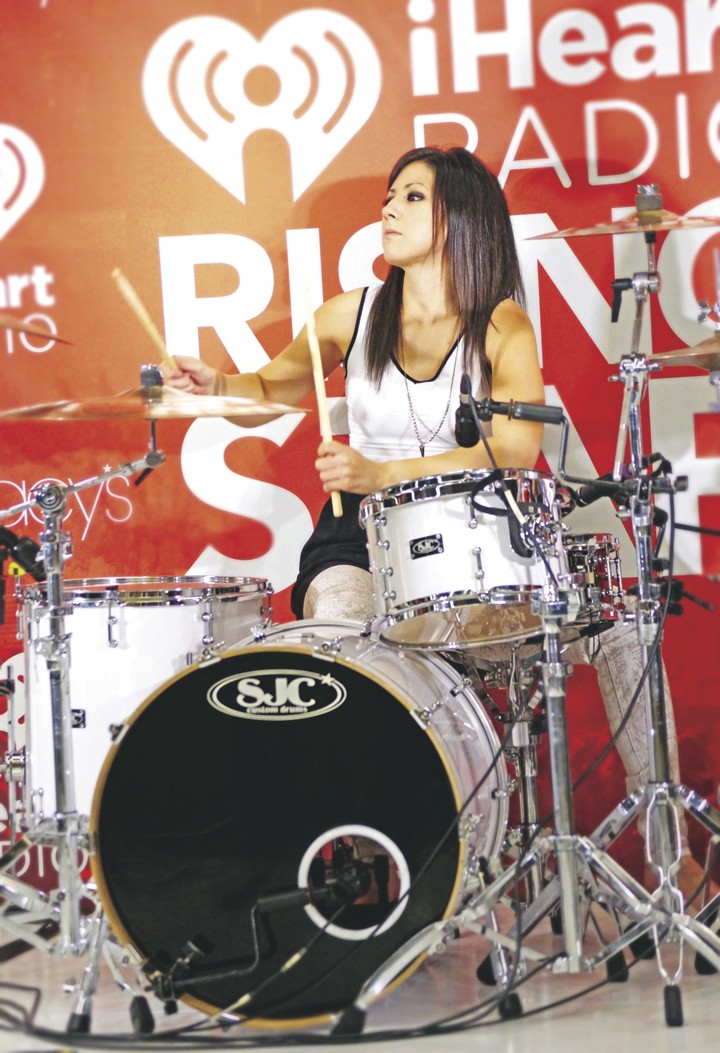 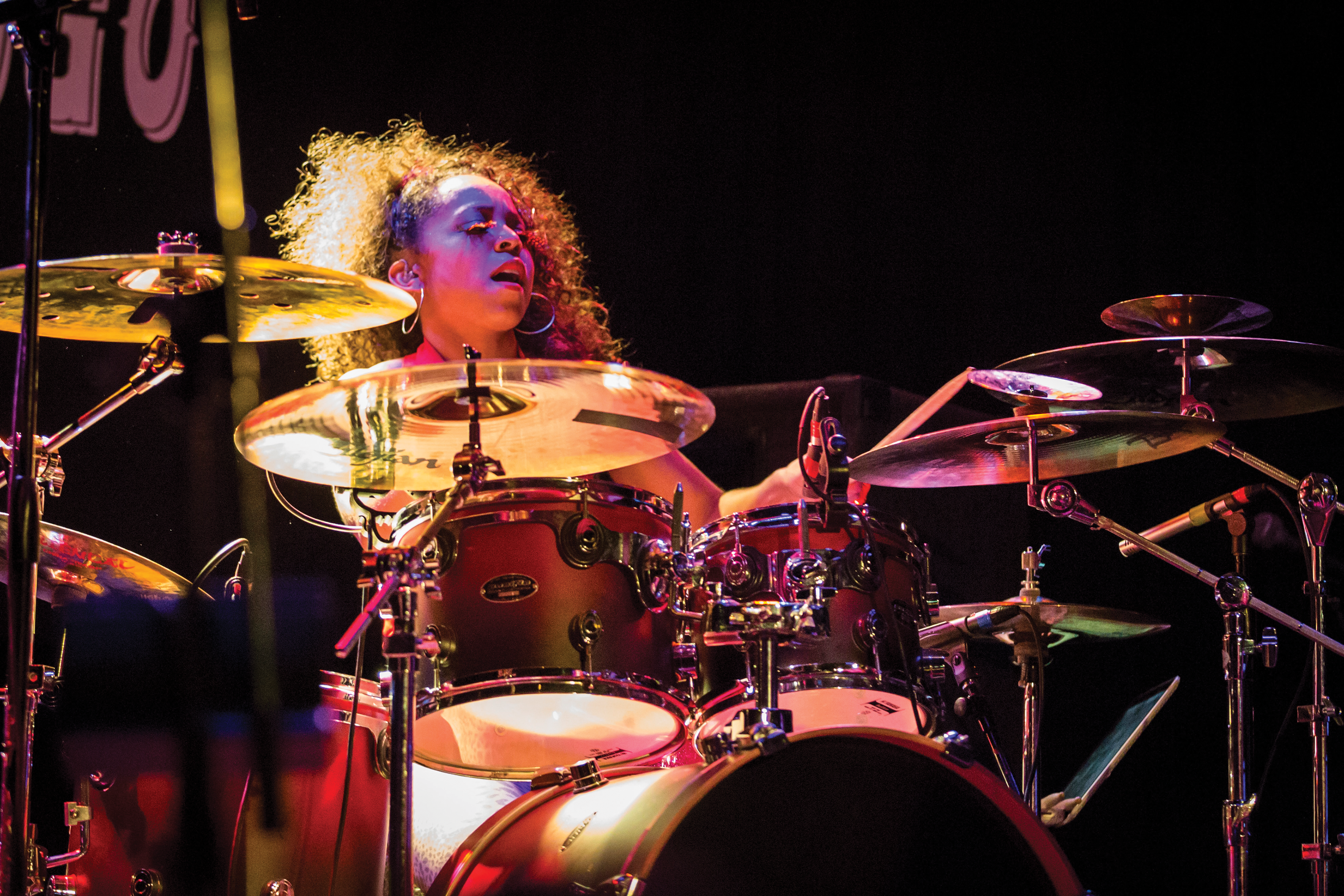