Friendship amongst drummers takes on many curious attitudes. For example, we have the fair-weather friend. He is the guy who is super friendly to you if you are with a name group. When you are between groups he loses interest in you and becomes real friendly with someone who is in the limelight. This guy’s slogan is “everyone loves a winner.” If you are out of work or having a few problems, he suddenly can’t find time for you.

Then there is the name-dropper. He is a sort of cousin (mentally, that is) to our first guy. Whenever someone mentions a famous drummer he says, “Oh Yeah! We are really good friends. We hang out together.” In real life this guy may not have even met the famous drummer in question.

Another type of guy comes up to you and is very complimentary about your playing, especially if you are in some way well known. The trouble with this type of guy is that he talks differently about you when you are not there. I’ve seen it happen this way: “Hey man, you really sound great.” When the drummer in question leaves, the same guy says, “He can’t play at all. What a drag he is. I don’t like his drumming.”

It also happens in reverse. A number of years ago a very famous drummer had opened the night before at a well-known jazz club. This drummer was introducing his new group. I happened to be in attendance on opening night. The famous drummer in question and his group were really sensational. The following day I was standing in a music store waiting for a student to arrive. Several drummers were standing around openly criticizing the drummer I had heard the night before. They were saying all sorts of uncomplimentary things and I was shocked. I couldn’t believe what I was hearing so I said nothing. Suddenly, the drummer in question walked in and said hello to everyone. To my surprise, these same guys started to compliment this guy like crazy. Now I was really confused.

After I thought about it, I realized that talk is cheap. Also, the same people who criticize you behind your back are too weak to say the same things to your face. Unfortunately, a lot of this still goes on.

When I was at the PAS (Percussive Arts Society) convention in Dallas I ran into an old friend, Ed Shaughnessy. Ed said, “Roy, how are you? I haven’t seen you for at least six years.” While we were talking and laughing a young guy approached Ed to ask him a question. “Are you two guys friends?” Ed said, “Sure, for many years. We are not competing with each other; we just happen to be in the same business. It gives us something in common.”

We both chatted with this young man and several of his friends. One volunteered, “You guys are so easy to talk to.” Ed’s response was, “Professional players are usually easy to talk to. It’s the semi-pro who has the ego problem because he isn’t sure of himself. Good players understand what younger guys are going through and enjoy sharing their experience with them.” Although there are a few exceptions, I heartily agree with Ed’s comments. Most good players are easy to talk with.

Ed and I used to split a TV show called Saturday Prom years ago. I would do two weeks (it was on once a week) and Ed would do two weeks, depending on his schedule. It was my first TV show, but one of many at that time for Ed. When he was teaching in New York we had many conversations. He was always extremely positive. He would show me things in his studio and we would discuss techniques and ideas.

In all of those conversations (and to this day), I never heard Ed say a bad thing about another drummer. He appreciates all players. He understands the dedication and hard work required to play well. Ed is not only an accomplished musician, he is also a gentleman; someone to be respected.

The following ideas are ones that Ed and I have discussed at one time or another over the years:

One last thought: If Ed Shaughnessy is giving a clinic, do your best to be there. You will learn something and you will witness a pro and a gentleman in action. In my case I get a plus—I get to see an old friend. 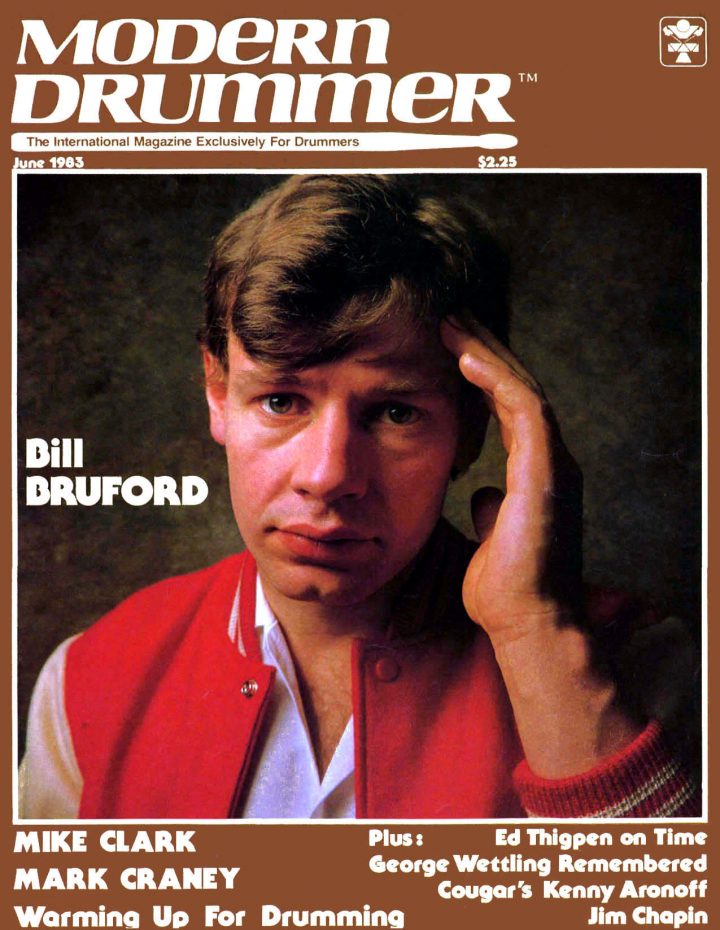 Technique And Equipment
by Roy Burns