The PSTX series is a complete lineup of effects cymbals designed to achieve trashy tones and clean bell sounds at very affordable prices. Models include 14″ ($151), 16″ ($192), and 18″ Swiss Thin ($232) crashes, which have holes of different sizes punched in them to produce noisier, dirtier textures. There’s also an 18″ Swiss Medium crash ($232) that provides a bit more volume and durability, a 10″ Swiss splash ($106) that blends the light, airy burst of a classic splash with the grit of the trashy Swiss crashes, and a 14″ Swiss Flanger crash ($151) that has fewer holes and is thinner so that the overtones undulate a bit after the initial explosive attack. All of the Swiss crashes are made from 2002 (B8) bronze.

The PSTX Swiss crashes were a lot of fun to play, effectively bridging the gap between the smooth wash of regular crashes and splashes and the explosive, dissonant nature of a China, but where the series really stood out was in the hi-hat and stacker options. Available in 10″ ($212), 14″ ($302), and 16″ ($384) sizes, PSTX Swiss Hats combine two cymbals of different alloys (2002 bronze and brass) to create a dry, gnarly sound that’s similar to the funky hi-hat tones found in classic analog drum machines. If you’re a fan of the small stacker sounds employed by modern jazz/electronica greats like Jojo Mayer, Mark Guiliana, Zach Danziger, and Benny Greb, then get a pair of the 10″ PSTXs. I mounted them right in front of the snare, in place of the rack tom, and had a ball playing quick 16th-note figures between them and the snare. 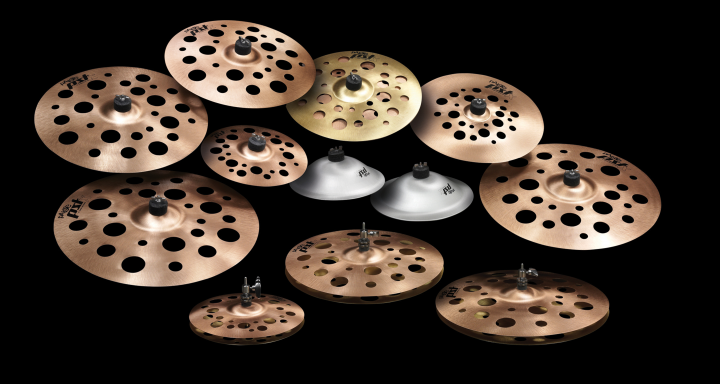 The 14″ Swiss Hats were louder than the 10″ but equally dry and nasty sounding, and they had the most familiar feel and response when played in place of standard hi-hats with the foot or with sticks. The 16″ Swiss Hats rode the middle ground, sonically and responsively, between a similarly sized China/crash stacker and a set of large hi-hats constructed from two crashes. They weren’t as trashy as a stacker, but they had a short, explosive sound that could be made tighter or washier depending on how tightly I held them closed. I placed the 16″ models on the right side of the kit, where a second rack tom would typically be located, and used them as X-hats for more aggressive ride patterns.

The Swiss line is rounded out with a 14″ Flanger Stack ($302) that comprises a brass Swiss-crash-type top and a bronze Flanger crash bottom. The combo is designed to be mounted with the bells facing up, and it sounded best when the two cymbals were held together fairly loosely so that they complemented the dry, tight tones of the PSTX hi-hats with a bit more rattle and sizzle.

The outliers in the PSTX series are 9″ ($97) and 10″ ($106) Pure Bells, which are made from aluminum (a first for Paiste) and produce a warm, pure, meditative tone with a long and even sustain. I liked hitting them once or twice after exploring the more tension-laden textures of the Swiss crashes, hi-hats, and stacker. Talk about contrast! 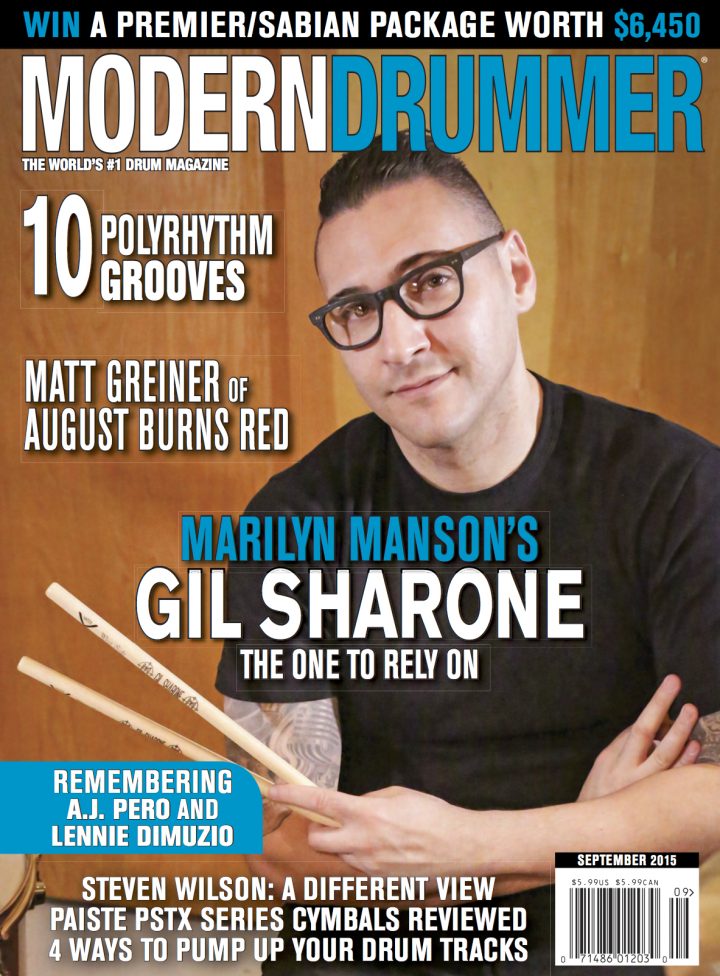 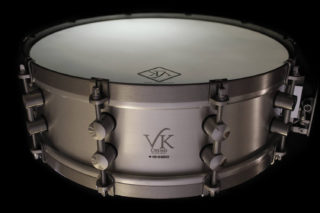 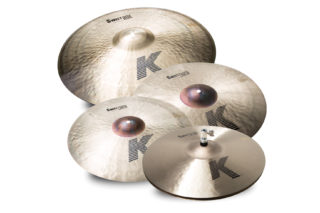 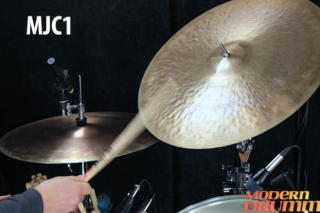 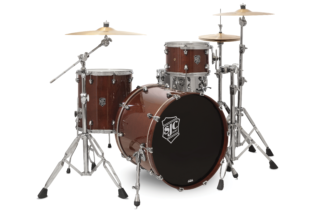