In this final installment of our hemiola series, we’re going to add yet another accent to the half-note-triplet patterns we covered in parts one and two. Part one had one accented note within the three groupings of four 8th-note triplets, and part two had two adjacent notes accented within the triplets. Now we’ll accent three adjacent notes and move them to the four different starting positions.

As always, it’s imperative that you understand the relation of the quarter-note pulse to these accent patterns every step of the way. Only once you’ve internalized the rhythms to the point where you can comfortably count quarter notes out loud and groove to them will they be of any use in a musical situation.

Since the accents now outnumber the taps, you will be using more loose, rebounding free strokes (or full strokes) than in the previous parts. When you’re accenting three notes within a four-note grouping, one hand will need to play continuous free strokes while the other plays alternating downstrokes and upstrokes. It’s crucial that the hand playing continuous free strokes does so with a natural flow—no extra tension! At the same time, it’s important that the hand playing the upstroke/downstroke combination plays an accent that matches the other hand in terms of stick height and velocity, and that the tap is played low and lightly for maximum contrast. Don’t average out the stick heights, the stroke velocity, or the amount of squeezing between the two hands. The downstroke must be played strictly, with a brief moment of squeezing, while all of the other notes are played as loosely as possible. Take your time to learn each pattern very slowly, and pay careful attention to the stroke type noted above each note (F = full, D = down, T = tap, and U = up). Practice the exercises along with a metronome or recorded music, and make sure that you can comfortably tap your foot and count quarter notes out loud while playing. 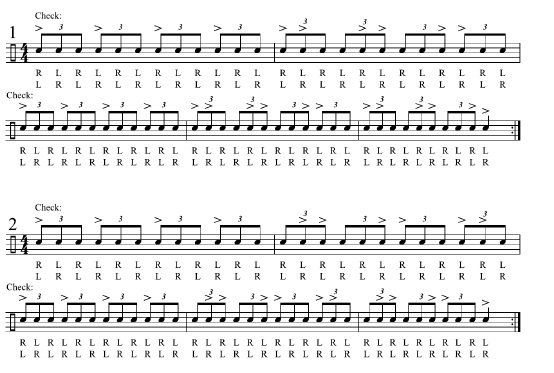 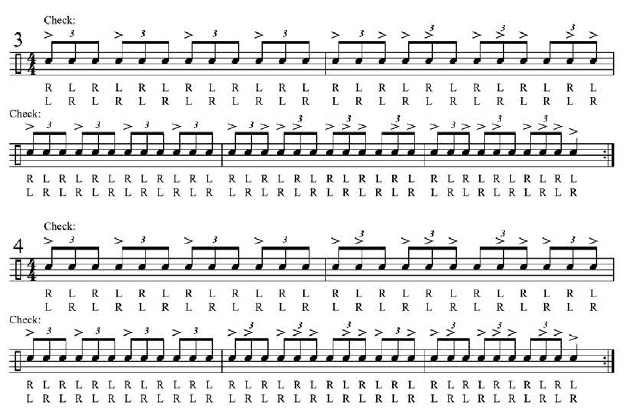 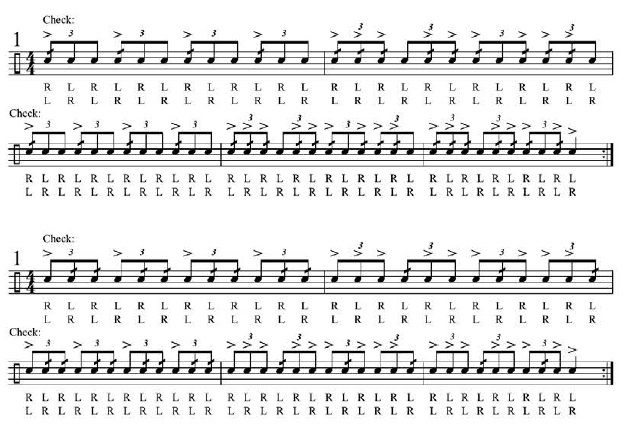 Mastering the hemiola accent patterns presented in this series will do amazing things for your understanding of triplet partials. Triplet-based “rhythmic Illusions” will no longer throw you off, plus your own vocabulary will have greatly expanded. Internalize the exercises through a massive number of perfect repetitions, and then don’t be surprised when they show up in your own creative stream-of-consciousness explorations behind the kit.

Bill Bachman is an international drum clinician, the author of Stick Technique (Modern Drummer Publications), and the founder of drumworkout.com. For more information, including how to sign up for online lessons, visit billbachman.net. 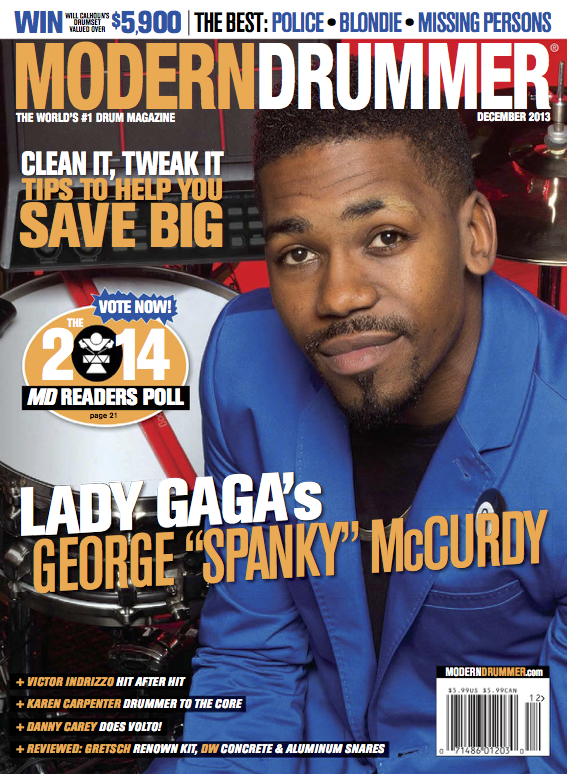 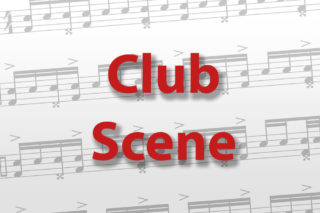 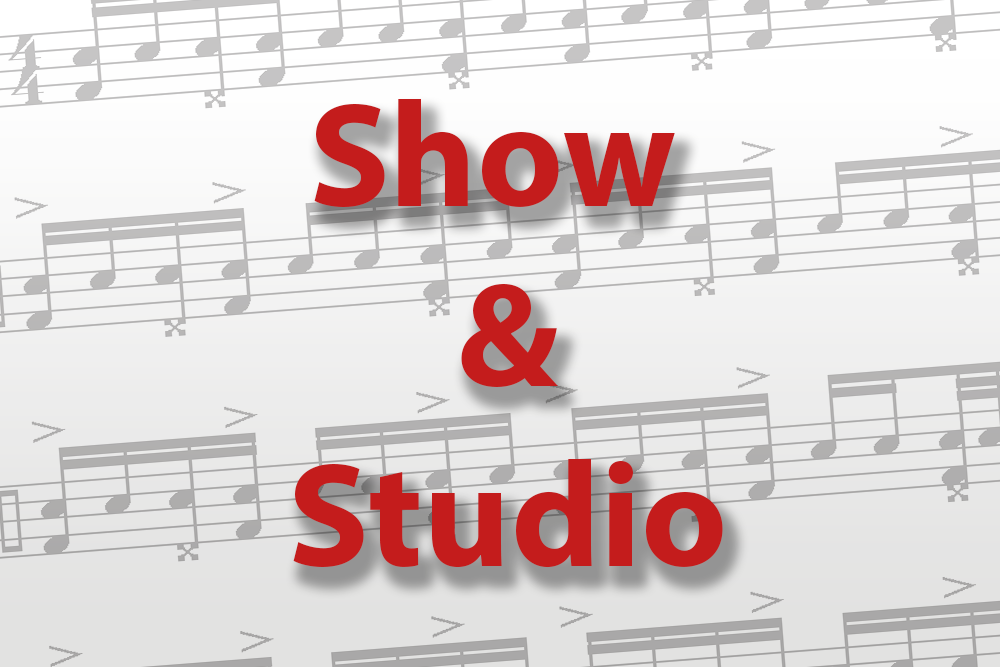