“Introduction”Chicago Transit Authority, 1969 “This was a powerful musical statement written by Terry Kath that set the tone for our band’s first album,” says Seraphine. “The song was inspired by the Don Ellis Big Band recording called ‘Autumn,’ which we were all listening to at the time. ‘Introduction’ embodied the essence of what Chicago was […] 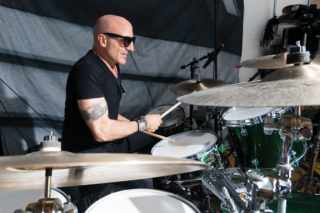