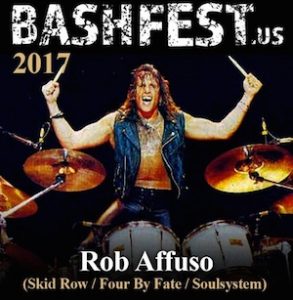 Welcome to the MD Drummer portal for Rob Affuso. Here you can explore both public and Modern Drummer exclusive content related to Rob Affuso. Our drummer Portal features news, lessons, videos, *Magazine Articles, MD Products and more. Be sure to navigate to other drummer pages by selecting their name in the dropdown above or by clicking Drummers in the navigation menu.

Robert James Affuso is an American heavy metal drummer and musician, best known as a member of the band Skid Row from 1987 to 1996. Affuso is currently the band leader and drummer for Soulsystem, a band he formed while touring with Skid Row in 1992.

MD Mag ArticlesMD Web NewsMD Podcasts
Note: Some MD articles are only available in pdf format. Those articles do not appear in this list. Subscribers to Digital and All-Access can view every Modern Drummer issue in their available formats. Browse all MD issues from our archive here.
October 1993: 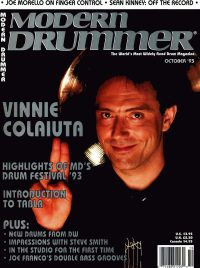 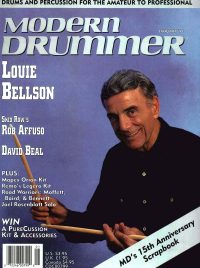 Category: Drummers, On the Beat
On the Beat with Bryce Lipz of Sisters Doll: Talks Influences and Opportunities

What’s up Modern Drummer magazine? My name is Bryce Lipz and I play drums for the Australian glam rock band Sisters Doll. I’ve been drumming professionally and touring for the past seven years. I decided to start playing drums when I was growing up listening to my Dad’s record …

The first of these shows that Tichy & Sutton have produced, took place on September 25th, 2010, on the 30th anniversary of Bonham’s passing. They have since taken the show to both coasts, with BashFest 2017 sure to be the mightiest one yet.