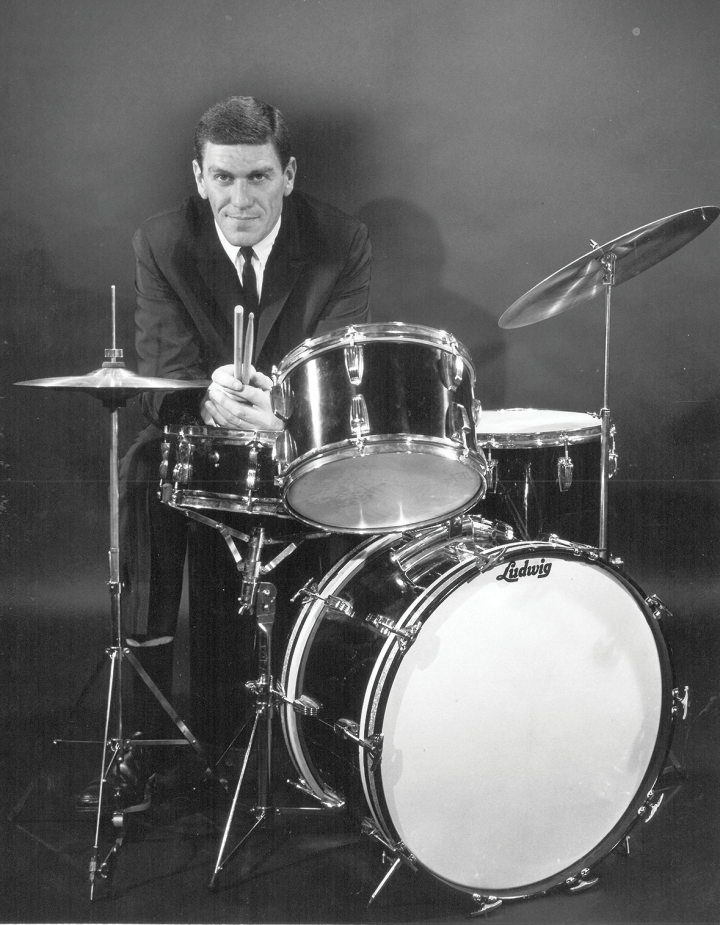 The great bebop trumpeter Dizzy Gillespie affectionately referred to Stan Levey as the “original original.” The two met in Philadelphia in the early 1940s, a time when many jazz musicians called this city home, including Gillespie, John Coltrane, Philly Joe Jones, Benny Golson, and the Heath brothers.

Levey (1926–2005) was born in Philadelphia and began playing drums at seven years old. He was a sturdy man and a former boxer. (His dad was a fight manager.) He also studied piano and arranging in high school, and at age sixteen was invited by Gillespie to join his working group at the Downbeat Club in Philadelphia. Shortly after the engagement ended, Gillespie moved to New York and encouraged Levey to do the same. The trumpeter recommended Levey to bassist Oscar Pettiford, and in no time Stan was working on 52nd Street with jazz legends such as Barney Bigard, Erroll Garner, Thelonious Monk, and Charlie Parker.

Like Max Roach, Levey was an essential figure in the progression and development of bebop. Unlike the swing music of the 1930s and ’40s, bebop was designed for listeners instead of dancers. The tempos were often extremely fast, the harmonic progressions were more sophisticated, and the rhythmic feel was more “broken up” and less predictable. Listening to Levey on recordings, you hear a drummer who played for the musicians he accompanied. His approach to timekeeping was straight-ahead and uncluttered. His strengths were his articulate sound, his purposeful ideas, and the unique pulse that he provided in small and large ensemble settings.

Levey’s ride cymbal phrasing is reminiscent of Shelly Manne’s. Levey’s phrasing accents the quarter note for propulsion, and his interpretation of the beat itself has a wide spread with excellent articulation. Interestingly, both Manne and Levey worked with Stan Kenton’s band (the former in the late ’40s and the latter in the early ’50s). Their wide cymbal beat might be an outgrowth of this shared musical experience, since the Kenton band had fifteen horns, was extremely loud, and required strength to help shepherd the horn players’ time feel.

For a sample of Levey’s ride cymbal phrasing, check out Kenton Showcase: The Music of Bill Russo and Bill Holman. Another excellent example can be heard on the live recording Basin Street East Proudly Presents Miss Peggy Lee, from 1961, which Levey cited as one of his all-time favorites.

Levey’s up-tempo cymbal beat, which he was called upon to play on many occasions with Charlie Parker and Dizzy Gillespie, was dynamically balanced and executed with a light touch.

Two of my favorite recordings of Levey’s are The Arrival of Victor Feldman, with bassist Scott LaFaro, and For Musicians Only, which features Gillespie, Stan Getz, and Sonny Stitt. On these recordings, Stan’s drums are tensioned high and crisp, and his cymbals have a clean, articulate sound with an equal balance of high and low overtones. The drummer was right-handed, but he played left-handed, meaning he led with his left hand on the ride cymbal and used his right foot on the hi-hat.

For Musicians Only is a compilation of standards featuring tempos ranging from 260 to 350 bpm. Below are bass drum comping examples that Levey plays during the instrumental solos to help goose the time and break the physical tension.

On The Arrival of Victor Feldman, we get a true sense of how Levey colors an arrangement
using the many sounds of the drumset. Case in point, during the A sections of the melody for “Serpent’s Tooth,” Levey plays time on the hi-hat and then transitions to the ride cymbal for the eight-measure bridge. He accompanies the bass solo on “Chasing Shadows” and the vibes solo on “Bebop” by playing the hi-hat stand on beats 2 and 4. On Chopin’s “Waltz” (transcription below), Stan carries the groove and the arrangement with brushes.

Levey’s solo work is closely related to patterns played by Max Roach, Roy Haynes, and Philly Joe Jones. Below are two examples from The Arrival of Victor Feldman that contain textbook bebop vocabulary. 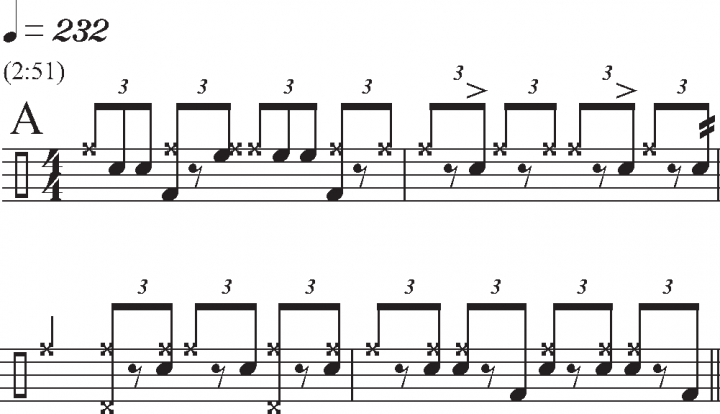 After touring with vocalists Ella Fitzgerald and Peggy Lee, Levey became a mainstay in the Los Angeles recording studios and could be heard on more than 300 motion-picture soundtracks and 3,000 television shows, including weekly episodes of Batman, The Munsters, Mission: Impossible, and Route 66.

Steve Fidyk has performed with Terell Stafford, Tim Warfield, Dick Oatts, Doc Severinsen, Wayne Bergeron, Phil Wilson, and Maureen McGovern, and he’s a member of the jazz studies faculty at Temple University in Philadelphia. For more info, including how to sign up for lessons via Skype, visit stevefidyk.com. 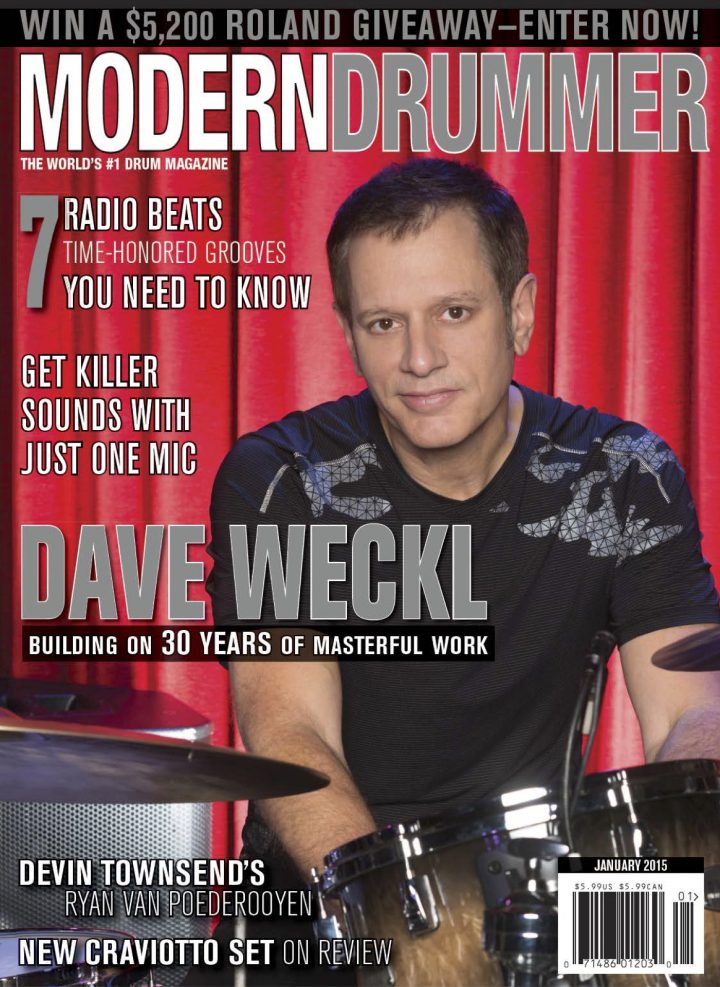 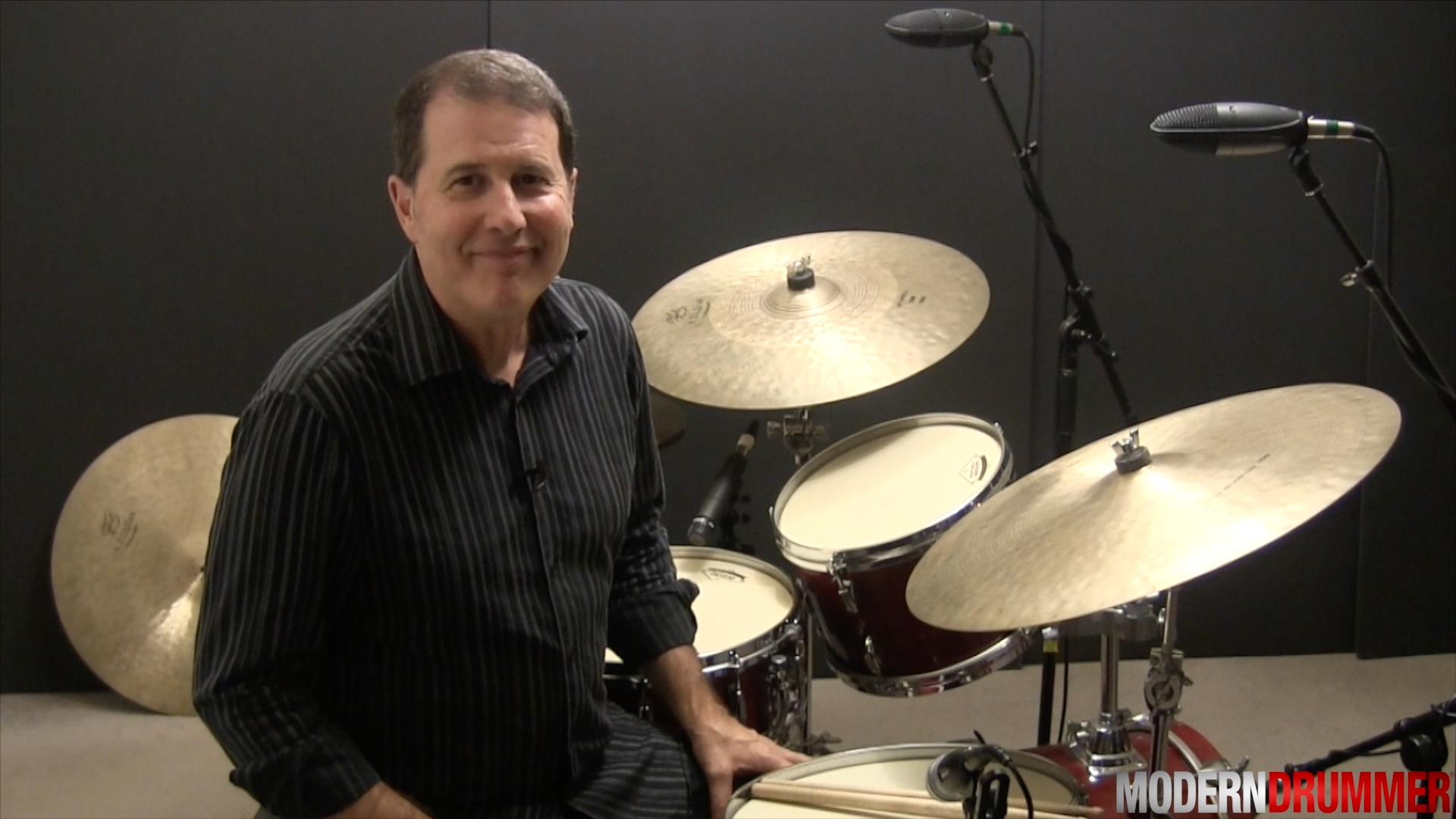