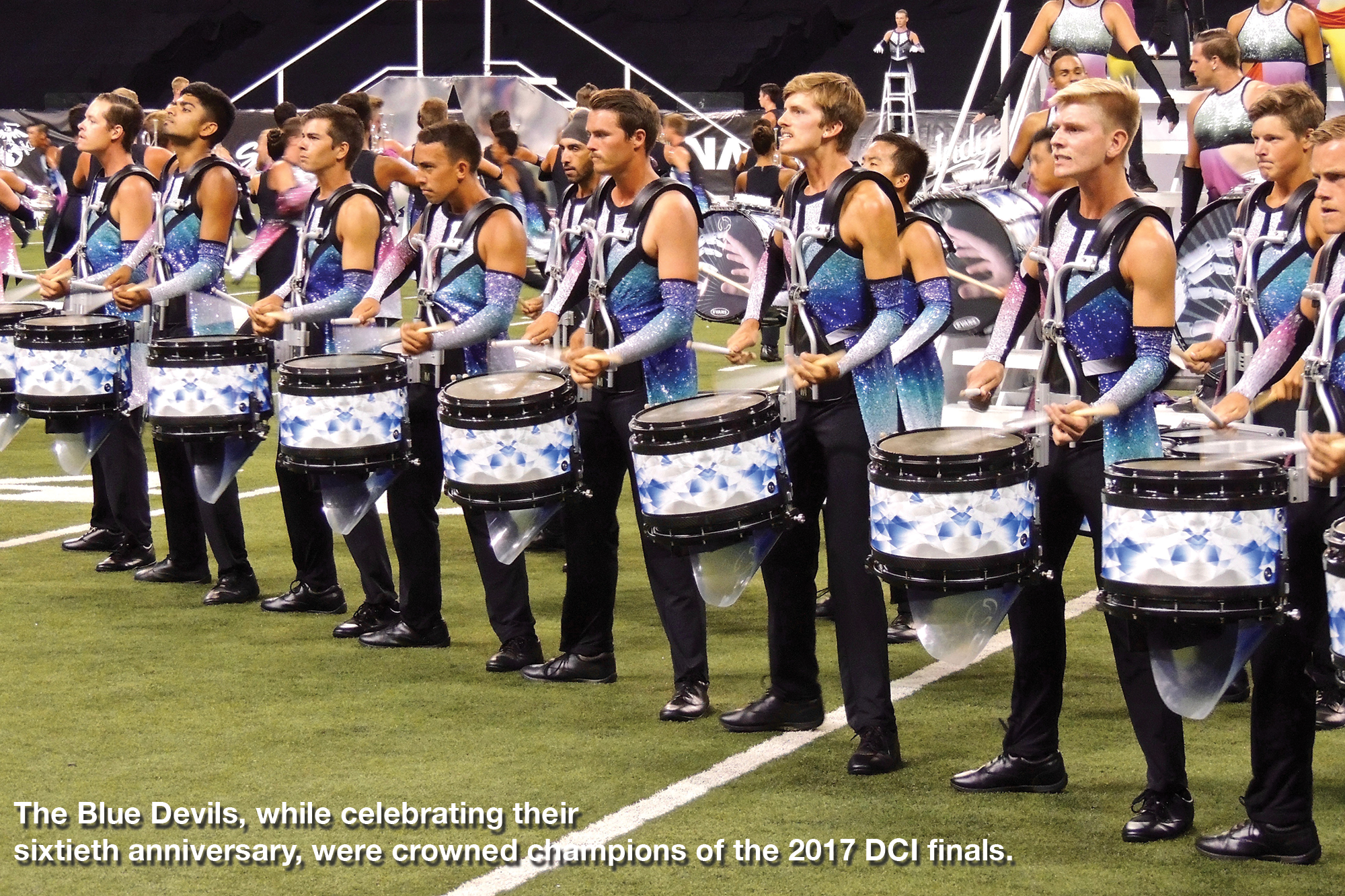 Capping the seventh undefeated season in their sixty-year history, the Blue Devils, based in Concord, California, won a record-breaking eighteenth title this past August 12 at the Drum Corps International World Championships at Lucas Oil Stadium in Indianapolis, Indiana. Coinciding with DCI’s forty-fifth anniversary, the Blue Devils commemorated their long run with a spectacular production of Metamorph.

“Our show represented the past, present, and future of drum corps activity,” Blue Devils director of percussion Scott Johnson said after the performance. Johnson, who’s been a part of the Blue Devils organization for thirty-eight years, has been involved with all eighteen of the corps’ championships, including three that he participated in as a marching member before joining the staff.

The Blue Devils earned a season-high score of 98.5375 in front of a record-breaking crowd of more than 23,000. The Metamorph program featured original music by Blue Devils music director and arranger David Glyde, as well as Peter Graham’s “The Triumph of Time,” Nikolai Rimsky-Korsakov’s “Flight of the Bumblebee,” Benard Ighner’s “Everything Must Change,” and Simon Dobson’s “Crystal.” Drum corps aficionados may have recognized excerpts of Chuck Mangione’s “Legend of the One-Eyed Sailor,” which was performed by the Blue Devils in the mid-’70s, as well as Rihanna’s “Diamonds,” which alluded to the corps’ anniversary.

“We began on the old starting line and marched onto the field with a slower-tempo cadence to represent the past,” Johnson said. “We used sixteen snare drummers that played the groove Steve Gadd used on ‘Legend of the One-Eyed Sailor,’ which was based on the rudimental vocabulary of ‘Crazy Army.’

“The most fun part of the show was depicting the future—where we think this activity is going,” Johnson continued. “The vocabulary that Dave Glyde wrote for the drum line is insane. There were seven-over-threes-over-sixes-over-fives—not your basic triplet diddles or 16th notes. We went way outside the box on purpose.”

The California-based Santa Clara Vanguard finished in second place with a score of 97.60. For the second consecutive year—and the third time in four years—the Vanguard won the Fred Sanford Best Percussion Performance Award. “We came out really prepared in June and played aggressively all season,” SCV percussion caption manager Paul Rennick said. “One of the things that made us strong was our returning members, who had experience working together.”

The Vanguard, which is celebrating its fiftieth anniversary this year, presented Ouroboros, featuring music by David Gillingham, Peter Graham, Zhou Long, Amin Bhatia, and Stephen Melillo. “One of my favorite parts was ‘Song of Eight Unruly Tipsy Poets’ by Chinese-born composer Zhou Long,” Rennick said. “It’s a cool, quirky piece with lots of variety, and it always gets an enormous response from the audience. We incorporated many samples and electronic sounds this year, and also used a Moog Theremini [an electronic instrument controlled by the performer’s hands via antenna].”

Rennick explained to MD that he takes a somewhat unconventional approach when trying out prospective corps members. “Our audition is probably quite a bit different from other groups’,” he said. “I ask players to bring their own exercises and audition pieces. I want to see that player at his or her best. It says a lot when somebody can just stand up and make music.”

In addition to earning his sixth High Drum Award—three with the Vanguard and three with the Phantom Regiment—Rennick was inducted into the DCI Hall of Fame this past August. “To be included on a list like that is humbling to say the least,” he said. “It inspires you to live up to that honor and continue to earn it every year. The Hall of Fame ceremony was definitely a highlight of the week for me.” Rennick also credited his wife and co-arranger, Sandi Rennick, for her support throughout his long drum corps career.

For the second consecutive year, Carolina Crown, from Fort Mill, South Carolina, took the bronze medal; this year the corps performed a program titled It Is. The Cavaliers, from Rosemont, Illinois, took fourth place, bumping last year’s champion, the Bluecoats, from Canton, Ohio, to fifth. And the Madison Scouts, from Madison, Wisconsin, returned to the top twelve with their Last Man Standing program. 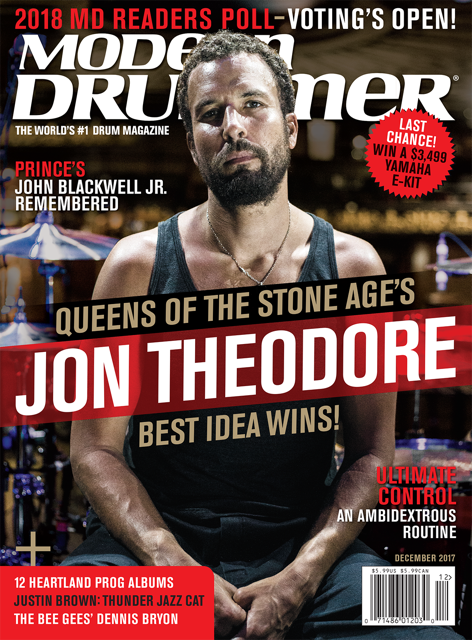 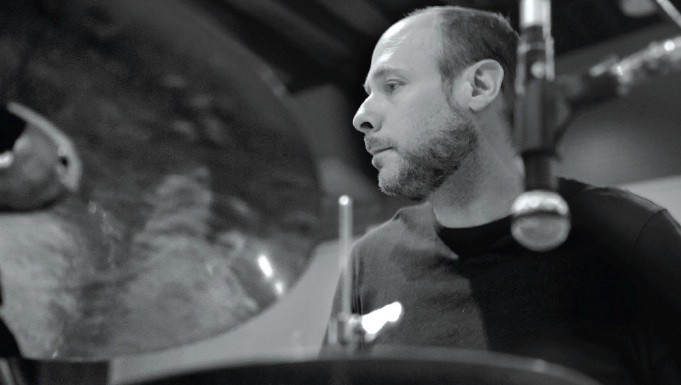 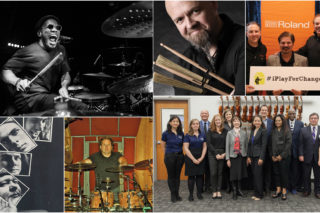