Jamie Oldaker, who for years toured with Eric Clapton and played on some of the legendary guitarist’s most iconic albums, passed away on Thursday, July 16. He was sixty-eight. Remarkably, Clapton is only one of the musical icons the drummer performed and/or recorded with. The list includes Leon Russell, Peter Frampton, the Bee Gees, and Bob Seger. Below is from an interview Oldaker did with Modern Drummer in 2018.

On what defines “the Tulsa sound”

My take was in the late ’60s/early ’70s, when I started to play with [Tulsa legends] J.J. Cale and Leon Russell. As far as a collective “sound,” it comes from listening to all types of music. Instead of copying, we’d play it our own way. It’s a combination of some blues, country, jazz, rock, and even Native American influences, combined into what we thought it should be. Many Tulsa musicians brought back with them different recordings and ideas. Drum-wise I took from everybody, and what came out in the end was me.

On whether there was an intimidation factor playing with Eric Clapton

Well, of course there was! I mean, I was only twenty years old and still living with my parents. Carl Radle [Leon Russell, Derek and the Dominos, Joe Cocker] got me into Eric’s band. Ironically, I was just about to go on the road with Leon and was working in Tulsa with the Gap Band. Carl said to me, “I got a call from a friend of mine, and he wants to do a record.” Apparently, Eric had been woodshedding at home in England with a demo tape that Carl had given him. Eric then called, saying, “I’m going to Miami to do a record with [famed producer] Tom Dowd; bring that kid from Tulsa with you!”

On recording Clapton’s 461 Ocean Boulevard, featuring the FM staple “Motherless Children” and the hit single “I Shot the Sheriff”

When we recorded “Motherless Children,” Tommy Dowd just kind of let us play. At the time the main concentration was on hit singles. My drum part was two or three different drum parts stacked, and it was influenced by Delaney & Bonnie’s [arrangement of Dave Mason’s] “Only You Know and I Know.” On “I Shot the Sheriff,” we took it off Bob Marley’s record, which had never been released in America. Tom liked what he heard and suggested we cut it. Eric didn’t like it, because he felt we didn’t do justice to the original. Two takes and we were done. Not only did it hit number one, but it put reggae on the map in the U.S. and worldwide.

On working with the legendary bassists Carl Radle and Duck Dunn

I’m fortunate to have played with those two guys, and I miss both of them tremendously. It doesn’t get any better than Duck and Carl. They taught me a lot, like less being more. When I first began with Eric I was playing as many licks as I could, but then Eric would turn around and look at me with his glasses down and eyes peering above and say, “Where are you going? Settle down, youngster.”

No. Actually, the record label hated the band. The president of the label resented the fact that we weren’t pure “cowboy hat” and that we recorded in Tulsa as opposed to Nashville. Radio, too, wouldn’t play us because we didn’t fit into a format. However, line-dance clubs were huge at that time, and when the dance-club DJs began playing “Baby Likes to Rock It,” their patrons went crazy for the song and began requesting radio stations to play it. It’s the dance clubs who made the Tractors, and the fact that we won a CMA award didn’t hurt either.

The OKPOP Museum is in the process of being built here in Tulsa. I got involved through a friend who’s in the Oklahoma Historical Society and helped raise building funds via some concerts I put together with Ronnie Dunn [Brooks and Dunn]. MOJO Fest is an outgrowth of my wife’s and my wedding reception, which morphed into an annual block party solely designed to raise money for the homeless.

Chuck was one of my heroes. When I was a kid I was too young to get into the clubs, so I used to stand by the back door and put my ear up there and listen to him play. I wanted to either get next to him or try and meet him. To watch Chuck play was just phenomenal. Wherever I could see him play I would go, and there was always respect, especially after I began working with Leon Russell. That’s one thing about heroes, they don’t die…they can’t die. He was a lovely guy, and the music he made will be here forever.

On his current projects

I’m out playing eight to ten bluegrass fests a year with guitarist/singer Peter Rowan [Bill Monroe, Old and in the Way] and bassist Jack Casady [Jefferson Airplane, Hot Tuna]. And Eric Clapton and I are working on a new recording project of his. I did my drum tracks at Teegarden Studios here in Tulsa. I asked Eric if the parts I recorded were okay, and his response was, “Fantastic as ever!” I’ve been blessed and fortunate to do everything I’ve done. For one guy, that’s a lot of stuff. 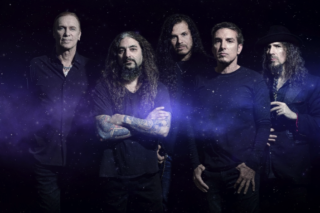 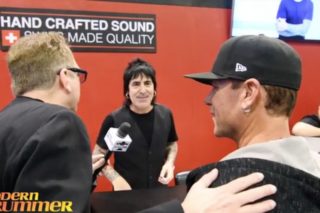