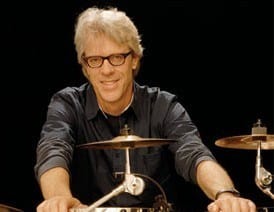 Stewart Copeland is certainly one of the drumming community’s most successful, popular, and respected artists.

But it appears Copeland is not above criticizing his own work publicly.

For example, on a recent episode of Ultimate Classic Rock Nights radio show, he told host Uncle Joe Benson that it’s hard for him to stomach the outro of “Message in a Bottle” — a massive hit for the Police in 1979.

“There are some things I would have done a little different now,” said Copeland. “There are too many drum overdubs. It’s such a great song, and then it comes to the end, and [if I hear the song on the radio] I’ll switch over to another station because I screwed up.”

However, Copeland isn’t taking all of the blame for the over-the-top drumming in the hit’s last few seconds.

“Where was Andy [Summers, Police guitarist] at that moment?” he mused. “Andy was a really good filter, because we all overdid it, but then usually Andy would say, ‘No. Too much. Too much. Less is more.’ And he was usually right. Where was he when I needed him at the end of ‘Message in a Bottle’?” 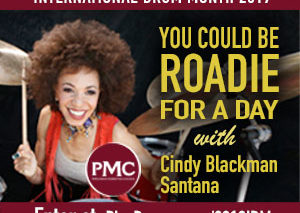 Enter The "Roadie For A Day" Contest with Cindy Blackman Santana