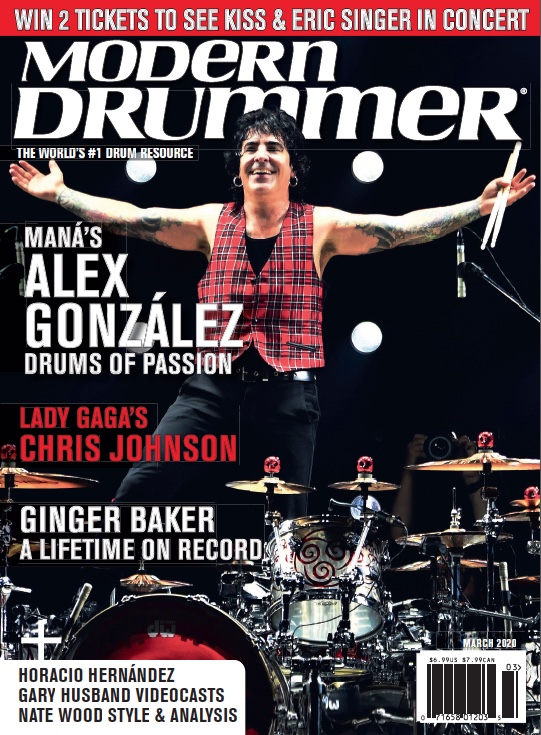 Wednesday, January 15, 2019 – Anaheim, CA — Modern Drummer magazine announced today that Alex González of Maná, fresh off a sold-out 30+ arena U.S. tour, will appear at NAMM, where he will be signing copies of his March 2020 Modern Drummer cover.

Alex will also be signing special-edition Modern Drummer color photos, available exclusively to the first 200 people. The signing will take place at the Paiste Cymbals booth #7032 in Hall C on Saturday at 12 p.m. PST.

“I’m so excited to have Alex signing copies of both his first Modern Drummer cover and a special MD color photo that we printed just for NAMM,” says Modern Drummer publisher David Frangioni. “This is a very special moment for both Alex and the magazine, since his fans will be able to meet him in person while celebrating his cover story.”

“I’m honored to be on the cover of Modern Drummer,” says González. “For me it’s a dream come true. I’ve been a reader since childhood. The magazine showed me all the great drummers in the world and what I wanted to achieve one day.”