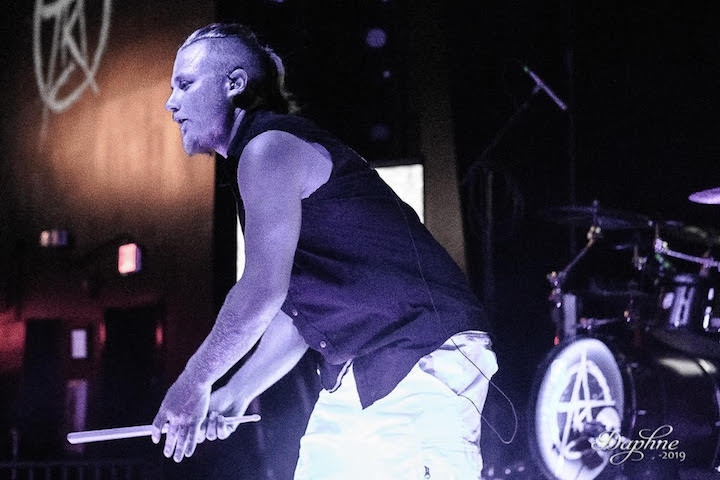 Hey Modern Drummer readers! My name is Morgan Bauer and I’m the drummer in A Killer’s Confession (AKC). We released our single “Numb” on September 20, 2019 and our second album, The Indifference of Good Men, on October 18. We will be touring the rest of 2019 and into 2020.

I started playing drums when I was thirteen years old. I could not afford lessons so my uncle Johnny Cramer took his time every weekend to teach me how to play. He was my mentor and a father figure my entire life. The day after I released my first major record single on September 20 he passed away. He influenced me deeply and I will miss him terribly and I wish he could have seen this MD “On The Beat.” I would like to dedicate this to him—I love you forever Uncle John and thank you.

Before I joined AKC, I was in a metal core/hard-core band out of Philadelphia, Pennsylvania called Hollow Visions. We opened for AKC on February 2, 2017 at Reverb in Reading, Pennsylvania. I met the singer and bandleader of AKC, Waylon Reavis, that night. About eight months later, Waylon’s drummer decided to part ways with the band and Waylon contacted me. I was very excited to join AKC. 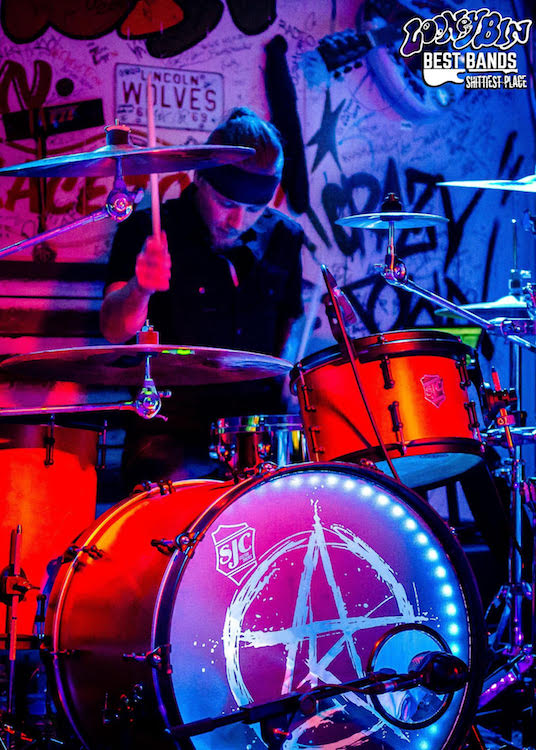 My main influences and inspirations are John Bonham of Led Zeppelin and Joey Jordison formerly of Slipknot. They each have their own unique style—John with his unique group and the way he experimented back in the day was so successful, and Joey because of how fast he plays yet stays so groovy. It was such an ear catcher for me as a kid.

Tracking and recording my drums for The Indifference of Good Men was the first time I was in a major studio. I was both excited and nervous. After I set up my drums and got started, it just became natural for me. I only had to track each song one time but we did two just to be safe. It was one of the best experiences of my life and I was also so impressed with all the technology the studio had. We mixed our music on Michael Jackson’s old mixing board! What was even cooler is that I got to work with Jim E. Wirt who was Incubus’ science engineer. He was so professional and kind and I cannot wait to work with him again.