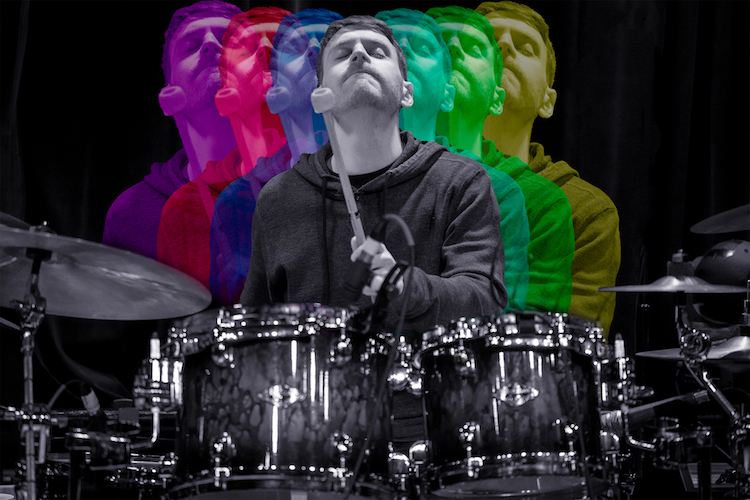 Hello Modern Drummers! As I have been a subscriber of the magazine for twenty years, I can’t begin to tell you what an honor it is to be writing this “On The Beat.” I was given a drumkit for my eighth birthday and since that time I have dreamed of being on the cover of Modern Drummer. Believe it or not, I even had a massive mock cover made up for my friends to sign at my Bar Mitzvah (see photo).

I have been a touring musician for the better part of a decade, with a decent amount of studio experience ranging from rock, funk, fusion, hip-hop, R&B, and electronica. My first real break was in 2013 when I started touring with the Berklee College of Music-based band Dopapod. From that experience I learned a lot about what my instrument could teach me, as well as where it could take me. Not only did I get to play legendary venues such as Red Rocks Amphitheater, Bonnaroo, and even in Central America, but I also learned the importance of improvisation. 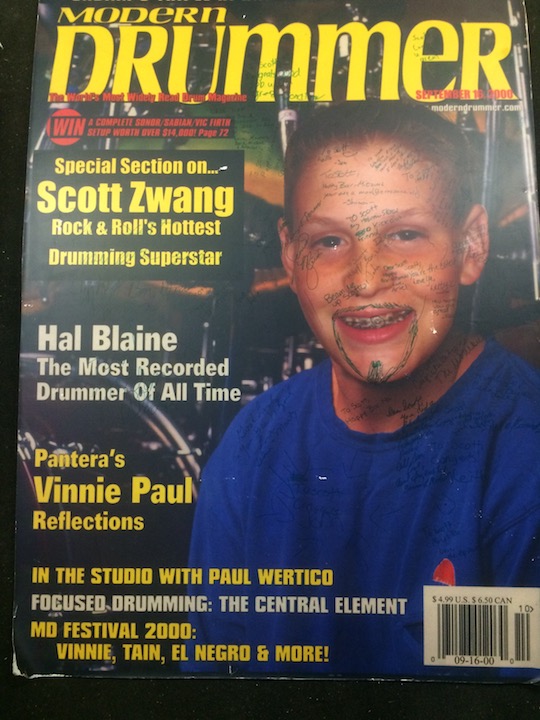 Improvisation has taught me to listen to others and to be patient. Surprisingly enough, it has also helped me work on personal development. When you’re playing with other musicians it can be very easy for people to feel the urge to show off their “chops.” Although there is a time for that, it is most important to work together as a unit and let the group shine, not just you. I’ve been working really hard the last two years to let these lessons present themselves more and more on stage and in my relationships with others. It has been tough at times, but it’s been an amazing journey that will continue for the rest of my life. Personal development is never completely finished, and neither is your path to becoming a better musician.

In the last year and a half, I have dedicated most of my time to my new project Ghost Light while still playing occasional shows with RAQ, Conspirator, and various other side projects. Ghost Light first got together in December 2017 and our debut album Best Kept Secrets came out spring 2019. This was actually the first time we played together as a band. Every month until March 2018, we would meet up for about a week to record and develop our sound and arrange the record. This was a completely different experience then any of us had done in the past. Usually you go into the studio with material that has already been rehearsed, if not played live. The plan was to record the album as its own thing and create something new from it, night after night. The journey has been amazing so far, and we can’t wait to see what’s to come for Ghost Light.

As for gear, my endorsements include Tama drums and hardware, Dream cymbals, Evans drumheads, Promark sticks, and Humes & Berg cases. On tour I use a Tama Starclassic Birch/Bubinga kit, as well as Dream Contact, Bliss, Vintage Bliss, Energy, and Pang cymbals, and Promark Simon Phillips Signature 707 sticks. Thanks so much for reading! Catch you on the road!