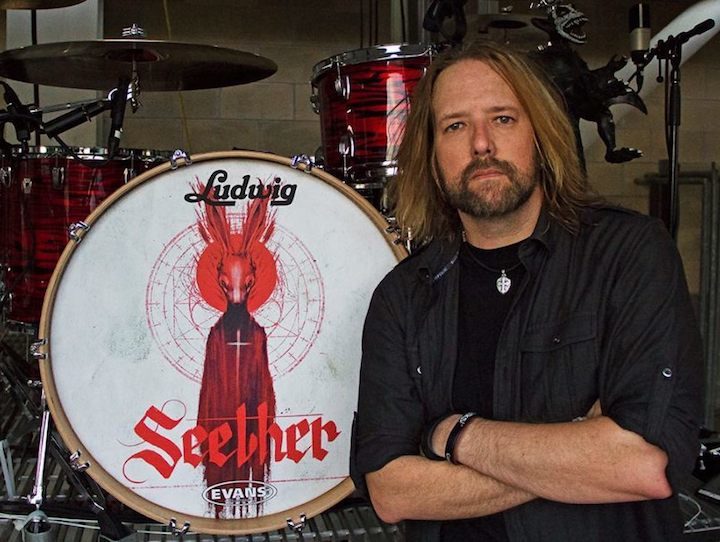 On Bands, Tours, and New Singles

Hi, I’m John Humphrey and it’s an honor to tell you a little about myself for this “On The Beat.”

I’m from Oklahoma and began drumming at age thirteen. My first drumkit was a beautiful (and slightly used) silver sparkle Ludwig and I formed my first band soon after receiving it. The first time I actually played with a couple of musician friends, I was seduced for life.

In 1992, I joined a band based out of Oklahoma called the Nixons. The band worked hard building a regional following and sold 15K copies of an indie-release, getting the attention of MCA Records. The band’s first major label album, FOMA, featured a Top 40 hit called “Sister.” The band released two more albums, toured non-stop (something like three hundred shows a year…yes, really!), sometimes opening for bands like Soul Asylum, Radiohead, and Kiss. The Nixons disbanded in 2001—I know, sad, but more about this later. 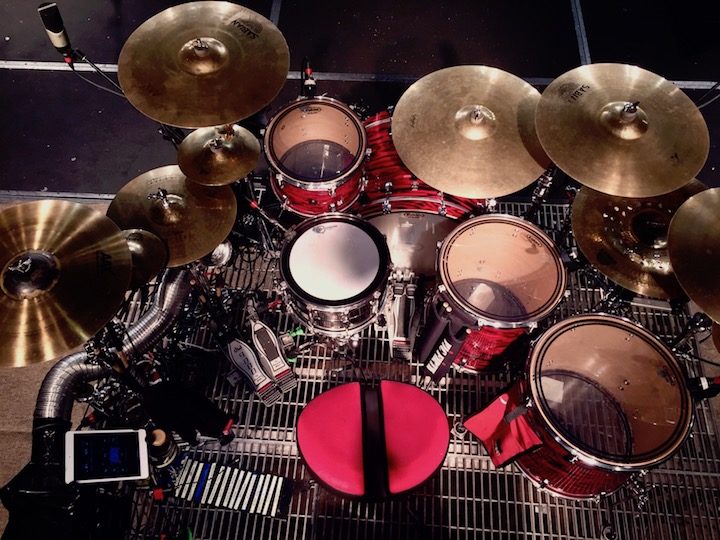 In October 2003, a good friend of mine and former sound engineer for the Nixons suggested I audition for the band Seether. (See? You never know who might help you out.) Anyway, I was the last drummer of five to audition. I was told to learn four songs but instead I learned every song off their debut release. At the audition, after running through a few songs, they offered me the position right there on the spot. My first show was in a small club in Riverside, CA. My second was in front of 22,000 people in Mexico City opening for Evanescence. (Talk about stressed!)

I’ve been touring and recording with Seether for more than sixteen years now. The band has amassed twenty Top Five singles, three platinum records, and numerous gold albums. We have relentlessly toured, averaging more than one hundred twenty performances a year. Crisscrossing the globe, we have headlined and shared the stage with some of the world’s biggest bands including Metallica, Audioslave, and Black Sabbath. We are just about to head into the studio to begin work on Seether’s next album.

In 2017, the Nixons (remember them?) reunited and played a series of sold-out shows. The success of the shows, and a renewed interest in the band, led to working on new music. The Nixons, via AIW Records, just released a couple of singles digitally: “Crutch” and “Favorite Lies.” The Nixons also just announced a co-headlining tour with the band Sponge.

As a working musician and drummer, I feel blessed to perform and record with these two amazing bands.

Ludwig drums, Sabian cymbals, Evans drumheads, Vic Firth sticks, and my secret weapon, the Carmichael drum throne, endorse me. The Carmichael throne is my go-to gear and has been a lifesaver for me. As a drummer, I suffer with some painful back issues and this amazing throne, and its unique design, allows me to play with the intensity and physicality that both my bands’ music requires.

Thank you for taking time out of your day to read a few lines talking about my musical journey. I wish you nothing but great fortune in your own musical pursuits.

Listen to the latest single “Favorite Lies” by the Nixons:

For more on Seether, visit www.seether.com.

For more with the Nixons, visit https://thenixonsofficial.com.