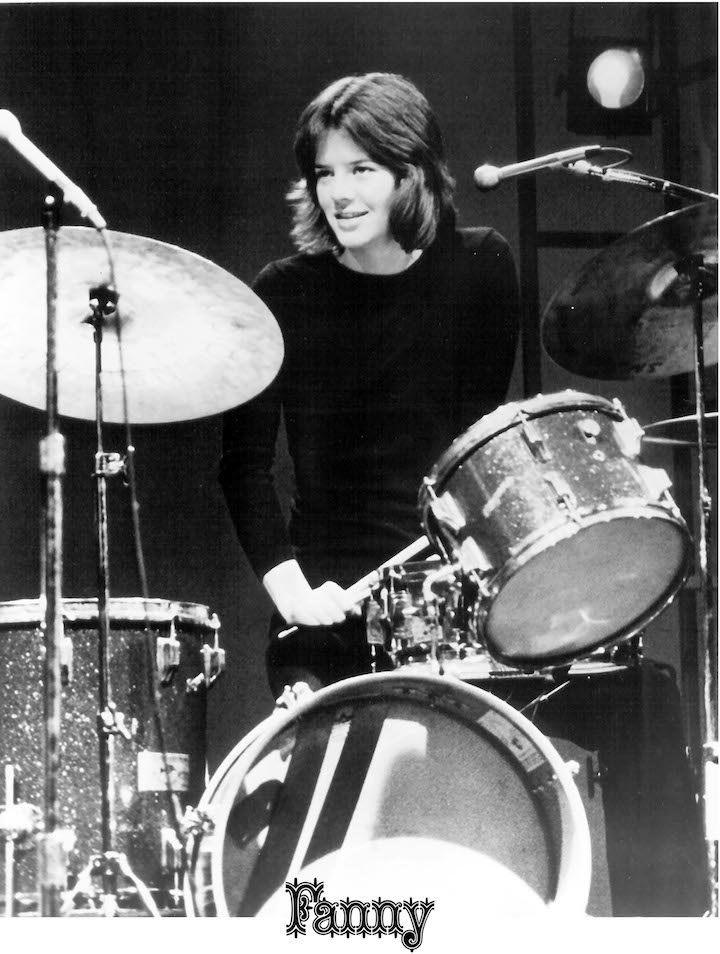 In December of 1970, the world of rock ’n’ roll was introduced to Fanny when their debut album was released on Reprise Records. Fanny was the first all-woman rock band signed to a major label.

Hello MD readers! How many of us remember 2B drumsticks? Maybe “they” thought six-year-old hands could handle larger sticks better, but I remember struggling with them back in my small Midwestern elementary school band. But, I stuck with it all the way through high school, leaving home with my clothes packed inside my drums the summer I graduated.

In Sacramento, California, I found June and Jean Millington, along with Addie Clement in an all-girl band named the Svelts. That band would become Wild Honey, which was eventually signed to a recording contract with Warner/Reprise Records in 1969. Wild Honey’s name soon became Fanny. When Addie left and was replaced with Nickey Barclay, we recorded four albums with this mix of personnel (and personalities) until 1973. Richard Perry produced our first three albums, Fanny, Charity Ball, and Fanny Hill (Geoff Emerick engineered this album at Apple Studios in London). Todd Rundgren jumped in for our fourth and final album, Mother’s Pride.

I have owned two Camco kits, and I still have my second kit of natural wood. This set can be heard on all the Fanny albums, and will always be my go-to kit. My toms are 12″ and 14″, and my floors are 16″ and 18″, all tuned low. The hi-hat cymbals are 14″ with a large Zildjan ride and two crash cymbals on either side. All in all, it seems a small kit to the standards of this century, but I have upgraded my bass pedal to a DW and am happy with that. I’ve also graduated down from those 2B sticks to 5A Regal Tip (or as close as you can find).

My joy in playing was creating the drum part for each original song. There’s nothing like fitting the right beat and riffs to the right song! Jamming on a blues riff for hours didn’t do it for me. When I listen back to Fanny’s music, I’m struck by how well our music translates in my ear today, and I’m glad I’ve worked so hard over the last twenty years to get our albums issued on CD. Please see the Indiegogo campaign below. Thanks for your support.

For more info on the Indiegogo campaign, visit www.indiegogo.com/projects/help-save-fanny-s-music/.