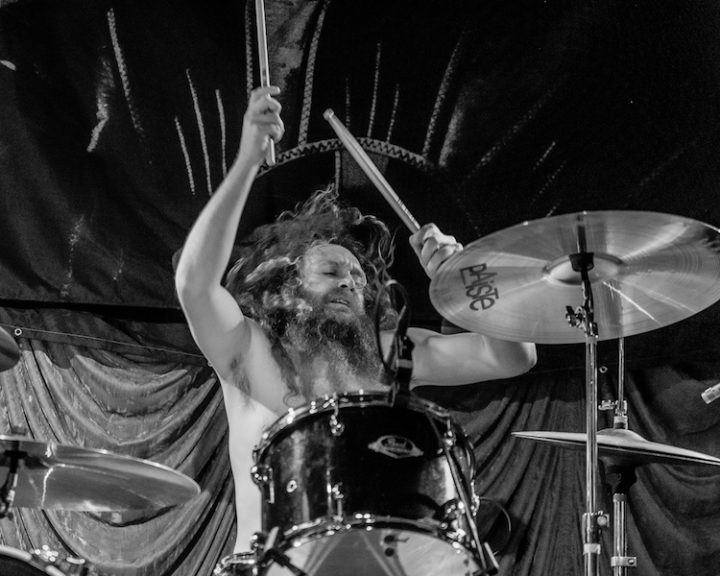 Talking About The New Album, Character, and “Little Mistakes”

Hello MD! Modern metal and hard rock drum production has slowly ruined music over the course of the last two decades. When everything’s put to a click, quantized, and sound replaced, you take away what makes rock and roll and heavy metal so absolutely wonderful in the first place: the human element.

From Led Zeppelin Houses of the Holy to Death Symbolic, the best records are the ones that sound like a handful of human beings who are excited about what they’re playing, together in a room giving it their collective all. This lack of human emotion is exactly why rock and roll and heavy metal are nothing more than ghosts on mainstream television and radio in 2019, and from the sounds of things will remain that way for the foreseeable future.

Our new Inter Arma record, Sulphur English, contains no quantization or sound replacement. One track, “Howling Lands,” was recorded to a click because there are about eight billion drum overdubs and luckily for you the reader, I don’t have an army of maniacs to play all the parts live. The rest of it was done with no click and most of the tracks were done in one take. I’m not bragging because, well, I’m not bragging. If you listen closely, there are little mistakes all over the place. To me, the little mistakes are what breathes life into a record, gives it character, and keeps you coming back to it. Sulphur English has plenty of mistakes (most of them by me), tons of character, and hopefully after a listen you’ll want to come back to it.

Thanks for reading! See you on tour this fall.