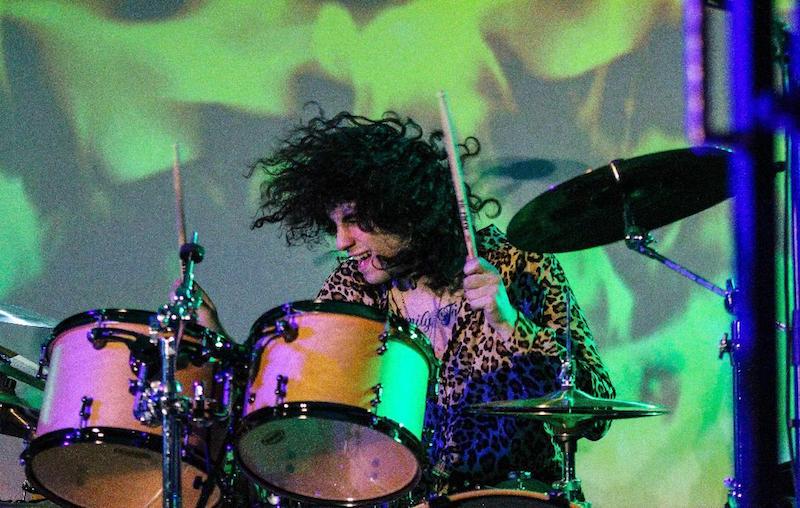 Hello MD, I am Pete Biggiani, drummer for the band Kodiak from New Jersey. I want to thank Billy Amendola and Modern Drummer for allowing me this opportunity.

I began drumming at two years of age. My dad was a drummer and I always enjoyed watching him play. He noticed and bought me a smaller sized drumset and began teaching me. I remember loving to learn and play.

One day, I picked up The Realistic Rock For Kids book by Carmine Appice and I began learning to read music. As my drumming progressed, I began studying with Joe Bergamini. Joe is a fantastic drummer, a great teacher, and a dear friend. Throughout the years my lessons with Joe made me a well-rounded drummer, and taught me a higher level of reading and playing.

When I was eleven, Modern Drummer and Carmine Appice ran a contest. We saw an ad that Carmine was searching for the next child drum prodigy to star in his upcoming Realistic Rock for Kids DVD. We submitted a video of my playing and I won! Then the day finally came to head to New York to meet Carmine and film the video. Carmine was such a nice person and working on the video was a great experience I’ll never forget.

Throughout the years we remained good friends and my family and I would go to Carmine’s gigs. His shows are always great! As young, aspiring musicians, my brother and I watched and learned. My brother Chris, who is a great guitarist, and I formed bands and played live. When we had new music, Carmine would listen and mentor us along the way.

Today, Carmine and Warren Wyatt manage our band Kodiak. (Carmine says we sound like a young Van Halen.) We are signed to WorldSound/AWal Records and just released our first single, “Goodbye,” which was produced by Carmine. We played our first gig in Anaheim, California at the Hall of Heavy Metal Music Awards show. Since then we’re played more shows, including The Cutting Room in NYC, the Jersey Shore Music Festival, and the Trilogy Lounge in Connecticut. We’re excited for the future and feel it’s only just begun for us!

Thank you for reading!

Check out the band’s EPK