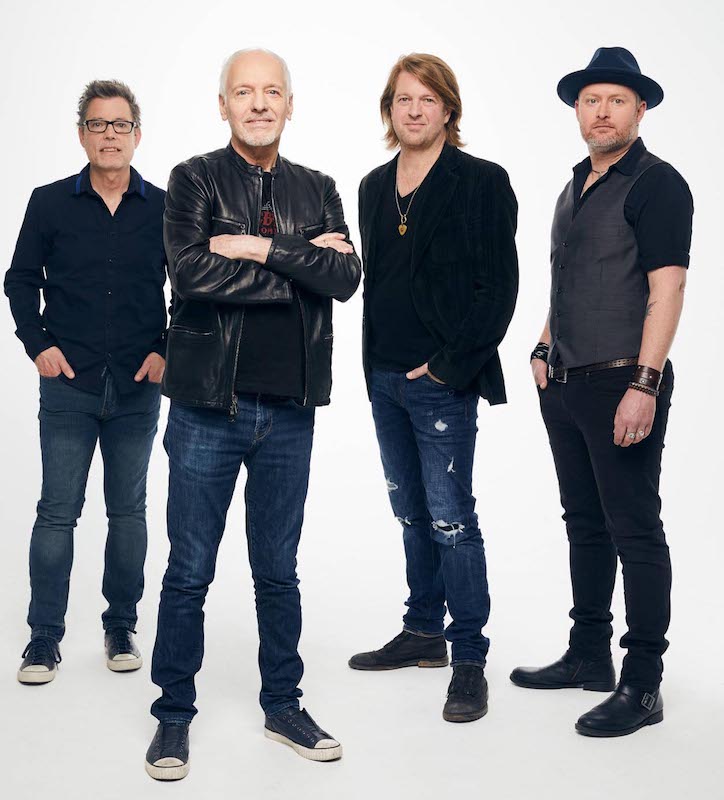 Peter Frampton Band’s latest album All Blues is a collection of Frampton’s favorite blues classics and was recorded with his longtime touring band, made up of Adam Lester (guitar/vocals), Rob Arthur (keyboards/guitar/vocals) and Dan Wojciechowski (drums). The album was recorded at Frampton’s studio in Nashville and was co-produced by Frampton and Chuck Ainlay.

Of the album, Frampton explains, “I have always loved to play the blues. When we formed Humble Pie, the first material we played together was just that. For the last two summers I had been playing a handful of blues numbers every night on stage with Steve Miller Band. I enjoyed this immensely and it gave me the idea of doing an “all blues” album live in the studio with my band. With this recording, we pay tribute to all the original artists who invented this incredible music. I hope you can hear and feel our enjoyment. I’m not sure if you can say we had fun playing the blues. But we definitely did.”

Hello MD friends! Dan here and firstly, thanks to Modern Drummer—I have been a reader and big fan for a long time!

I am so very thankful to have experienced inspired and emotional travels on tour for the past twelve years with Peter Frampton Band. We are about to embark on what will be his farewell tour. Peter has been diagnosed with IBM and would like to finish extensive touring while still playing at his best—and let me just say—he is!

I’m so humbled and honored to sit where two of my favorite drummers, John Siomos and Jerry Shirley, once sat. I try and channel them whenever I can, as their energy and unique approach really took these songs to another place. I am quite sure they were as inspired as I have been by Peter’s ridiculously deep groove and unequaled command of the instrument.

The communication, connection, and dynamic energy on stage and in the studio, with Peter and this band, have been a speechlessly special experience. Night after night on the tour, and track after track in the studio, no performance is like the next, it’s always “inspired-action-reaction.” It’s as real and emotional as it gets. 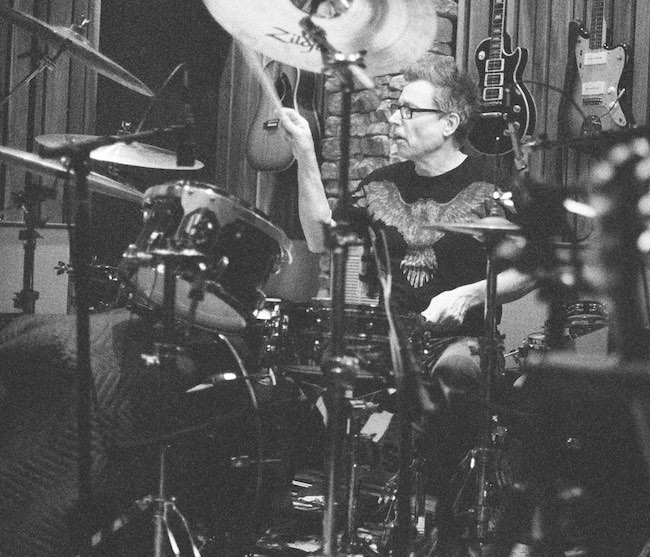 Speaking of the studio, I was very excited to get into Peter’s studio and do some recording on John Siomos’ ’70s Ludwig kit featured on Frampton Comes Alive and others. I just saw it again on a re-visit of Peter and the band on the classic music TV show Midnight Special. We started recording the first of two blues records last fall after the tour, and then continued with some instrumentals and originals.

The latest album, Peter Frampton Band All Blues, was released on June 7, 2019 and is a tribute to these songs in Peter’s own words. I’m happy and I think the record is incredible. The sounds and co-production from Chuck Ainlay are beyond anything I could have imagined.

We will be taking John’s kit out on this farewell tour for a full circle tribute. We also just located his original Zildjian ride cymbal to complete the kit! I can’t wait to play it on “Lines On My Face!”

I’d like to say thank you to DW, Zildjian, Vic Firth, and Etymotic Research for well over thirty years. A dream family of sounds and people for me!

I, again, tout the praises of this stellar band and crew of great friends I get to share the stage with, and I hope you can come out and experience this very special tour, as Peter genuinely proves legendary! Thank you for reading!

For more on Dan, visit http://www.frampton.com/danski/.