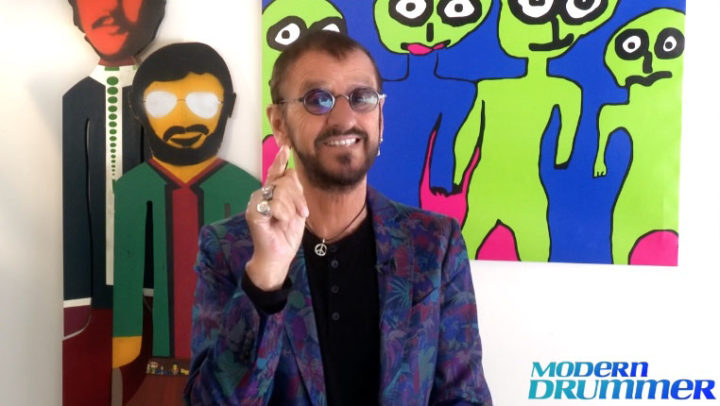 Modern Drummer recently announced enhanced offerings to its family of subscribers including eligibility in unique one-off VIP experiences with drum legends and superstars such as Ringo Starr, Jon Bon Jovi & the Kings of Suburbia, and Maná.

July 7, 2019 – Join Ringo Starr for some “Peace & Love” on his Birthday in Los Angeles! Every year this legend invites the world to join him in creating more Peace & Love, and the call to action is simple: wherever you are at noon your local time, say, think, or post #PeaceandLove. But one lucky Modern Drummer winner and their guest will join Ringo and his family and friends when they celebrate at Capitol Records Studio in L.A. as VIP guests.

August 23, 2019 – Part One of the Sixthman/Modern Drummer Cruise Series: Runaway to Paradise with Jon Bon Jovi. Be a professional drum tech for a day with Kings of Suburbia’s drummer, Rich Scannella, in Barcelona, Spain! You and a guest will depart from Barcelona where Jon Bon Jovi & the Kings of Suburbia will be setting sail. Once on-board for the four-day cruise, you will get to be Rich’s drum tech in preparation for one of the JBJ performances, take a private drum lesson with Rich, and enjoy the show as a VIP.  The lucky winners will get a photo with Jon Bon Jovi and an exclusive Modern Drummer “High Seas Drummers Gig Bag” packed with signed drumheads, sticks, and other drummer essentials. Package includes cruise accommodations for two.

November 22, 2019 – Ready to be a Rockstar drummer for a day? Here’s your chance to hang out with Alex González of Maná at soundcheck and have a Meet & Greet with Alex and Maná before they play a sold-out show at The Forum in Los Angeles on November 22. Get picked up and driven to the gig to watch Maná soundcheck, where you will also play on Alex’s kit, then stick around backstage and see the show as a VIP guest of Alex and Modern Drummer. Additionally, the winner will receive the Modern Drummer Gift Bag, which includes signed items by Alex from DW Drums, Paiste Cymbals, LP Latin Percussion, Remo drumheads, and Vic Firth drumsticks! A night that you and a guest will remember forever.

These drawings are available exclusively to all Modern Drummer family members and are different from anything ever offered by a drum magazine. Publisher David Frangioni said, “We are excited to bring unique, once-in-a-lifetime experiences to our loyal Modern Drummer readership, our family of drummers. As the preeminent ambassador of all things drums and drumming, we feel a great responsibility to bring to our family of readers, not only the best editorial, news, gear, reviews, and education but also the best experiences that a drummer can imagine.”

To become a member of the Modern Drummer family, visit: www.moderndrummer.com/subscribe.