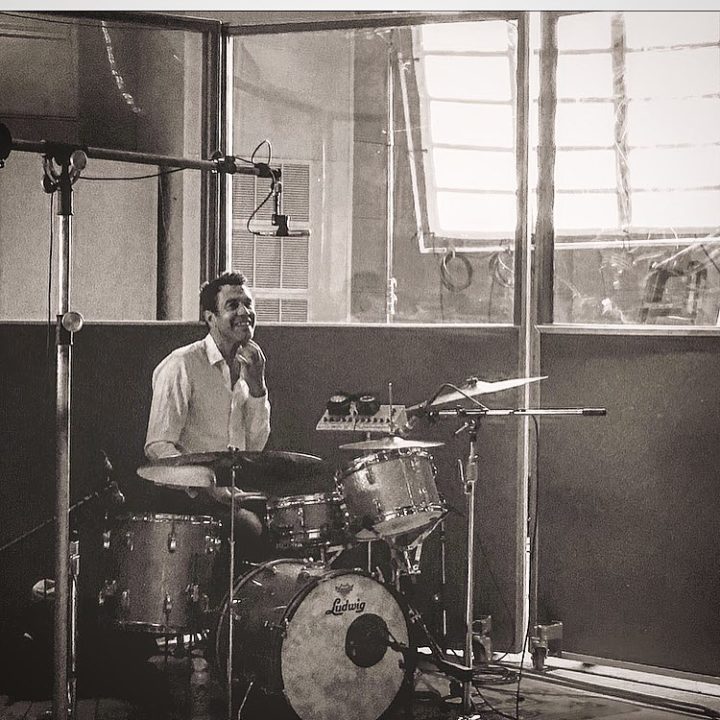 Talks About New Movie and Album

Hello everyone! Thanks to MD (and Steve Jackson of Pultec for the intro to Billy Amendola) for this “On The Beat.” I’ve been a session/touring drummer in Los Angeles for many years. I’ve been fortunate to work with a variety of artists and legends in the studio and stage, averaging about eighty recording sessions and 150 shows a year all over the world.

Currently, I am the drummer on the movie and album Echo In The Canyon. It’s a documentary/concert film about the sixties Laurel Canyon music scene, featuring the music of such artists as the Byrds, Buffalo Springfield, the Mamas and the Papas, and Brian Wilson. Filmmaker/producer Andrew Slater assembled a sort of modern day “wrecking crew” group of LA musicians to back up leader Jakob Dylan and others in bringing this music to life in the studio and on stage.

Getting to record in the studio and perform live on drums with artists such as these, while recreating a very special era of music and its sounds, was a dream come true. The movie is being released in theaters on May 24, the same day as the album (on BMG). I will be drumming with Jakob and The Echo In The Canyon band all summer on stage and TV promoting this very special project.

I also work with many other artists, including up-and-coming Americana singer/songwriter Sam Morrow. We are working on his new record and touring all year, playing his special brand of outlaw country.

I am a Paiste cymbals, Pork Pie drums, and Aquarian heads endorsed artist. Thank you to all my companies.

Thanks for checking out my “OTB” and I hope to see you out there!

Watch The Echo In The Canyon movie trailer here: