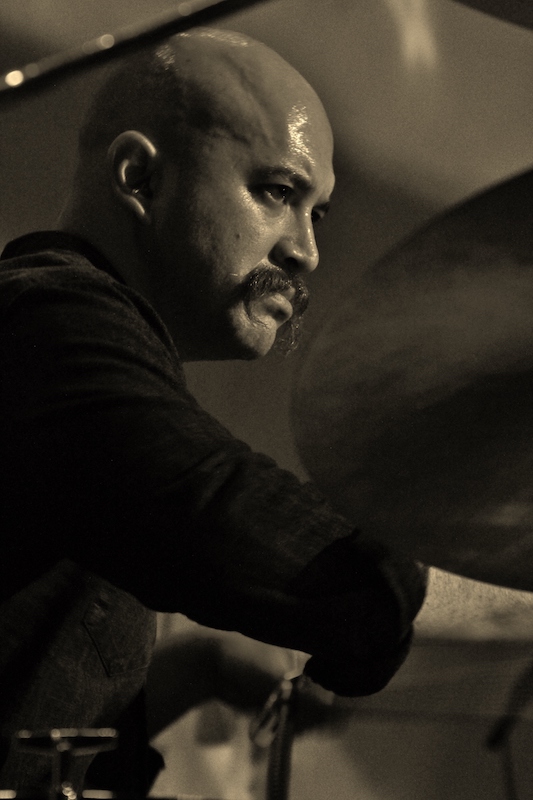 Hello Modern Drummers! John Lum here from the Allman Betts Band. You might recognize those names, but more on that later.

I was born and raised in Saint Louis, Missouri where I had some great musical influences and drumming mentors. As a young player I can remember watching world-class Saint Louis drummers such as Emmanuel Harrold, Mark Colenburg, Kevin Gianino, and Marcus Baylor. My background is heavily steeped in jazz and rudimental drumming, but I grew up listening and jamming to lots of heavy metal and classic rock and roll. I was listening to people like Max Roach, Tony Williams, Philly Joe Jones, and also studying the drumming of Steve Gadd, Jeff Porcaro, and Bernard Purdie.

In 2018, I went on a joint world tour with the Devon Allman Project and Duane Betts. Devon and Duane are the sons of Gregg Allman and Dickey Betts, the founding members of the Allman Brothers Band. It is a huge honor to get to make music with these guys and I have learned a ton from them. We got to play some amazing music at historic venues like the Fillmore, the Beacon Theatre, and Red Rocks. We also toured Europe, Canada, and the Caribbean. This was a unique and rewarding experience for me because I got to let loose and play really loud as well as jam and improvise alongside percussionist and multi-instrumentalist R. Scott Bryan. We developed a way of creating a “double drumset” sound and blend our grooves as a nod to the style of the Allman Brothers drummers Jaimoe and Butch Trucks. While on the road, Devon and Duane were writing and rehearsing new material for what would become their new project, the Allman Betts Band.

Devon and Duane chose R. Scott Bryan and myself as drummers for the new band and before we knew it we were recording at the iconic Muscle Shoals Sound. It was another huge honor to be a part of that process. We had the most fun, relaxed recording session I have ever done, and we made some of the best music I’ve ever heard.

I’m currently on tour with the band and we will tour for fourteen months in twenty-one countries. You can see us at festivals like LOCKN, Peach Fest, Mountain Jam, Summerfest, and many more. The new record Down to the River will be released this summer. Definitely check that out!

I’m pretty pleased with my go-to gear for this tour. I’ve been playing Pearl drums since I was about twelve years old, so I’m using a Pearl Reference Pure shell pack with a Black Cherry finish. I’m getting a killer sound with the blend of birch and mahogany. (Shout out to Fred Pierce Studio Drum Shop in Saint Louis where I’ve been buying Pearl drums my whole life!) I’m a big fan of brass and steel snares for this type of music. I also use Zildjian A and K series and Remo vintage Emperors for that 1970s sound. I’m proud to endorse SledgePad custom dampening system, which gives my kick some extra thud.

Thanks for reading Modern Drummer and checking out my “On The Beat.” See you on the road!