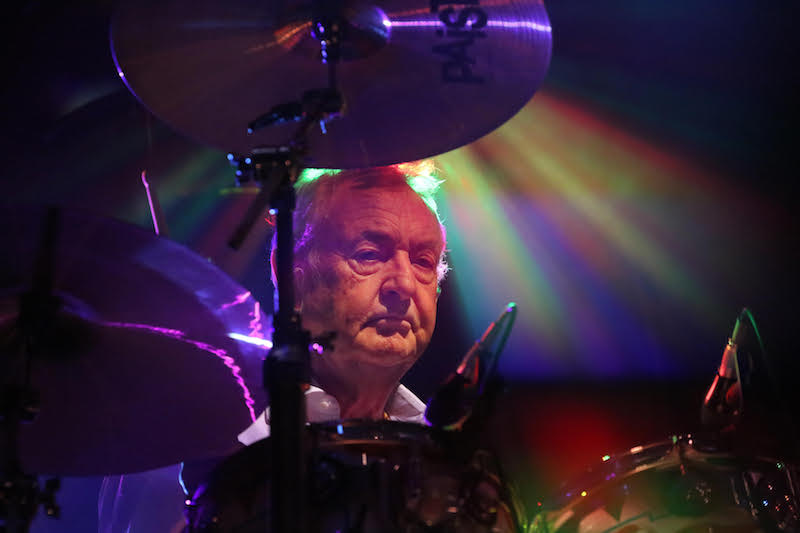 Story and photo by Ronn Dunnett

I had no idea what to expect from Nick Mason’s Saucerful of Secrets show, and that made it all the better. Certain prejudices regarding the show could arise when making the association with Pink Floyd, of which Mason is a founding member, but I suspected that the drummer had something completely different in mind, which is exactly what he delivered. Saucerful of Secrets could be described as a beautifully woven musical tapestry crafted from strands of Pink Floyd’s DNA, but it is also so much more.

Mason, who is seventy-four years old, hasn’t graced a live stage since Live8 in 2005. For his Saucerful of Secrets tour, Mason assembled a cohesive entourage of exceptional musicians—Gary Kemp (guitars/vocals), Lee Harris (guitar/backing vocals), Dom Beken (keys), and Guy Pratt (bass/vocals), all of whom complemented the essence of the original music while still lending their own unique styles.

It took a few songs after the opening song, “Interstellar Overdrive,” before the front-of-house sound brought into focus the intensity of the strange and yet familiar sounds that entranced the Pink Floyd fans in attendance. “Astronomy Domine,” “Lucifer Sam,” “Remember a Day,” and “Set the Controls for the Heart of the Sun” were just some of the titles that made up the two-hour show.

It was a delight to watch Mason as he finessed his way around the drumkit and it was a treat on the occasions when he took the mic to deliver some thoughts to the audience with his trademark dry British humor. I was particularly taken by his warm and respectful regard for original Pink Floyd frontman Syd Barrett. “If there was no Syd, there would be no Pink Floyd,” he said.

From my perspective as a drummer, Mason was simply mesmerizing. Although he professed he might not remember every fill or cue, he was relaxed, comfortable, and obviously enjoying the music and his fellow musicians. It was amazing to watch Mason perform classic Floyd tracks with smooth, calibrated timing and gorgeous sonic textures. This show is something I would encourage every drummer to see.