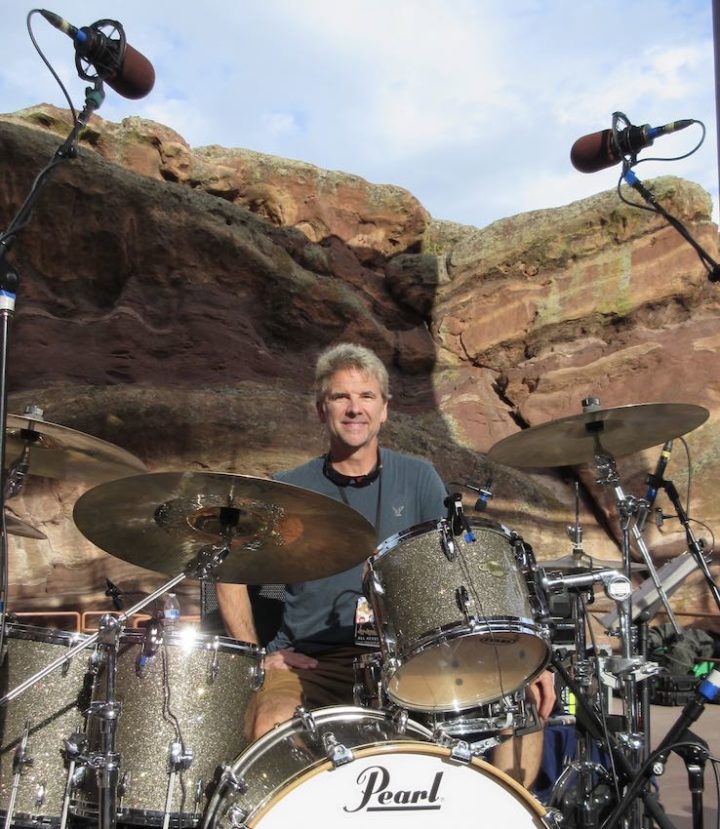 Hello MD! I’m a great example of “be careful what you wish for.” After spending the last seven years drumming for the iconic country band Alabama and playing more than three hundred and fifty shows, each loaded with almost all of their forty-three number one hits, it was time to leave and focus on my own band Sixwire.

Sixwire was founded almost twenty years ago and we just spent the last six years being featured on the music dramatic TV series Nashville, which aired on ABC and then later on CMT. We filmed our scenes on weekdays, between our weekend tour dates.

Sixwire has a long history of working on many TV shows as the house band, starting almost fifteen years ago. That role means backing many different artists, in many different styles (think The Voice or Tonight Show). The various TV gigs over the years morphed into us taking that concept on the road for live shows. We’re the backing band for a typical show and we feature three or four guest star front people, each singing their own selection of hits. Sometimes it’s a rock show, a country show, or sometimes a mixture of both. Either way, the entire show is full of huge hit songs that every audience member knows.

Oddly enough, the genesis of this idea was eight years ago at our very first Patrick Warburton Celebrity Golf and Music Event held every March in Palm Desert, CA. It benefits St. Jude Children’s Research Hospital, and has raised more than $10 million dollars the past nine years. Sixwire is the house band for the concert, which features around fourteen artists, more than forty songs, and lasts four-plus hours, with each artist performing three or four or their biggest hits. The past few years we’ve backed up Alice Cooper, Alex Lifeson (Rush), Huey Lewis, Michael McDonald, Richard Marx, Skunk Baxter, Richard Page (Mr. Mister), Stephen Stills, Michael Bolton, Jason Scheff (formerly of Chicago), Don Felder (formerly of the Eagles), Toby Keith, Steve Augeri (formerly of Journey), Mickey Thomas (Starship), Tom Johnston (Doobie Bros.), Mike Mills (R.E.M.), Robbie Krieger (the Doors), and many others. My dear friend, drumming icon Danny Seraphine has performed several years, and getting to double drum with him on a few Chicago songs was a career highlight for me.

After getting to know and play with Alice Cooper a few times, he invited us to Phoenix to be the house band for his annual charity Christmas show called “Christmas Pudding.” My friend, the fabulous Glen Sobel, plays with Alice and also the Hollywood Vampires at this show and Sixwire and myself back up all the other guest artists. The past two years Sixwire has also backed up Edgar Winter, Ace Frehley, Blue Oyster Cult, Gretchen Wilson, and Sebastian Bach. We’ve already signed on for his upcoming December show.

The past several years we have been the featured band for the pre- and post-show concerts for the ACM Awards, the NHL Stanley Cup Playoffs and Finals, Superbowl LI (51) pre-game concert, the NHL All Star game, Charlie Daniel’s Volunteer Jam, and many other special events. Some of our guest stars have been Vince Gill, Tommy Shaw (Styx), Chris Isaak, Steve Cropper, Alice Cooper, Carrie Underwood, Felix Cavaliere, Charlie Daniels, John Hiatt, Martina McBride, Big and Rich, and Wynonna. 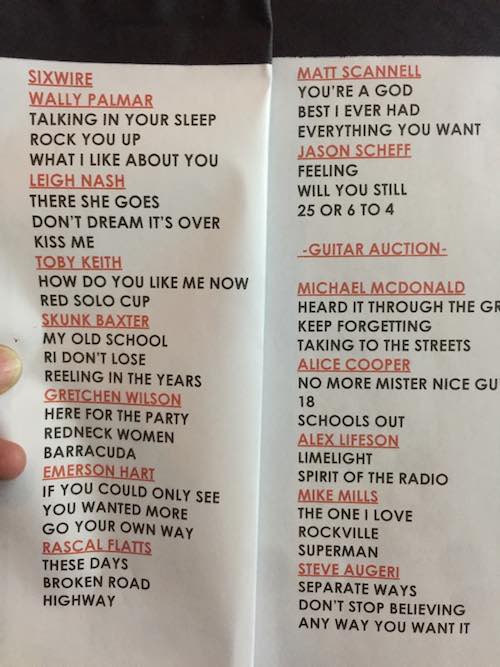 We know this concept has been around for many years, but to meet demand and expand our reach, we are now booked by the William Morris Agency and are taking this concept on the road performing at amphitheatres, casinos, and performing art centers. This is in addition to the numerous private corporate events that we’ve already been doing for fifteen years. A typical rock show might be Steve Augeri formerly of Journey, John Elefante formerly of Kansas, Mike Mills of R.E.M., and Skunk Baxter of Steely Dan and Doobie Brother’s fame. Or it could be the front men from Sister Hazel, the Gin Blossoms, and Sugar Ray. A country show might include Gretchen Wilson, Tracy Lawrence and Randy Houser. William Morris has a huge roster of talent to pick from, so we can mix and match artists and put together a package of whatever the promoter or talent buyer wants in either genre.

Schedule permitting, I will sub at my previous gig with Richard Marx, whom I’ve played and recorded with off and on over the past twelve years. I also fill in for Don Felder, Felix Cavaliere’s Rascals, and a few other artists. The irony of the whole situation with Sixwire is that we are busier now as a “working band” than when we were signed to Warner Brothers records and had songs on the radio and videos on TV back in the early 2000s. I have also recorded with Dolly Parton, Al Jareau, Alabama, Sir Cliff Richard, Kenny Rogers, Hugh Jackman, Luke Bryan, Trisha Yearwood, Lee Greenwood, and Charles Esten.

The amount of prep work it takes to prepare for these shows is immeasurable. Not only does each band member have to be an excellent reader, but also know how to listen and study the music and write your own detailed charts. The artists do not furnish detailed drum charts. At best, I might get a lead sheet with only the song form or arrangement, or a Nashville number chart, but they never have the signature drum fills or groove patterns written out, so I transcribe my own, note for note. I put in hours of music study and individual practice before I show up to rehearsal. You have to be totally prepared before you show up to your one and only rehearsal, which is usually the day of the show. One of the most important skills that we learned doing so many TV shows was being able to listen to a new song one or two times, make a chart on the fly, and play it back perfectly the first take, much like the way you would do in a recording session. 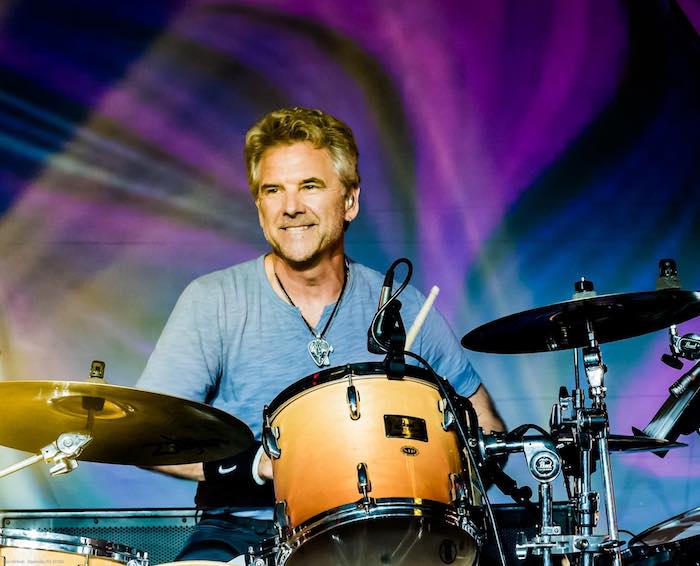 The main point I’d like to get across is that when you’re in a house band that’s playing for a large number of stars and it’s anywhere from twenty-five to fifty songs in a show you must become a musical chameleon for each and every song. Each artist wants to hear his song played the way they’re used to hearing it. So, if I’m playing “I Keep Forgetting” with Michael McDonald, I’m trying to channel my best Jeff Porcaro. Same goes for playing “School’s Out” with Alice Cooper, or “Tom Sawyer” with Alex Lifeson. I learn all these parts note for note and do my best to play them like each artist is used to playing it live. It’s never about me making my personal musical statement. It’s about the song and the artist being comfortable with my band and me playing it. That approach has served us well, as we have now worked with dozens of guest star artists on multiple occasions for many years now. Thanks to Modern Drummer and to you for reading!

For more on the band, visit www.sixwire.com.