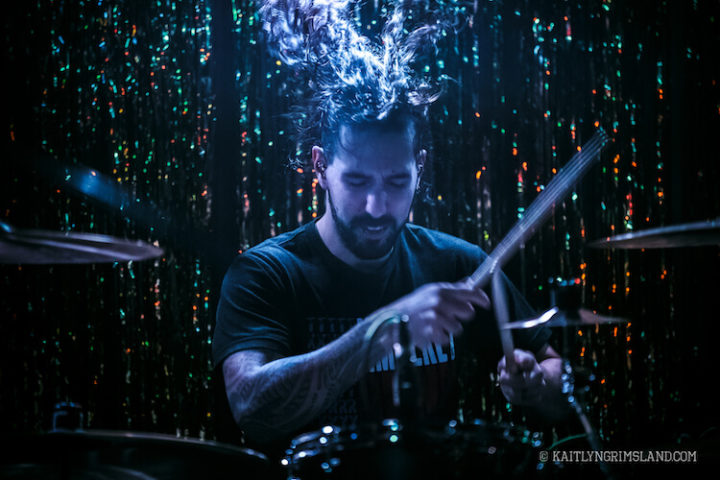 Hello Modern Drummer family and drum community! It’s great to be featured here for the second time (see link below for my first OTB). I’ve been playing drums since I was eight years old, and professionally for more than ten years.

After establishing a successful career in the music industry in Tel Aviv, Israel, I decided to make a leap of faith and start my career from scratch in Austin, Texas. Since the move in 2013, I’ve developed myself as a session drummer, teacher, co-owner of Evil Snail Studios, a signed artist via the band Seek Irony, and now I’m very excited to bring a new project to the world, Empty Trail.

I got the chance to meet Rick Lambert, vocalist-guitar player of Empty Trail, and we hit it off. I recorded a couple tracks from previous albums that led to the development of the band’s current sound. Since joining, we have been creating a local scene and working on a stream of singles in the studio. After a year of hard work, we’re very excited to release the first single, “My World.”

As for gear, I have never used anything but Sabian cymbals. All my influences use Sabian, so it was natural for me to find myself a part of their family. I use 55 AB Red Hickory by Los Cabos drumsticks—I’ve never used a more durable drumstick in my life! For drumheads, Aquarian has redefined my sound. I use Dixon drums because I’m a hard hitter and believe in powerful playing. They have helped me bring that energy into the art I’m involved with. My gear is really precious to me, so knowing it’s always protected with the best cases in the world, Humes and Berg, gives me peace of mind.

Thanks for reading and I hope you enjoy the song! Meet you all on the road!

For more on the band, visit www.emptytrail.com.

Rom Gov Talks Moving From Tel Aviv to Austin in his first “OTB” .