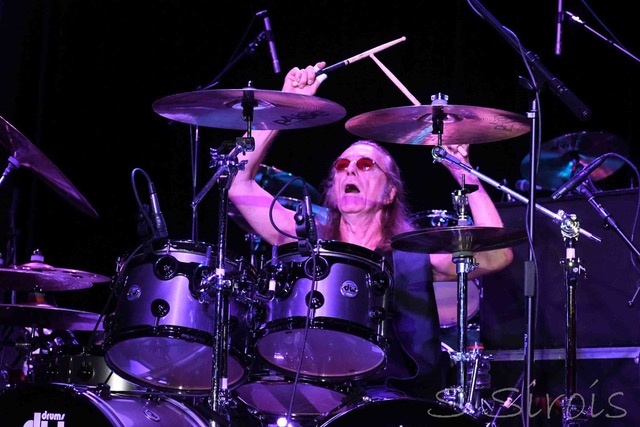 Talks About Projects and Recordings

Hello! Roger Earl here, writing from Long Island, New York, my adopted home. I grew up in SW London during the ’50s and ’60s, listening to American music like Jerry Lee Lewis, Little Richard, Muddy Waters, and Chuck Berry. In fact, it was after a Jerry Lee concert that I decided to be a drummer. My early influences were Francis Clay, Willie “Big Eyes” Smith, Freddie Below, and Earl Palmer. Both my father and brother Colin (Mungo Jerry) played the piano but since I couldn’t get near it, I decided to play drums!

In 1968 I joined Savoy Brown and played on five of their albums between 1968 and 1971. I was fortunate to work with the exceptional producer Mike Vernon and the brilliant engineer Roy Baker. The exciting thing for me, even as a young musician, was that I got to play with great people. It really helped raise my game since I had a totally free hand in how I played both live and while recording. It was a real learning experience and lots of fun—maybe too much fun!

We formed Foghat in 1972 and I once again had the chance to work with great producers and musicians. Dave Edmunds produced our first album. And later, while recording the Energize album in New York, I got to play alongside one of my musical heroes, Bernard Purdie. What I took away from those sessions was something Bernard said to me: “We’ll play the song once to get the arrangement, the second time to get it right, and a third time for fun.” That would stay with me forever. Because if you have to play a song more than three times it’s time to move on. 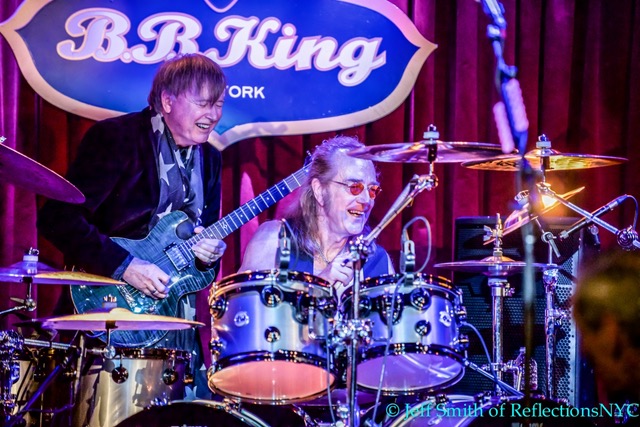 Recording Fool For The City in Sharon, Vermont was also a cool experience because other than the first album, most Foghat recordings were done on the road while touring. For this one, we took three months off. I was also particularly proud of Foghat Live (1977) since it showed the band playing at its peak.

Foghat still tours nonstop, but in my spare time (LOL) I now have a cool side project called Earl and the Agitators. This band features Scott Holt (vocals/lead guitar) who played with Buddy Guy for ten years, along with Foghat slide/lead guitarist Bryan Bassett and Foghat bassist Rodney O’Quinn. We open up for ourselves (Foghat) sometimes. I love to play! Earl and the Agitators is a combination of rock, blues, and country and we recently released a new CD Shaken And Stirred, which hit the Billboard blues charts at number eleven.

I’m endorsed by DW drums, Paiste cymbals, and Promark sticks. I use the Roger Earl signature sticks and the shells on my current kit are maple and mahogany with stainless steel paint finish. I also use 13″ and 14″ rack toms, 15″ and 16″ floor toms, 22″ and 23″ bass drums and DW direct drive pedals (Ferraris for the feet). Bang Bang. Keep on rockin’!

Watch a Slow Ride clip from “Live in St. Pete” at