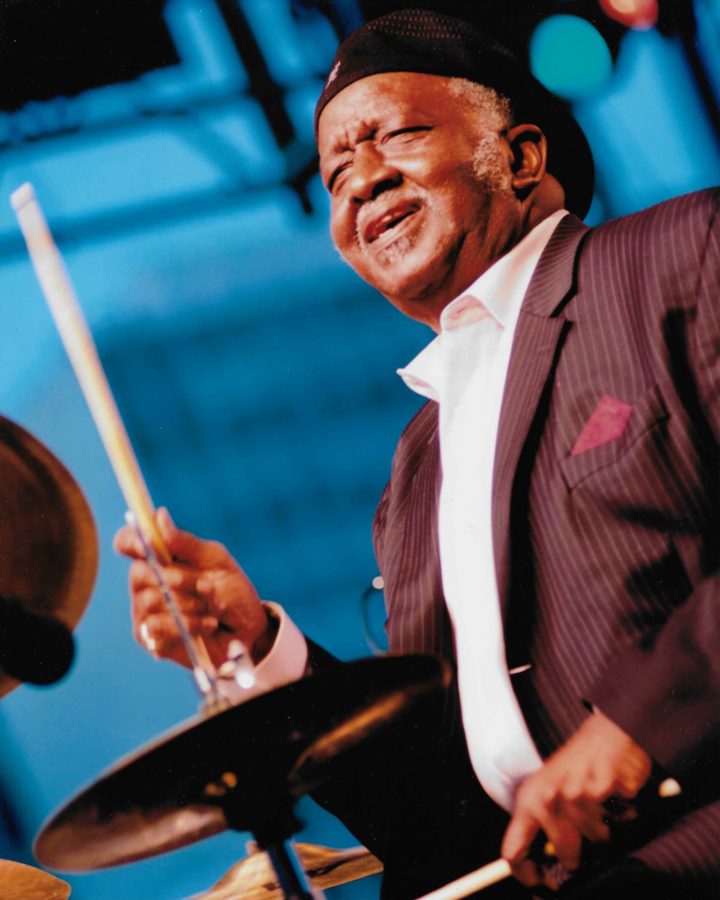 Bernard Purdie, the famed drummer known for his work with Aretha Franklin, Steely Dan, and hundreds of other top artists, is partnering with Modern Drummer on the audio premiere of “Cool Down,” the title track to his brand-new solo release. “The album’s producers, Pete Shand [bass] and Brian J [guitar], originally wrote the basic chords of the tune over a straight beat,” Purdie tells MD. “But I decided to put the ‘Purdie Shuffle’ on it so it could really pop. The shuffle feel bobs and weaves around a linear bass groove, always pushing with the hi-hats. Ivan Neville added his effortless funk, and we rolled. I just love his playing on the song—his piano work is amazing and locked in to the whole groove while still soloing on the outro. The verses have an eccentric ’70s vibe doubling the melody, with a Rhodes through a spring reverb amp. The catchy, hopeful vocals of the chorus really make ‘Cool Down’ an anthemic piece of music.”